The Ford GT70 Is the GT Supercar You Never Knew Existed 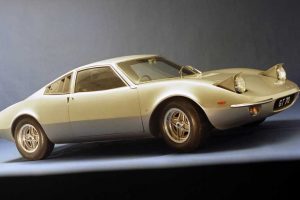 At this point, there’s not much new we can contribute to the Ford GT40/GT mythos. The Blue Oval’s mid-engine 24 Hours of Le Mans dominator has enjoyed media coverage ad nauseum; heck, the story of how Ford and Carroll Shelby’s crew handed it to Ferrari in France even spawned the big-budget blockbuster Ford v Ferrari in 2019. Aside from the instantly recognizable Ford GT supercar of 2005-2006, we also levied review after breakdown each time there were news updates for the recent revival of the Ford GT. Barring a new variant of the GT making a surprise debut, there isn’t anything we can add to the Ford GT program on a surface level—even if we turn the spotlight on the Ford GT70.

Gotcha! Never heard of the Ford GT70? We’re not surprised; Ford built only six GT70 prototypes built before it canned the program in the early 1970s.

Rabid, well-informed Ford fans know Ford of Europe is essentially a semi-autonomous unit operating under the greater Ford umbrella; it develops its own cars, trucks, and vans for consumption across the pond. Occasionally, us Yanks get a crack at some European product—the prior Focus, Fiesta, and today’s Transit van being examples—but we were never privy to some of Ford’s hotter European stuff, including the awesome Ford Escort.

Underneath Ford of Europe’s purview, Ford U.K. made quite the name for itself on the big-time rally stage in the late 1960s, chalking up wins across the continent in the mini-but-mighty Escort, culminating in a sound defeat at the 1970 Rallye Monte Carlo at the tailpipes of dedicated sports cars like the Porsche 911 and Alpine A110. As Ford had already put the brakes on the successful but massively expensive GT40 program in the late 1960s, Ford of Europe’s motorsports branch hoped to capitalize on the less-costly world of rallying. It wanted to create a purpose-built sports car to reclaim past rally glories, and it set to work after the Monte Carlo loss. Hence, the Ford GT70.

The company tapped mid-engine mastermind Len Bailey for the car’s primary design; Bailey already proved his mettle as a key developer on the GT40 and subsequent failed P68 project.

The idea was simple, but carried a few complications, namely the requirement that the resulting design be tough enough to win rallies—and quick enough that it could play well on the race circuit as well. On top of that, in order to qualify for the starting grid to begin with, it would have to be production-friendly enough to facilitate a 500-odd run of customer cars.

The resulting Ford GT70 was promising. The svelte fiberglass body—penned by Ercole Spada—hid either a 1.6-liter DOHC 16-valve Cosworth BDA four-cylinder, or a hopped-up, mid-mounted 2.6-liter Cologne V-6, and a five-speed manual transaxle. Power was reported to be somewhere between 200 horsepower and 240 hp, depending on engine and tune—more than enough for the 1,700-pound GT70.

Unfortunately, early testing revealed a frame that lacked competent rigidity, and the few races the Ford GT70 entered were plagued with mechanical problems and teething issues. Despite a sizeable initial investment, Ford lost interest, and the Escort continued to handle Ford’s rally duties until later success with the Sierra and Focus. In the end, only those six Ford GT70 prototypes were built, rather than the originally planned 500-unit run.

So, not quite the success enjoyed by the GT40s and later GT road cars, but the failed Ford GT70 remains one of the more fascinating bits of the company’s history, even if it is mostly lost to the sands of time. Want more? Keep an eye out at vintage motorsports events in Europe—several Ford GT70 prototypes are still seen occasionally on the competition stage.