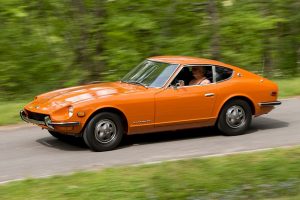 The world of sports cars was very different in 1969, when the first Datsun 240Z made its debut at the New York Auto Show. The early 1960s may have offered a mix of approaches to performance cars, owing to a number of popular European cars that made their way stateside to offer competition to domestic cars, but the latter half of the decade was firmly gripped by muscle mania. This made the debut of the the original 240Z seem like a breath of fresh air, and while its full legacy was not known at the time, it certainly made a few other automakers sit up and pay attention.

The revolutionary nature of the original Z car may have been difficult to appreciate in the fall of 1969, without the benefit of 51 years of hindsight. Datsun was a very different marque at the time, one that had been known largely for its small roadster when it came to sports cars, while offering small and frugal sedans at a time when American cars were neither small nor frugal. And Japanese cars as a category in the U.S. were still largely known as small and quirky sedans and coupes, competing with the likes of NSU, Skoda, Citroën, MG and others at catchall import dealerships on the two coasts. The Datsun 2000, meanwhile, played entirely in this orbiting group of small, foreign sports cars and was understandably mistaken for a British roadster by some. 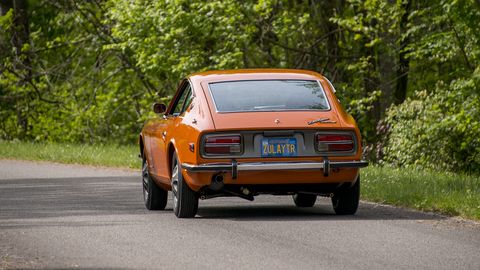 The 240Z changed Datsun’s image in the U.S. almost overnight, offering a spacious but not excessive footprint, a comfortable cabin and a well-balanced exterior design. We may have grown used to the look of the original 240Z by now, but back in the autumn of 1969 it was not only an entirely new look for a Japanese sports car, but its overall design seemed to be a decade ahead of the competition, which tended to be much larger in size and far less nuanced in all aspects.

“An affordable, reliable sports car with style and comfort that could be used for daily driving was unheard of at the time,” Nissan said. “With a base price of $3,626 U.S., the Z — known as the Datsun 240Z in North America — was a sports car that was accessible to anyone.”

And it wasn’t just the exterior design that seemed shocking to sports car buyers and the automotive world as a whole in 1969, one used to thinking of Japanese sports cars as small, British-style roadsters. The clean and uncluttered interior, design to fit like a glove as Datsun liked to point out, seemed purposeful but not ostentatious, preferring a quiet kind of elegance at a time when sports car interiors were either too snug or too large. 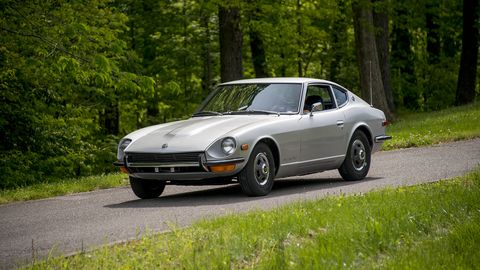 An economical engine in the form of a 2.4-liter inline-six in a sports car with a well-sorted chassis was another rarity of the time, when engines were either too small or too large. Everything about the 240Z seemed to be just about the right size. The 240Z looked sleek and sophisticated, and it didn’t waste gasoline just rolling around town.

“In short time, customers around the world were enjoying their newfound freedom to explore their favorite winding roads in style,” Nissan noted. “Sales jumped to more than 40,000 globally in 1970. A legacy was born with the first-generation Z, whose value, style and performance has continued to drive innovations in engineering and excitement, keeping the Z a segment leader for decades.” 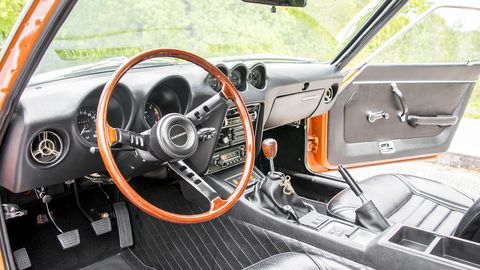 The same quiet elegance made the 240Z a design that had withstood the test of time even over the course of its first generation, which ran all the way through 1978. By then, the Z car, which had become the 260Z and 280Z in the process, hardly seemed dated even after receiving some mild visual tweaks.

The competition could not say the same for itself: The Ford Mustang had effectively folded in the 1970s, become a small and Malaise-ridden machine, while affordable domestic performance had gradually come to be represented by pale and compromised descendants of the muscle car era, albeit with far less powerful engines. In that span of time, between the debut of the 240Z and the arrival of the second-generation model, it was mostly much pricier European competition that had improved with time, namely Porsche, while the world of affordable domestic performance cars succumbed to the excesses of the 1970s.

Meanwhile, competition from Japan did not arrive in the U.S. until the second half of the 1970s with the likes of the Toyota Supra, Honda Prelude and the Plymouth Sapporo and Dodge Challenger, which were both Mitsubishi Galants sold by Dodge as captive imports in the U.S.

While the Supra took a more or less direct aim at the second-generation Z car, the Prelude and the Mitsubishi twins opted for something a little more luxury-oriented. What’s common to this crop of Japanese sports cars that debuted in the late 1970s is that they were all inspired by the original Z car in some fashion, and rolled out to a market now accustomed to sports cars from Japan. Throughout the 1980s the variety of Japanese sports cars would grow, capturing even more market share in North America than was thought possible in the 1970s.