As we recently reported, one of only four Commodore GTSR W1-based HVS Maloo utes ever produced sold for a staggering $804,000. Now, it turns out that this special machine can once again land in somebody else’s garage, as the company that won the auction is raffling away this special ute finished in “Light My Fire Orange.”

The winner of the bidding war, LMCT+, is an automotive marketplace that also runs car raffles that support charities. According to Car Expert, Holden Special Vehicles’ 636-horsepower supercharged LS9-equipped, manual-transmission ute is now set to beat such previous high-value prize items like a McLaren 720S and a Ferrari 488 Spider. According to its spokesperson, LMCT+ has already donated over half a million dollars to charities after issuing raffle tickets for such desirable machines, starting the games as low as $23. 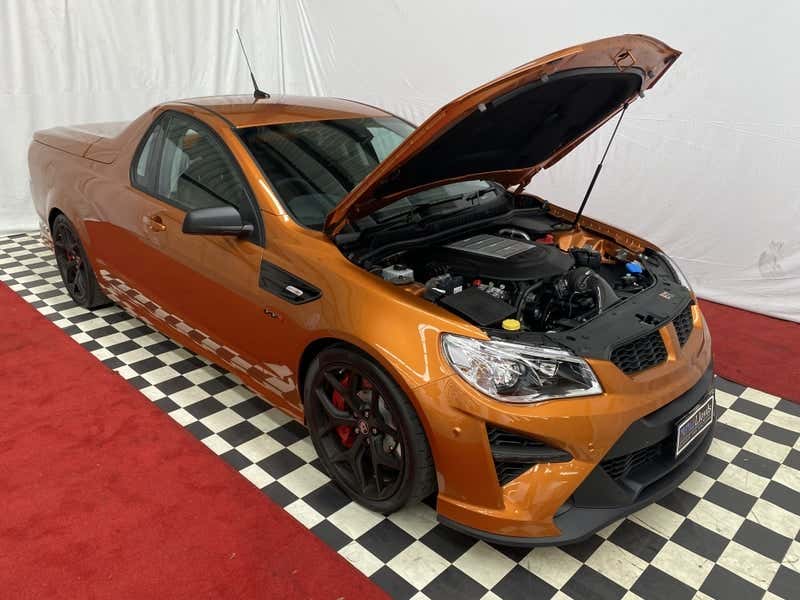 As for the rest of the ZR1-powered fleet, while HSV managed to produce 275 Commodore GTSR W1 sedans that were clearly designed to be the craziest cousins of the U.S.-spec Chevrolet SS, there was no business case for the Maloo by 2017, which lead to Holden’s racing division only building four specials before the gates got shut. The GTSR W1 Maloo is the same as the four-door family car except for its longer wheelbase. On top of a six-speed manual, it comes with AP Racing’s six-piston monoblock calipers grabbing 410mm steel rotors up front, Pirelli P Zero Trofeo R tires, and a carbon fiber trim package.

While this beast was also finished in 2017, the last-ever Holden made is a Commodore Series II SS V Redline rear-drive sedan packing 408 horsepower and 420 pound-feet of torque, which also recently sold for $570,000 at auction.

Possibly the most outrageous piece of contemporary Australian car design this side of an equally V8-powered Brabham BT62 track special, this orange ute of madness begs the question: when will Stellantis give us the Hellcat-powered two-door pickup we deserve?