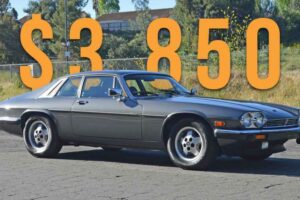 When you think of Barrett-Jackson, you probably think of rare cars worth hundreds of thousands of dollars. That typically includes celebrity cars, which were aplenty at the consignor’s Las Vegas event last week. Even Paul Walker’s 10-second Toyota Supra from the original Fast & Furious movie made an appearance and sold for an eye-watering $550,000.

However, Barrett-Jackon’s latest auction was exclusively no reserve, meaning that some screaming deals were in reach of even the most normal attendees. A total of 17 auctioned cars and trucks sold for under $10,000, including some classic luxury nameplates that you probably wouldn’t mind having in your driveway. 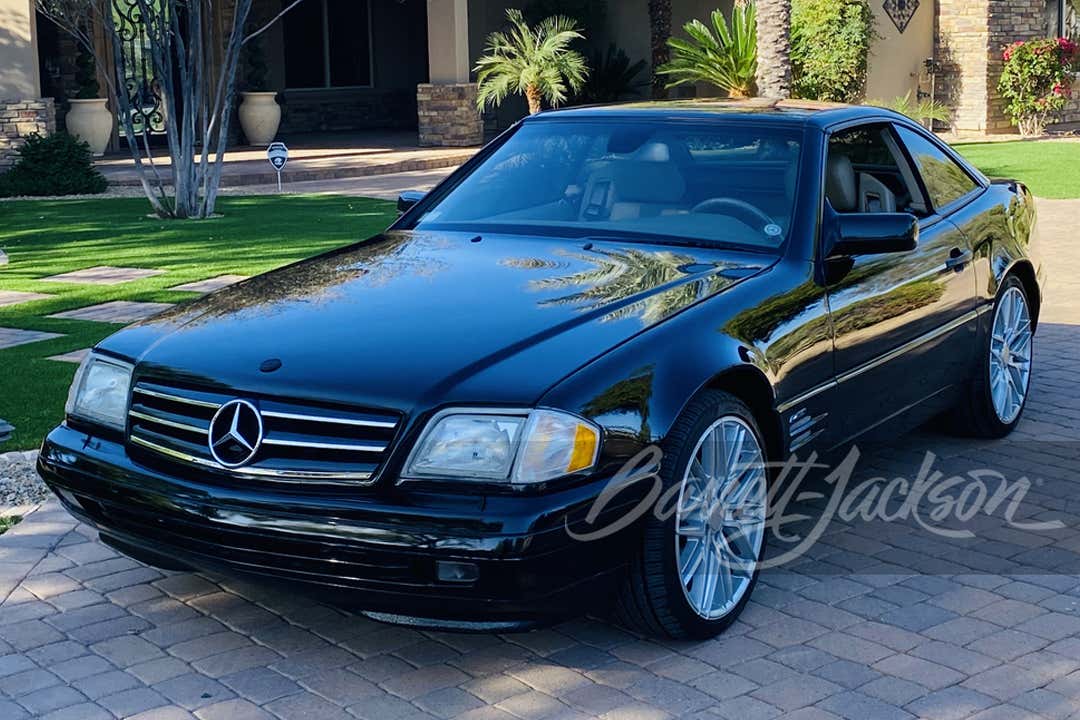 Before we get started, let’s go over the criteria we used when looking at the more than 800 auction lots offered in Vegas last week. First, the vehicle had to be a car or truck, meaning the dozens of minibikes weren’t being considered for this list. Next, the vehicle had to have a title, meaning no race cars (and there were a few of those). Lastly, they had to be cheap. Here are the most affordable vehicles matching that criteria. 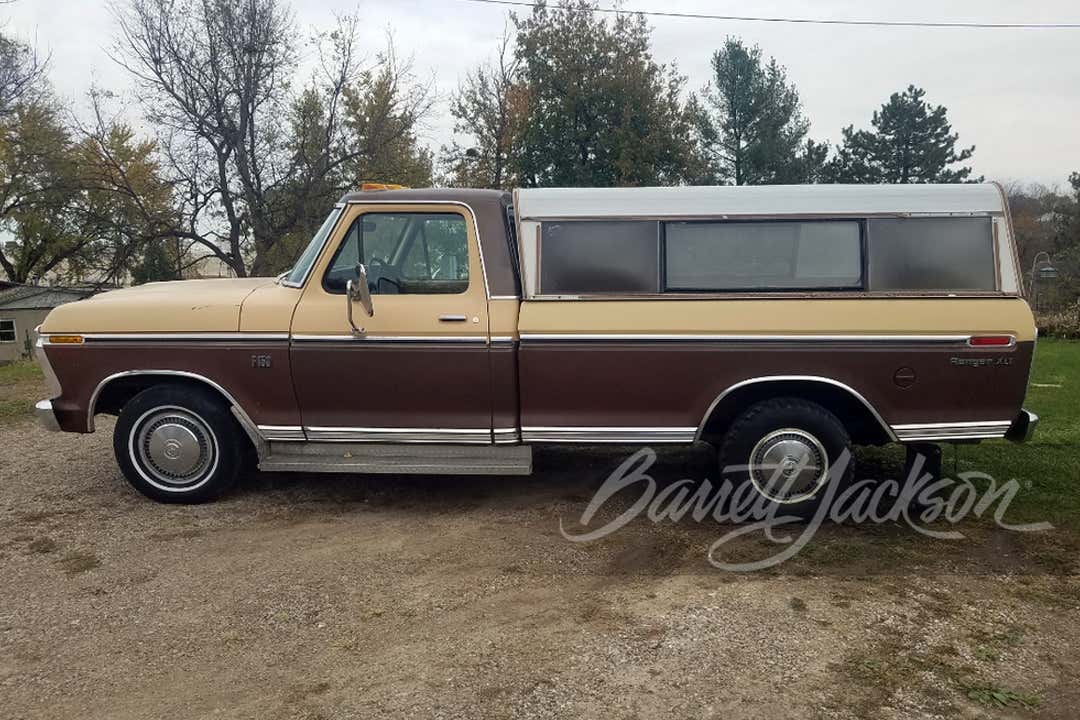 Sure, the truck has seen better days. Its peeling paint and rust-peppered patina signal years of proper use despite only having 122,280 miles. The Ranger XLT was the F-Series’ model-topping trim in its heyday and offered Ford’s truck-specific 360-cubic-inch V8 under the hood, mated to a three-on-the-tree manual transmission. 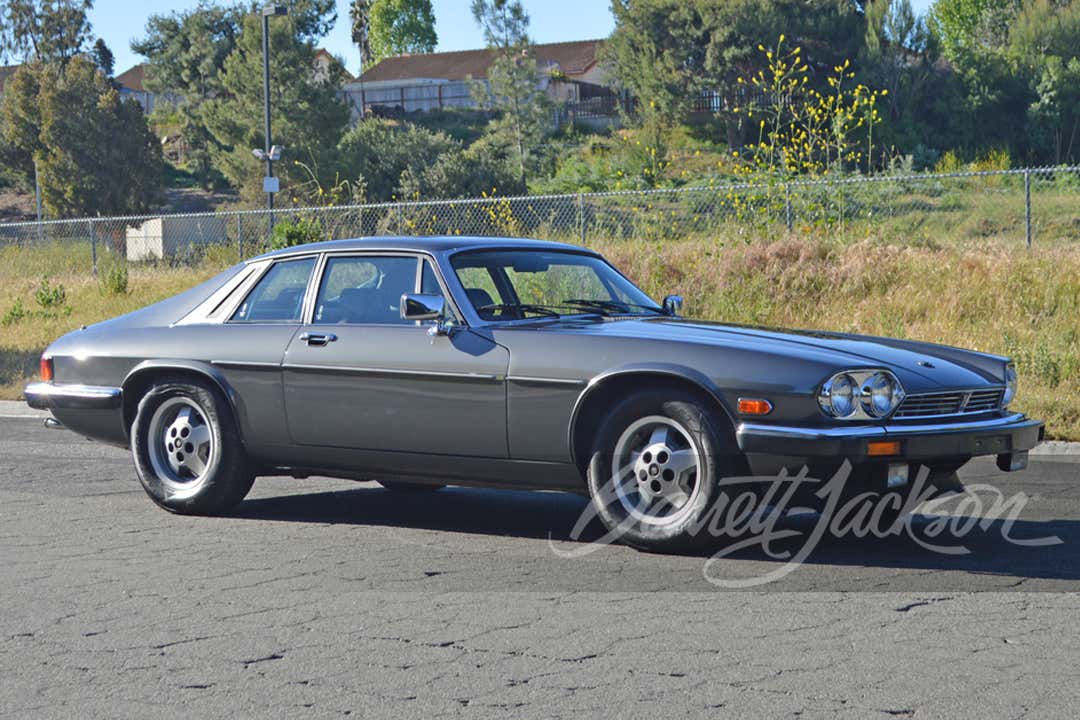 This long-nose Jag is a force to be reckoned with. Its robust 5.3-liter V12 engine makes 291 horsepower, enough to propel the car from zero to 60 miles per hour in about six seconds when coupled with the three-speed automatic transmission.

The previous owner had just completed an overhaul of some mechanical and electrical systems in the car, noting its regular maintenance and tip-top condition in the description. 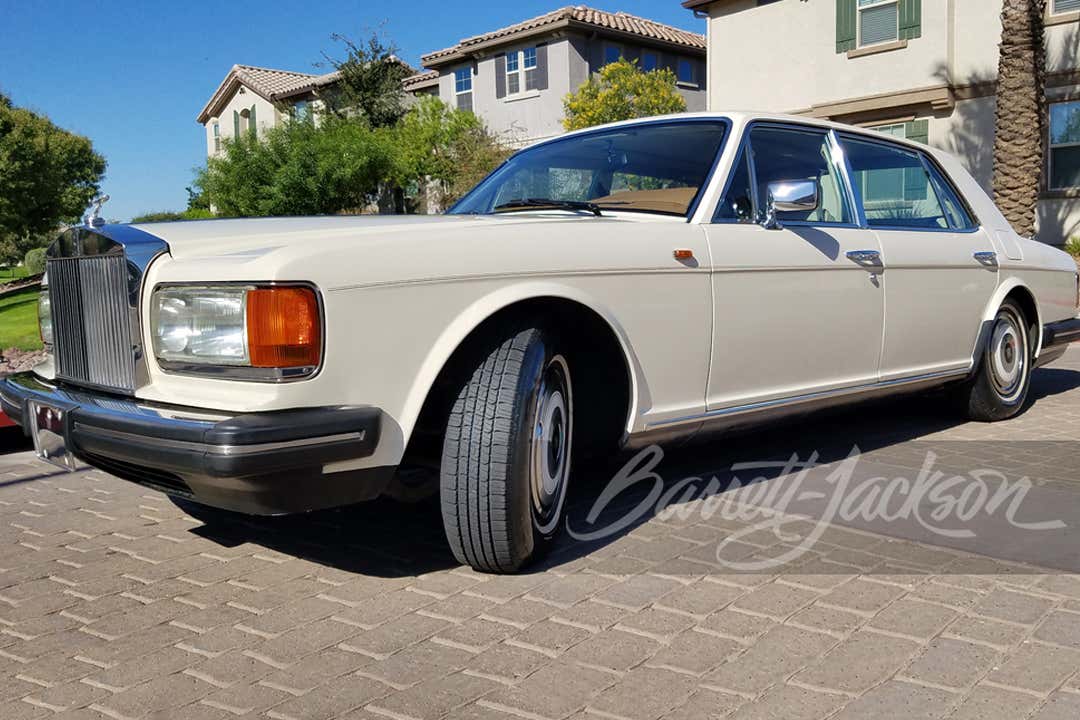 What’s that? Sorry, I couldn’t hear you from the backseat of my stretched wheelbase Rolls-Royce Silver Spur. It’s the pinnacle of luxury, after all, especially if you never left the year 1989.

The rust-free land yacht features a 6.75-liter V8 with more than enough power to move its 5,000-pound curb weight around. Its Magnolia paint job looks reminiscent of a summer drive down a stretch of 1980s California highway, while the white leather interior has seen better days. Fortunately, the lambswool carpet and African burl wood seat-mounted picnic tables are in great shape. 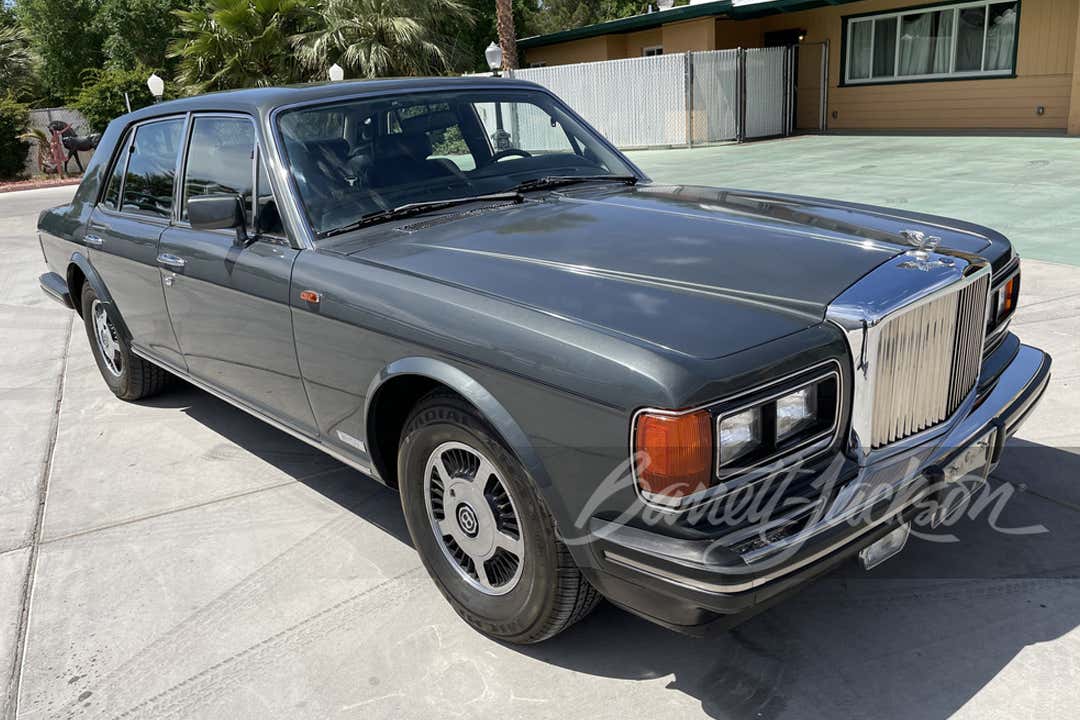 If you still want to roll in ’80s luxobarge style but can’t stomach being seen in a Rolls, there’s an alternative—I present the 1988 Bentley Mulsanne S.

Bentley produced just 61 examples of the long wheelbase Mulsanne S from 1987 until 1992, and while the S trim lacks the turbocharger found in the sportier Turbo and Turbo R trims, it still packs Bentley’s famous six-and-three-quarters V8. Fortunately, most people won’t be thrashing this car on the track, so the missing bump in power doesn’t hurt as much. 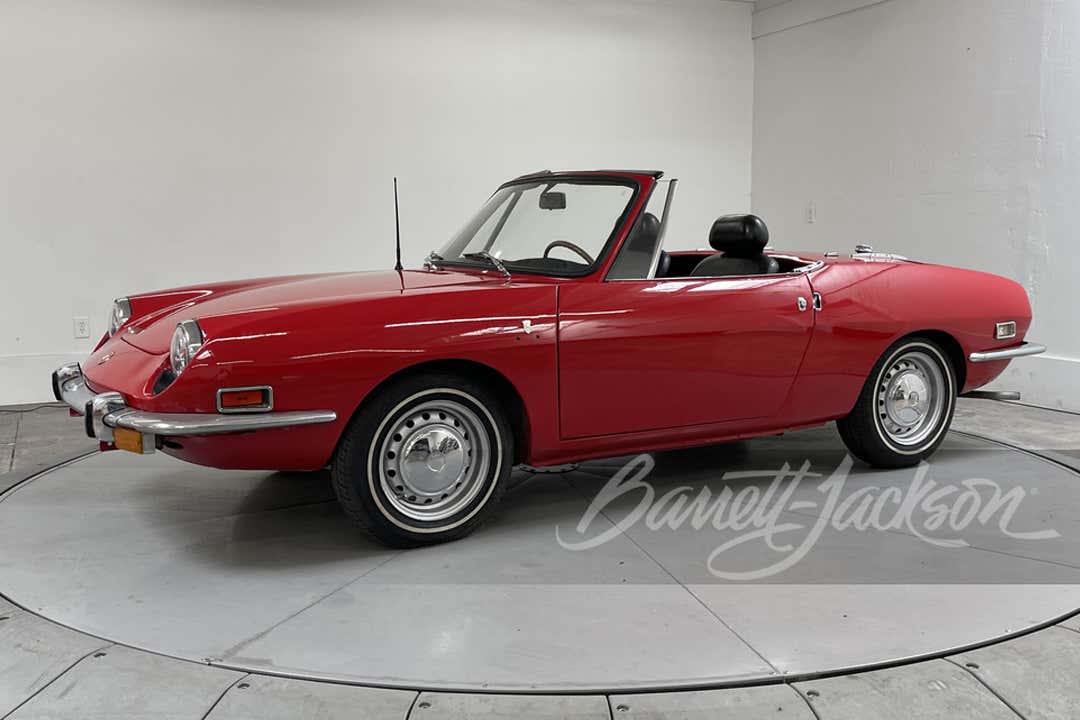 If luxury isn’t your game, perhaps consider something a bit sportier. This 1971 Fiat 850 Spider Special is a convertible two-seater that makes even the NA Miata seem bloated.

Its sleek Bertone-designed exterior with Viper Red paint perfectly complements its minimalist ’70s-roadster interior. Under the hood is a 49-horsepower, 843cc engine with a four-speed, row-your-own gearbox—a recipe for pleasant weekend driving in your little red car.

This classic sold for the same price as the Mulsanne S, a cool $6,600. 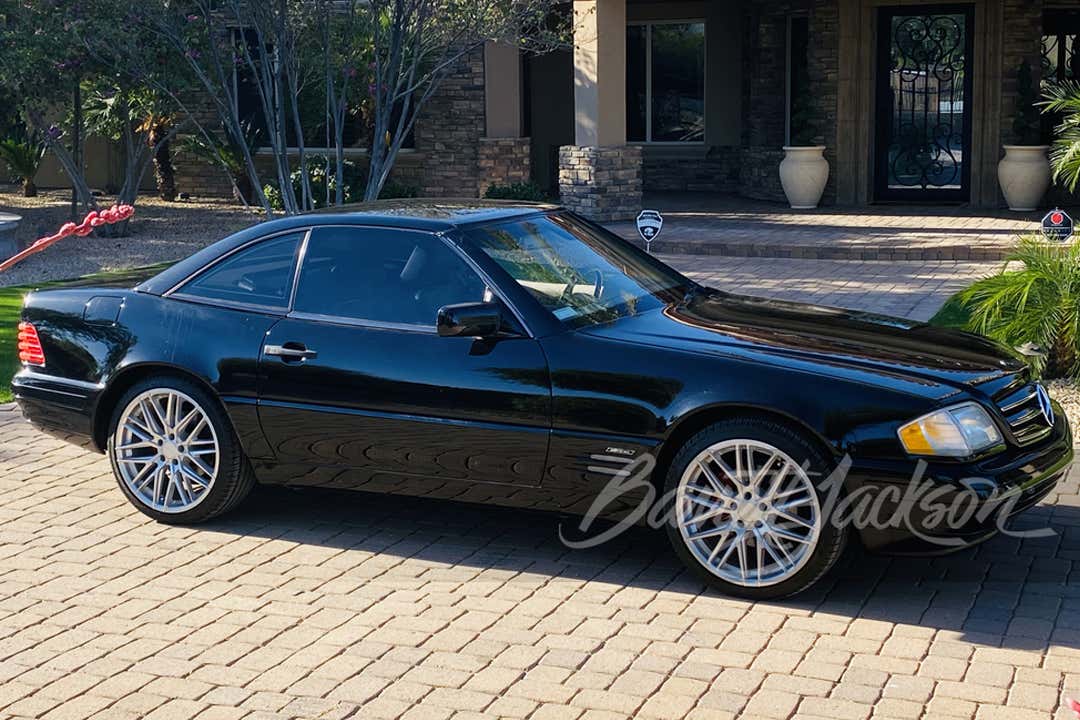 In its prime, the Mercedes 500SL filled the coupe-shaped hole between a roadster and a grand tourer. It was a pillar of luxury and speed, offering a stout 306-horsepower 5.0-liter V8 that powered the rear wheels—unfortunately through an automatic transmission, which is on-brand for Mercedes.

This example looks nearly flawless, its beautiful black paint glistening in the light and tan interior breaking up the monotony a bit. When new, the car was well known for offering luxury amenities like keyless entry, power everything, and a removable hardtop that could transform the look of the car from convertible to sleek coupe in seconds.

Meanwhile, on the opposite end of the price spectrum, the two highest selling cars that weren’t auctioned off for charity were Deadmau5’s 2015 McLaren P1 and a 1957 Mecedes-Benz 300SL Roadster, which fetched $1.57 million and $1.05 million, respectively.