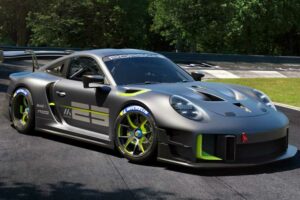 The 992-generation Porsche 911 may already be a couple of years into its life cycle, but the automaker’s motorsport division isn’t quite done with that car’s 991 predecessor just yet. Based on the already-outgone version of Porsche’s iconic sports car is the new 911 GT2 RS Clubsport 25, an ultra-limited track special made to celebrate the 25th anniversary of Manthey Racing.

Manthey, if you’re unaware, is a racing team that worked with Porsche to score seven wins at the Nürburgring 24 Hours, among other motorsport victories. Naturally, then, its 25th birthday present has been uncompromisingly developed for trackwork. 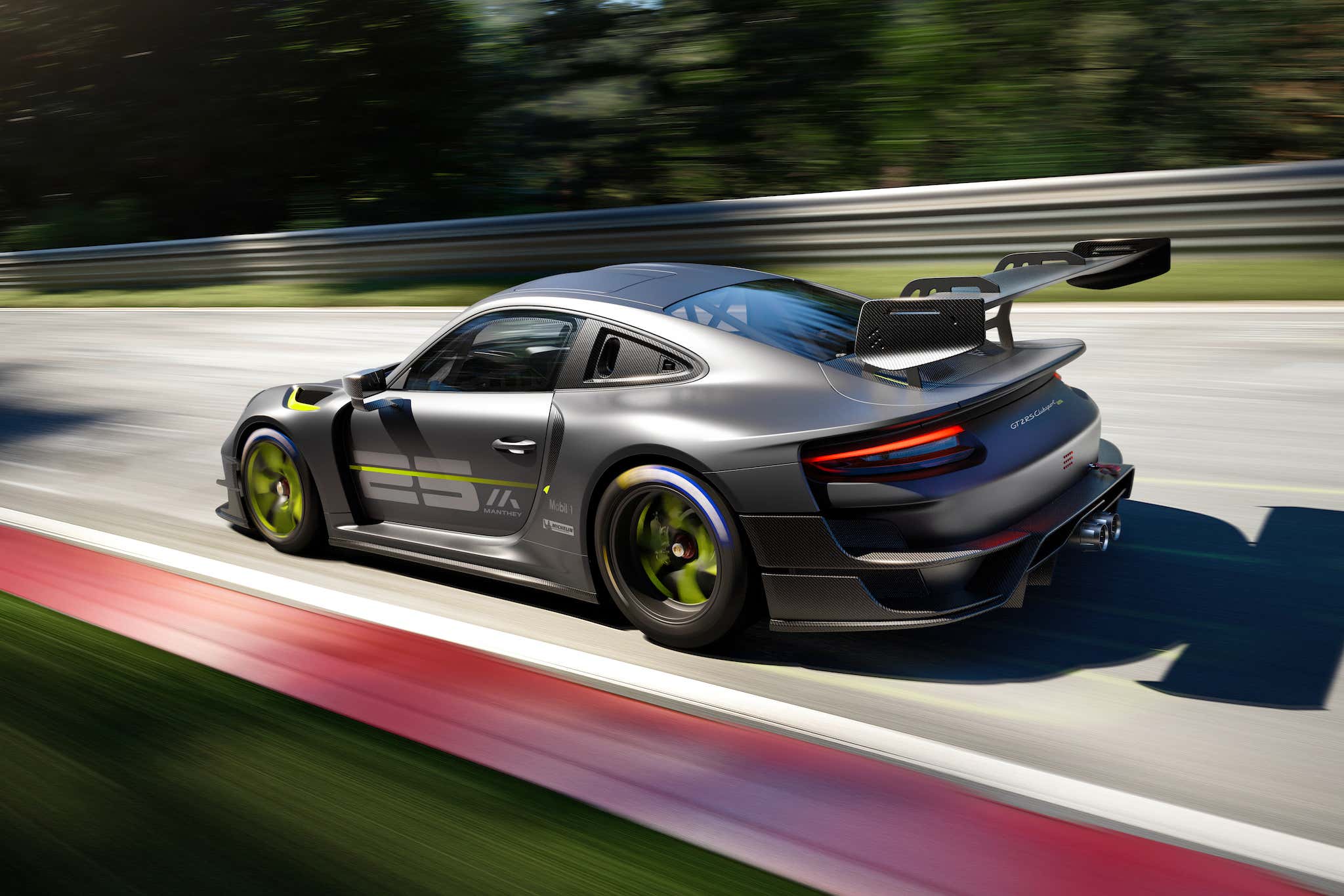 Based on the GT2 RS Clubsport—much like the extremely cool 935 revival from a couple of years ago—the birthday special is powered by a 3.8-liter, twin-turbo flat-six making 690 horsepower. That power goes to the rear wheels only through a seven-speed PDK transmission. And even though this is, strictly speaking, a 991-gen car, Porsche says the tech and aero at work here let it “bridge the gap” between 991 and 992.

For starters, its center-mounted radiator provides steady cool air while faring better in collisions and wheel-to-wheel fisticuffs. It sits behind a redesigned front apron that’s said to provide better front-axle downforce. This car’s aerodynamics are further enhanced by a completely closed undercarriage as well as a new front hood featuring two extremely large vents that channel air over the roof and towards the ultra-wide swan-neck spoiler. 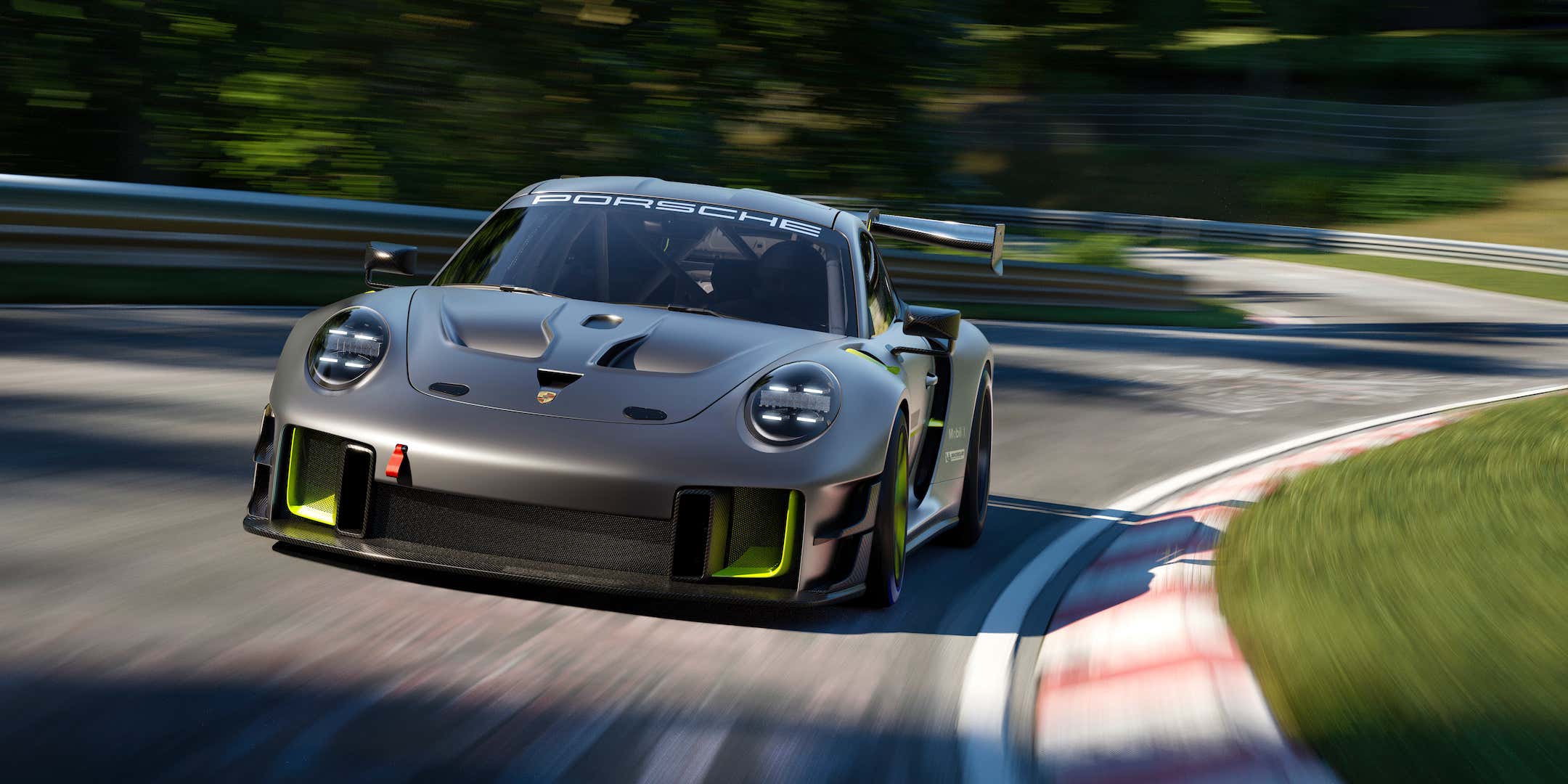 In the rear, it’s got two new ram air vents beneath the rear window that, of course, cool the engine while the rear diffuser is a Manthey-optimized design. The electronics and steering are taken from the aforementioned 935 and the welded roll cage on the inside is FIA-compliant.

It’s all wrapped up in a sinisterly wide-body rocking green accents inspired by the Manthey GT3 R’s “Grello” livery. 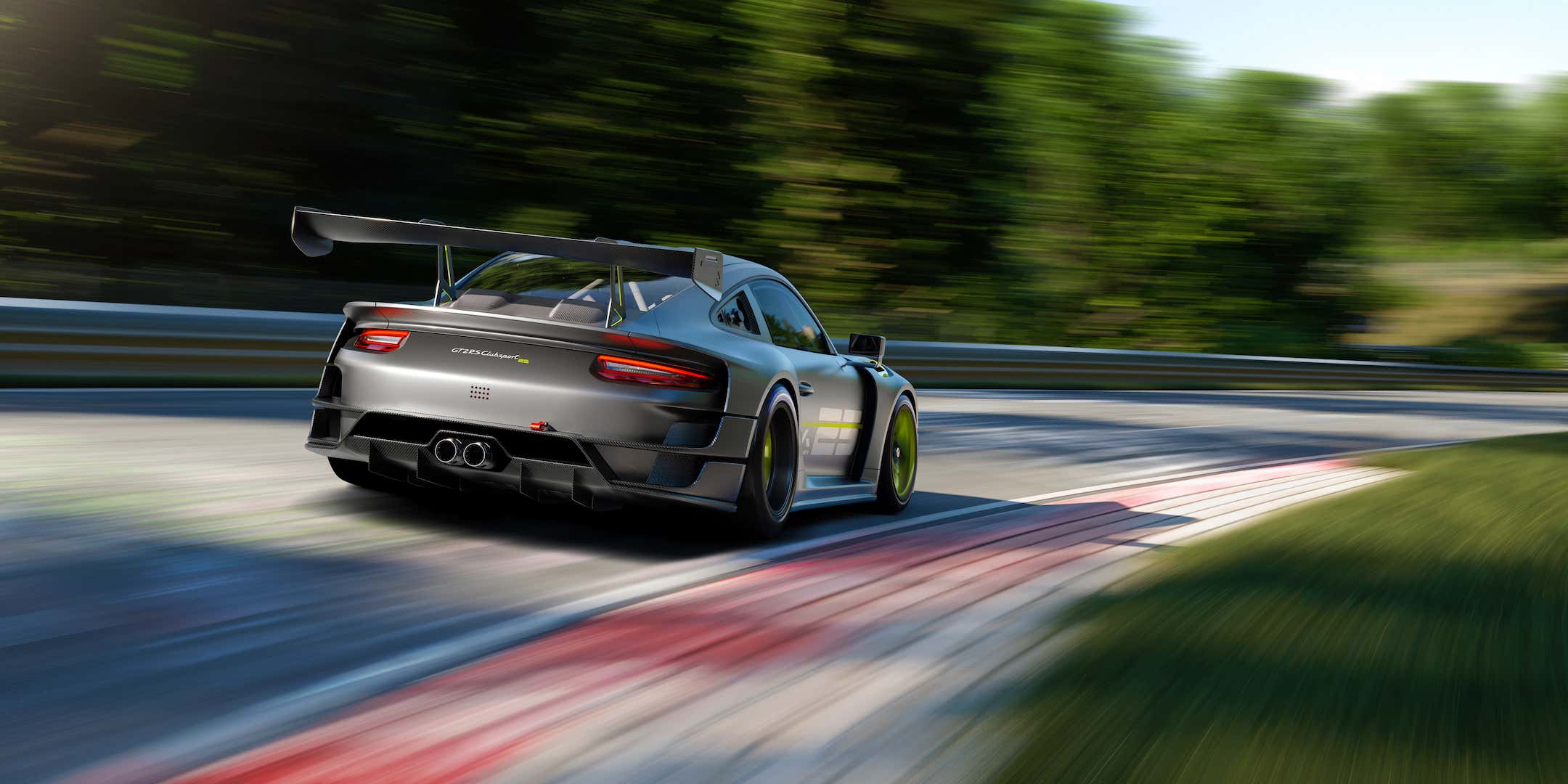 Now, we’ve got some bad news and some good news. The bad news is that the 911 GT2 RS Clubsport 25 will be limited to 30 units worldwide, just six of which will be allocated for North America. They’ll also cost $620,000 each before destination. The good news, believe it or not, is that this ultra-limited race-ready Porsche is not sold out yet and therefore can still (theoretically) be yours. Porsche has even set up an email account for those interested in placing an order: [email protected]

We’re not gonna tell you to spam that inbox with memes and pictures of Ferraris and McLarens, but we also aren’t going to tell you not to do that either. In any case, RS Clubsport 25 deliveries are slated to begin in January 2022. 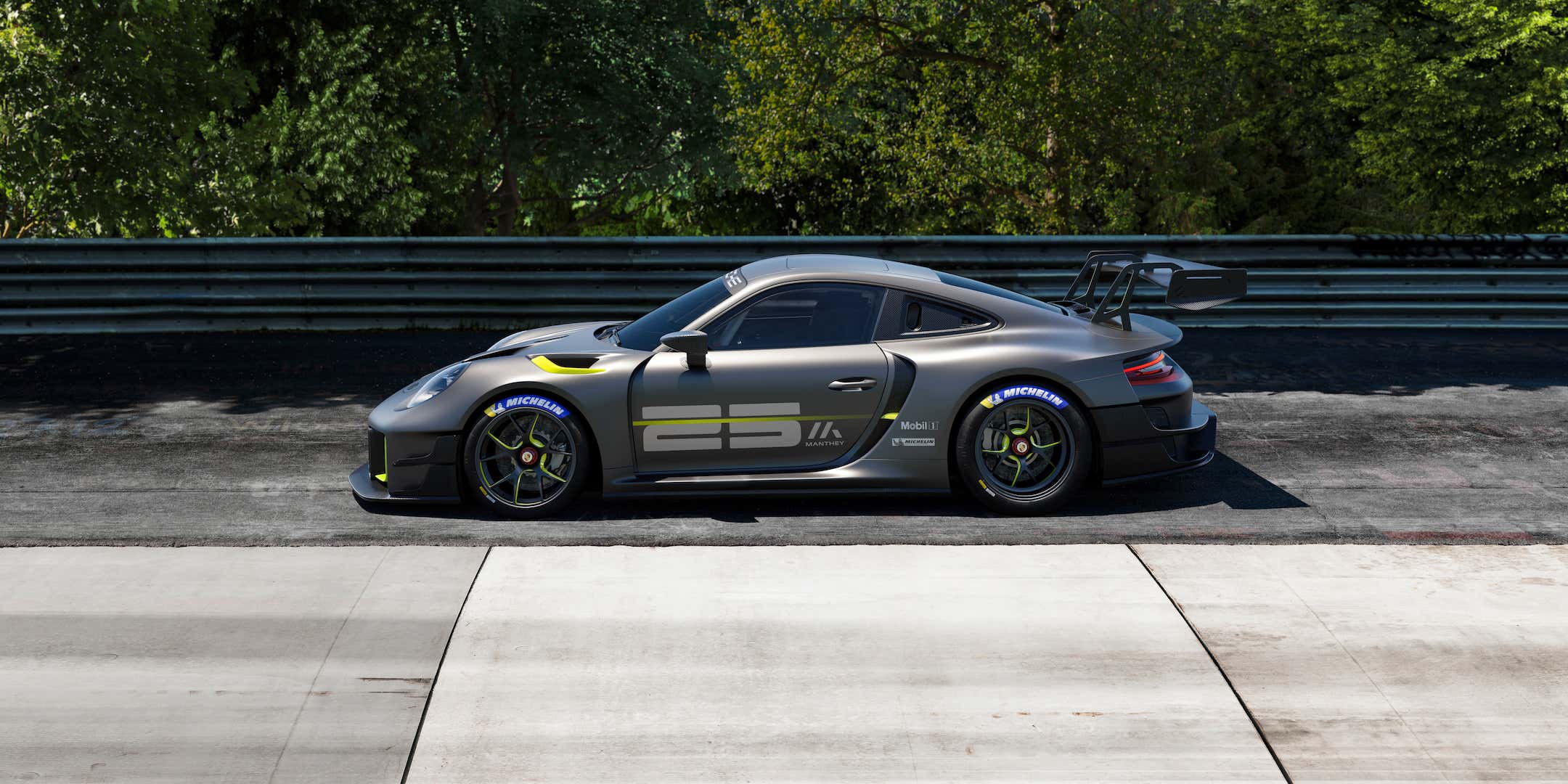 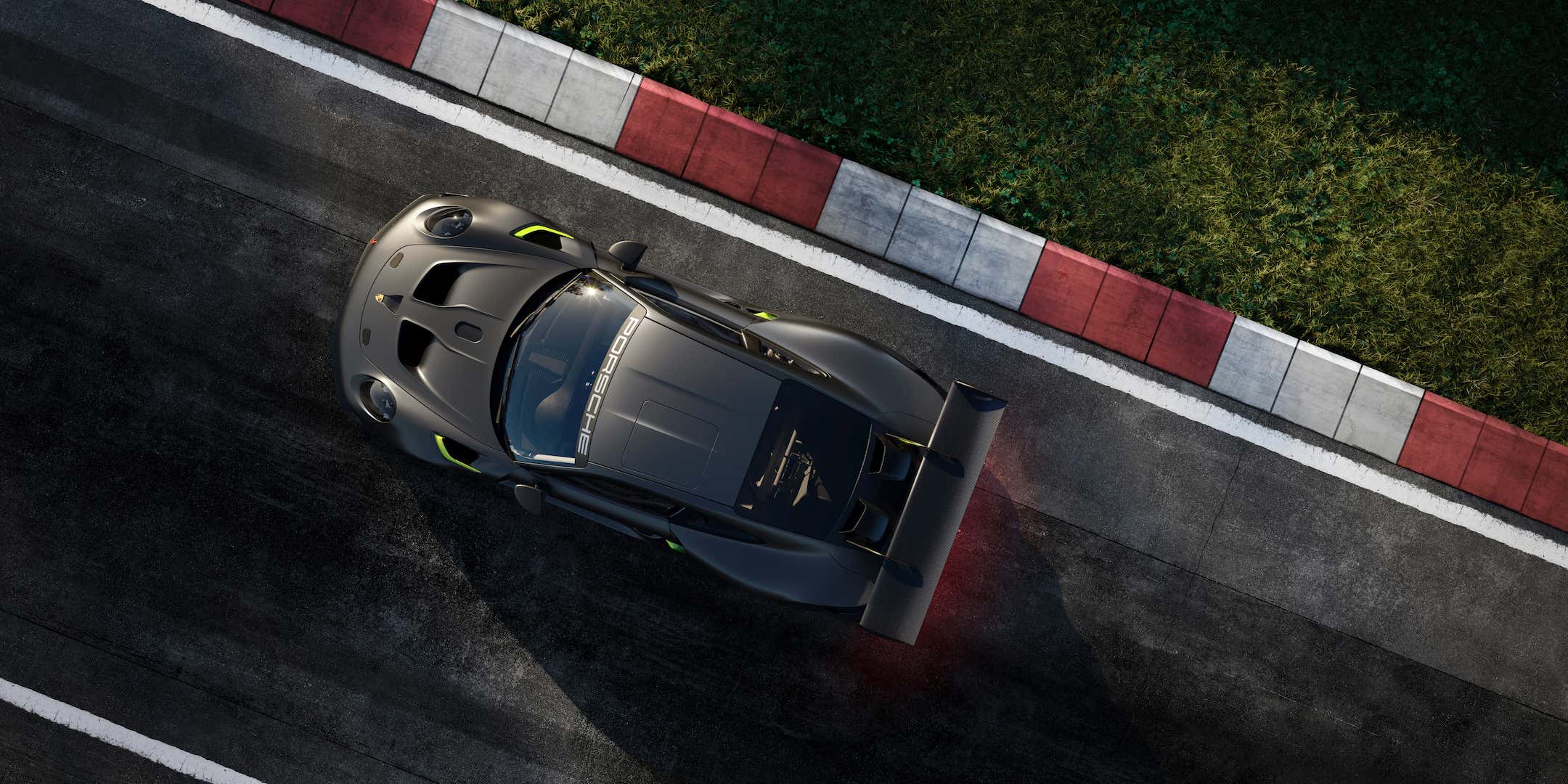