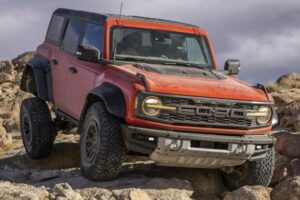 The 2022 Ford Bronco Raptor is finally here for real this time, powered by a 3.0-liter EcoBoost V6 with north of 400 horsepower and sporting standard 37-inch tires. Clearly, it’s the baddest Bronco yet. Everything’s as extreme as you’d expect, and some physical characteristics are even wilder than anybody thought would reach production. We’re talking about that crazy widebody, and more specifically, the innertube-style fender flares.

Of course, we saw these flares on pre-production development mules, but it was hard to get a good look at them with the rest of the body wrapped in camouflage. They’re unlike most every other factory flare out there as they’re mounted over the top of the fenders rather than underneath them. That gives them maximum coverage for the aforementioned 37-inch BF Goodrich KO2s, and they turn into a styling statement while also serving as a practical application.

Non-Raptor Broncos all have some sort of flares, no matter which trim you get. They sprout nicely from the body, they cover up most of the wheels, and they work. The Raptor’s flares are decidedly more extreme, but we need to talk about why they’re necessary in the first place. 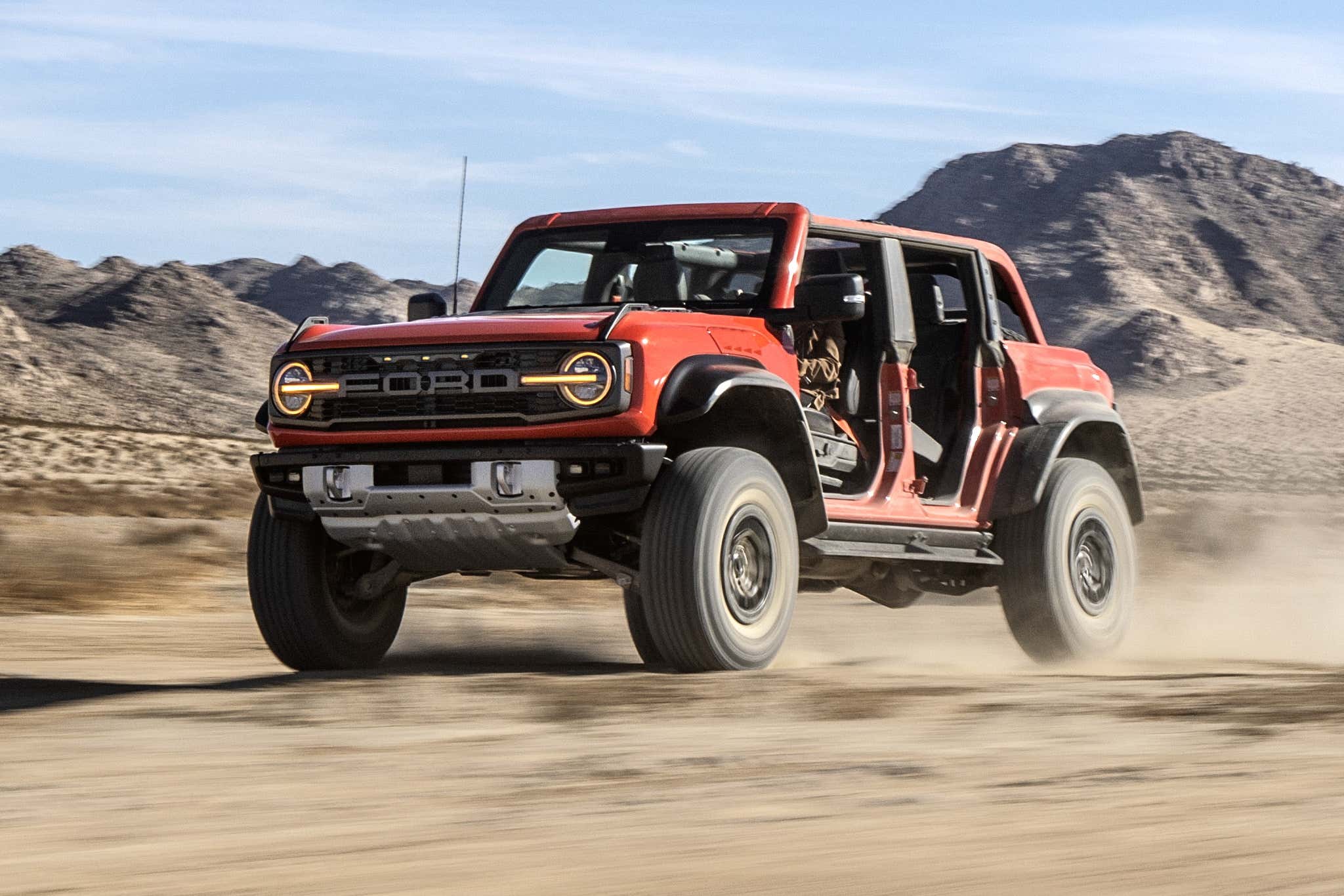 Simply put, it has everything to do with the Bronco Raptor’s massively wide stance. In every guise except the Wildtrak, the Bronco has a 65-inch track width, or the distance between the center of the tires up front or out back. The Wildtrak’s is about an inch wider on each side at 66.9 inches, while the Raptor’s is, astoundingly, almost nine inches wider compared to a standard Bronco. Its front track measures 73.2 inches and the rear is even a tad wider at 73.6. That’s a difference of 8.6 inches, or 4.3 inches per side.

For some context, the infamously huge GMC Hummer EV has a track width of 73.3 inches, so the Bronco is wider than the electric super truck in that regard. When it comes to overall width, though, the Blue Oval’s machine is slightly narrower at 85.7 inches versus the Hummer at 86.7.

So the increase in track width is why these unorthodox fenders exist. But what’s so different about them exactly? Well, they start with a boxed flare on the body and then transition into a regular flare, but a few inches later the angle changes. Then they stretch out a bit more, and the flare finally terminates with a chamfer. It’s… a lot compared to the simpler setup on regular Broncos. For reference, below are a few images of the trucks for comparison. 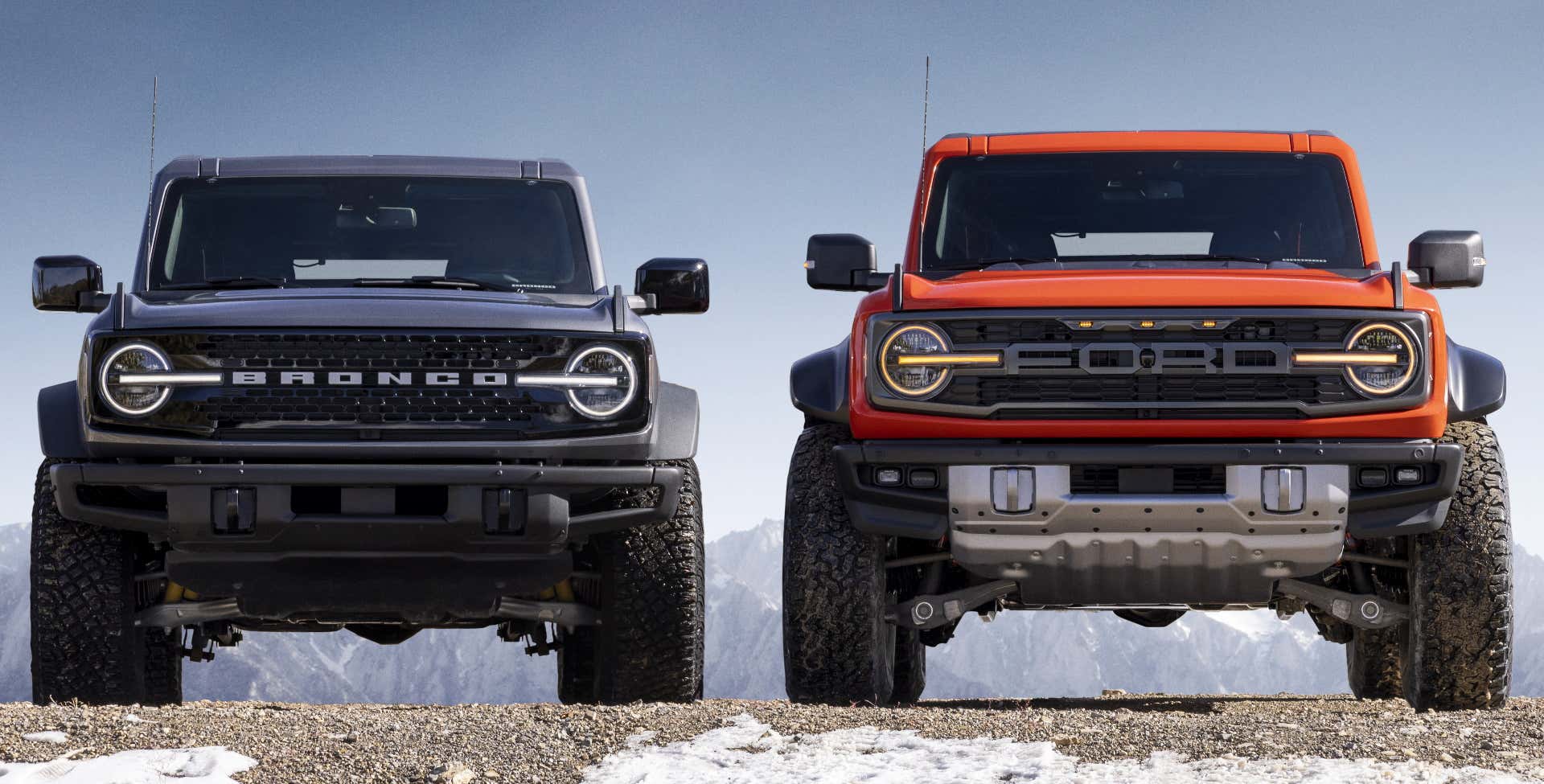 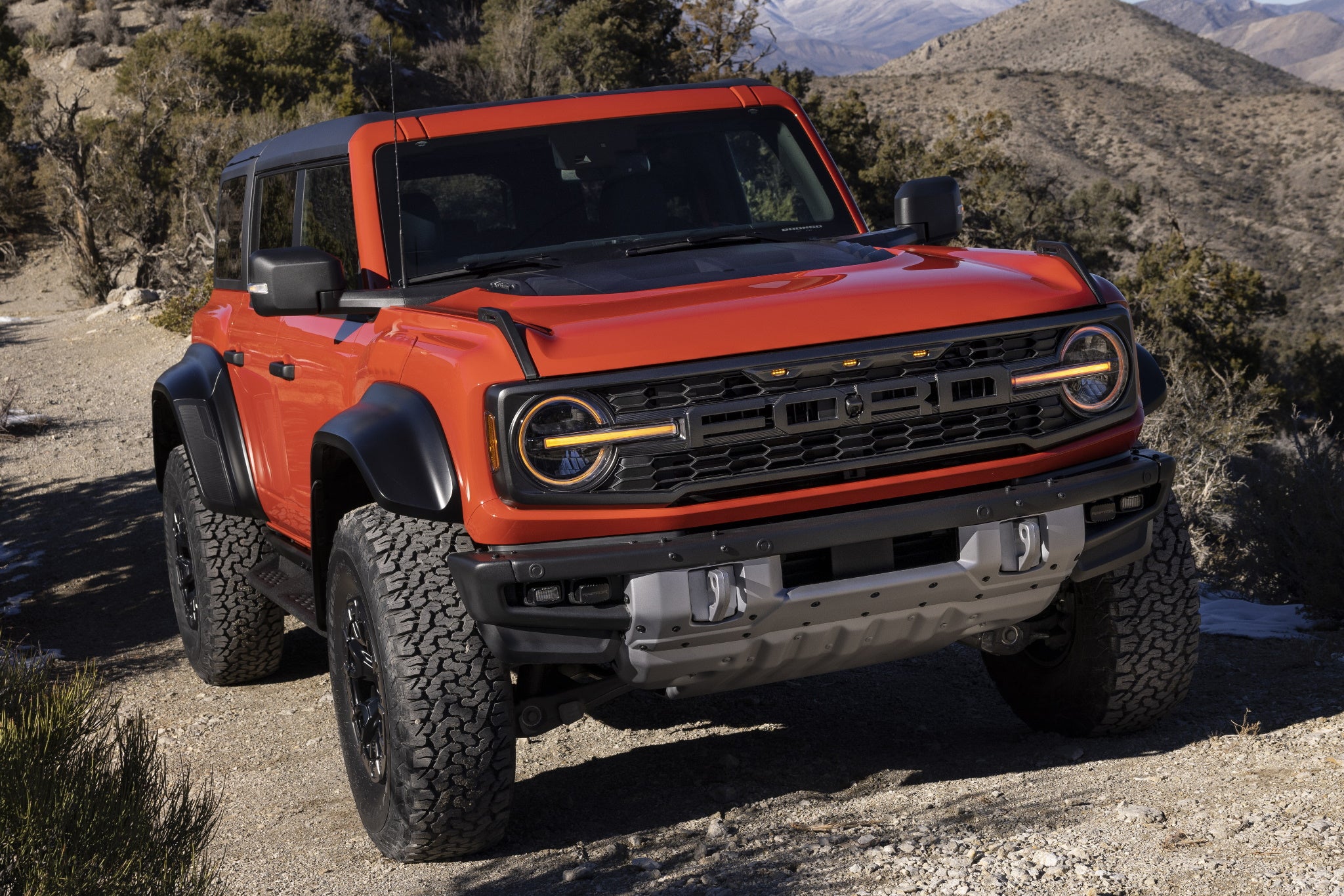 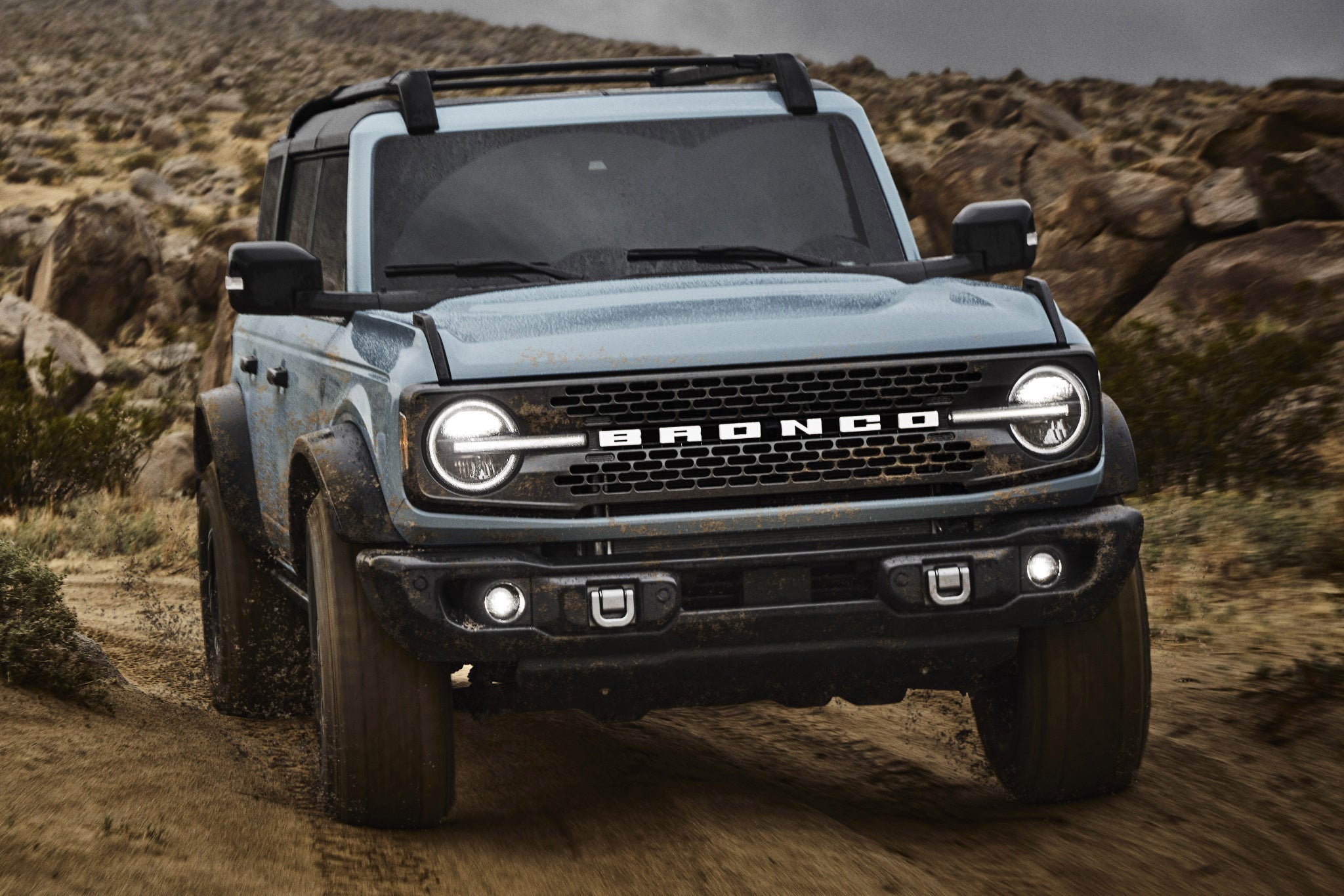 Everything gets chunkier, which some people will love and some people will hate. The body line that runs from front to back on regular Broncos now only covers the length of the Raptor’s doors, and the area around the front grille is bulged out considerably. The boxed fenders on the Raptor get cut up to accommodate some angry-looking vents as well, which are necessary for cooling the brakes that are shared with the F-150 Raptor. It’s not poorly done—far from it—but it does sort of mess with the Bronco’s regular handsomeness. It’s such a well-proportioned truck, especially in two-door form, that it’s hard to improve. That’s suffering from success, I suppose.