Home » Auto News » The 11.6-Liter, Big-Block Diesel Rotary Was Just Too Good for This World

The 11.6-Liter, Big-Block Diesel Rotary Was Just Too Good for This World 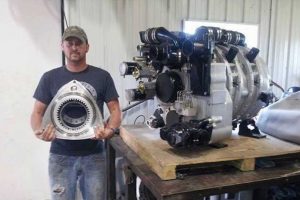 For all automakers’ efforts to perfect the Wankel rotary engine, its advantages over piston engines never seemed to materialize. Everyone from GM to Mercedes-Benz tried to make it work, but only Mazda stuck with it far beyond the experimental phase, and even it largely abandoned the Wankel with the RX-8’s discontinuation. Despite the rotary’s flaws, one American startup tried to argue the Wankel’s case—not in cars, but by bringing it to the waves in 11.6-liter, diesel-burning big-block form.

Named the Model 2116R, this Rotary Rex was the creation of an aspiring marine engine supplier Rotary Power International. Per archived marketing materials dated August 2000, the 2116R was a two-rotor unit with an aluminum block and a stratified direct injection system ignited by a spark plug, which, despite a low 8.5:1 compression ratio, would’ve apparently let the 2116R run on everything from gasoline to kerosene, diesel, or jet fuel. Peak output was said to be 1,000 horsepower at 3,600 rpm, and peak torque, about 1,550 pound-feet at 2,400 rpm. 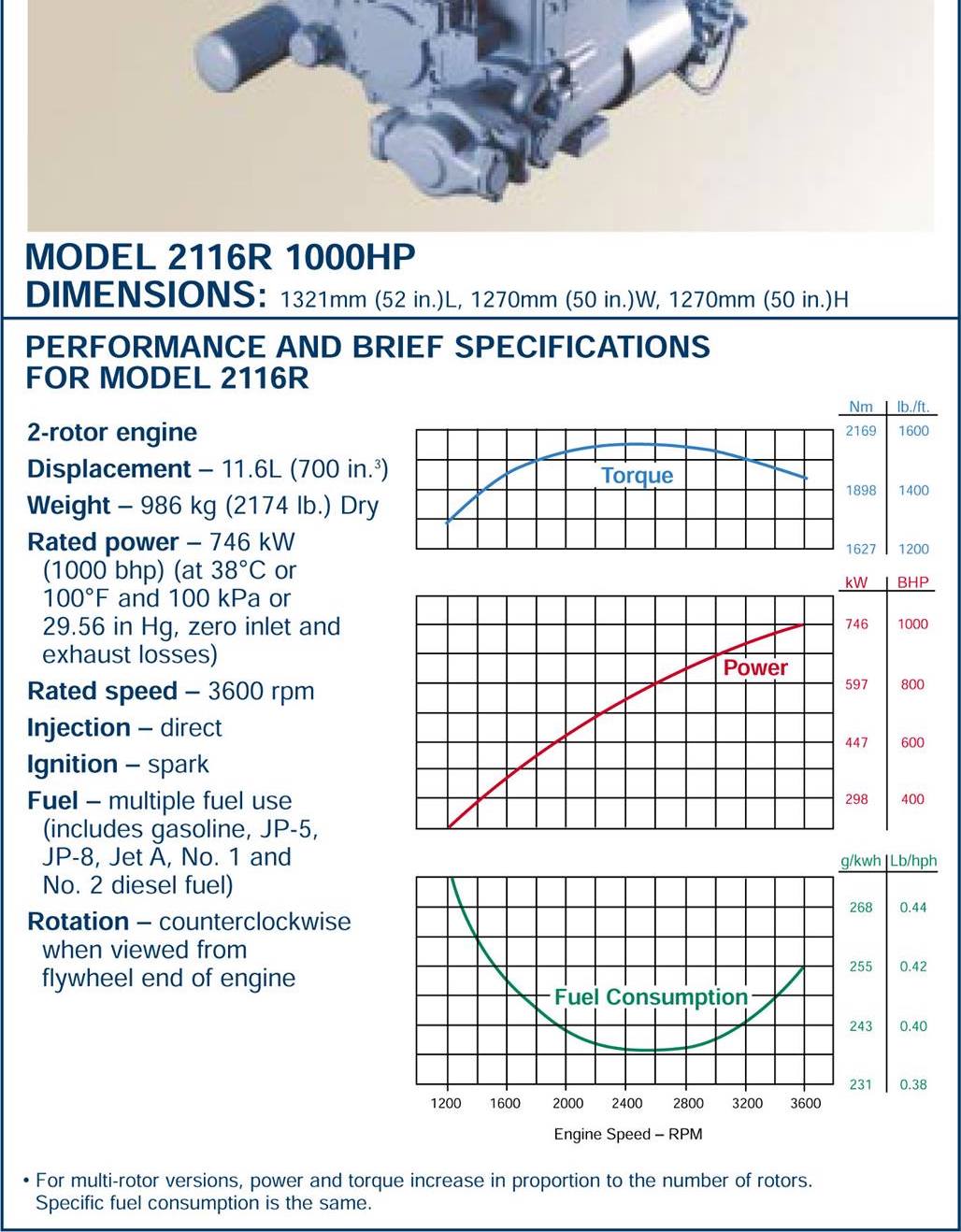 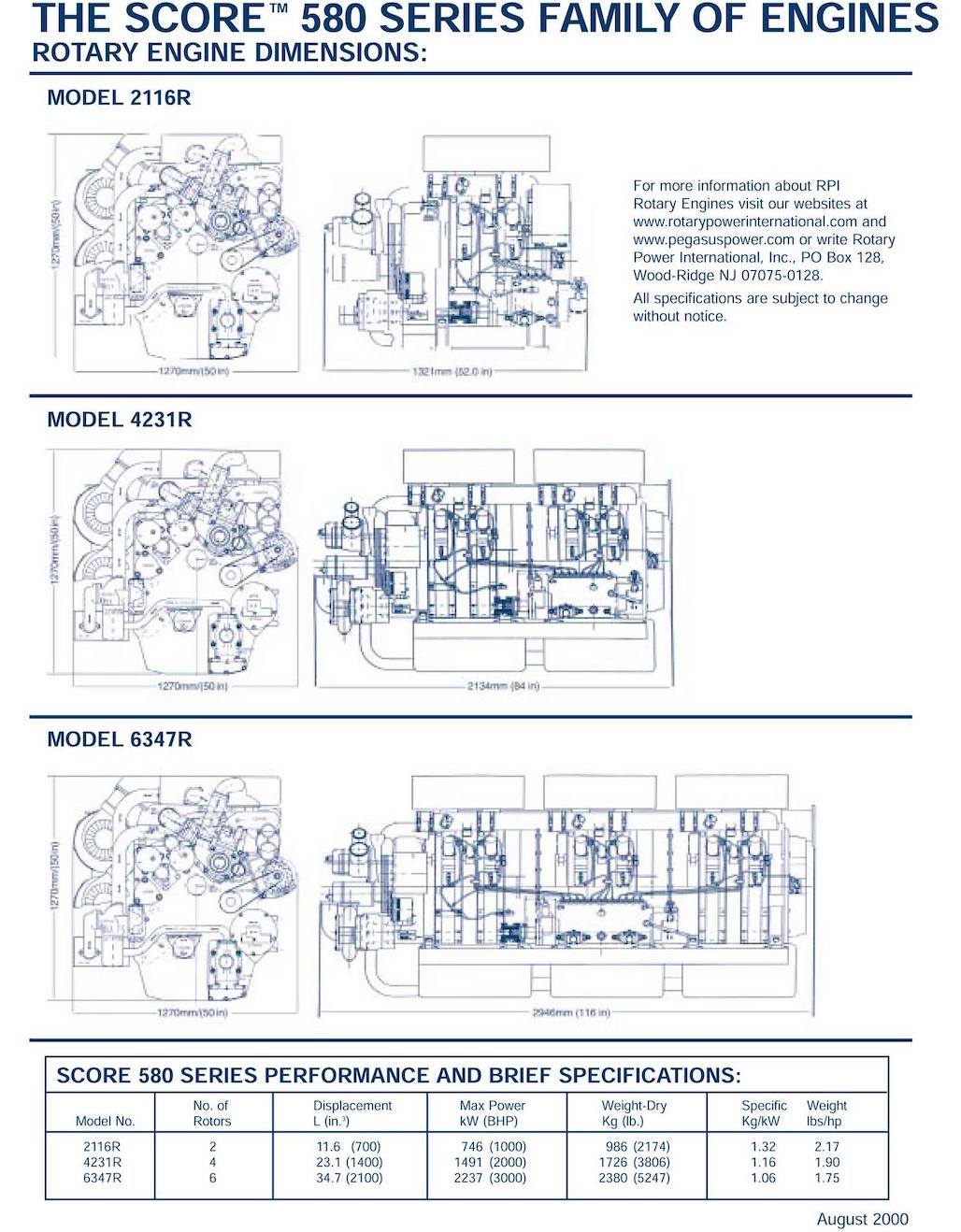 RPI proposed its 2116R as the basis for a larger line of marine rotary engines, including the four-rotor, 23.1-liter 4231R, and six-rotor, 34.7-liter 6347R, which could have produced 2,000 and 3,000 horsepower respectively. The Wankel’s greater power density at 2.5 pounds per horsepower versus contemporary marine diesels’ stated four, RPI rationed, wouldn’t require as much buoyancy to keep afloat for a given power output, and their increased cooling demands were offset by the free availability of seawater. So what’s the catch? 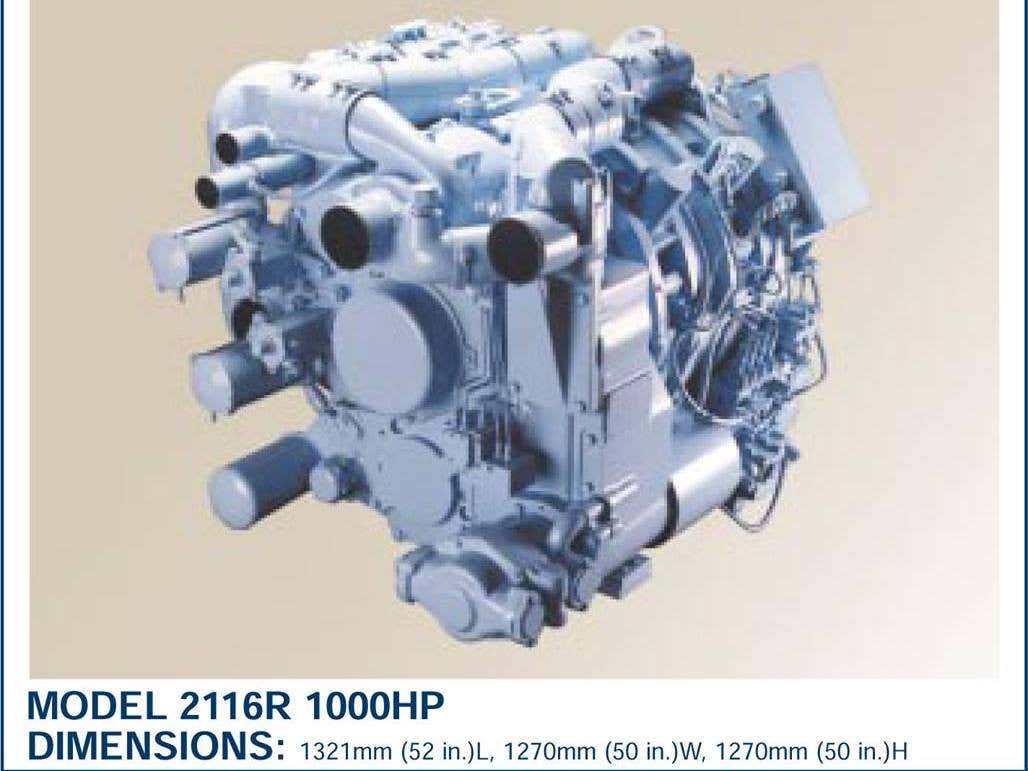 Well, at $165,000, the 2116R’s asking price was acknowledged to be some $45,000 steeper than a top-shelf marine piston engine producing similar power, and like all Wankel rotaries, it would’ve burned extra fuel to boot. RPI apparently spoke of plans to trial a trio of 2116Rs in “a fast ferry to be built on the West Coast” in the early 2000s, but it’s not certain these plans ever materialized.

Seemingly without any takers, RPI went back to the drawing board and, in November 2001, returned with a still more radical rotary idea: a hydrogen-burning Wankel generator. Given hydrogen’s potential as a fuel is still the subject of debate 19 years later, this moon shot proposal did nothing to bring business, and as disclosed in an October 2002 press release, the company was subsequently organized. After reshuffling, RPI seemed to scale its ambitions down to a smaller, 250-horsepower Wankel referred to as Series 70 in the November 2002 issue of MotorBoating, which it demonstrated at the 2002 Fort Lauderdale International Boat Show.

But the Series 70 seemingly didn’t make a splash, as RPI spent the following two years almost entirely under the radar before apparently going defunct in 2005, the year of its final SEC filing. Checking in on the websites listed in the marketing materials above confirms no further online presence for it or partner company Pegasus Power, and its second partner Abejon Rotary Power appeared to meet its end in 2011.

So ends the story of this monstrous marine rotary, though one hopes its CAD files are still out there on a lost hard drive, just waiting to be rediscovered. Maybe then the 2116R can finally find its rightful home in the engine bay of a Mazda RX-7, or better yet, a REPU.