Home » Auto News » That 331 MPH SSC Tuatara Is Good And All, But Here Are Some More Interesting World Record Cars

That 331 MPH SSC Tuatara Is Good And All, But Here Are Some More Interesting World Record Cars 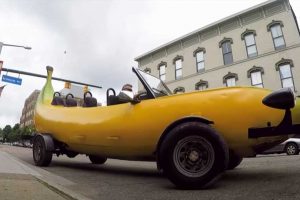 It made me think about people like Evel Knievel, the pioneer of motorcycle long jumping exhibitions. He chased records all his life and achieved one that hasn’t been beaten yet: 433 bone fractures by end of 1975, giving him the record for most bones broken in a lifetime. Probably best not to try and top that one.

Though the SSC run hasn’t been certified as an official Guinness Book record, plenty of other car-related records do exist in it—and most of them didn’t involve danger or triple-digit speeds. There are some fascinating and sometimes hilarious achievements worth noting for entertainment value alone.

In 2009, Steve Braithwaite took apart a 1993 Ford F-150 pickup truck and built a banana on wheels (no confirmed stories explain why a banana and not a zucchini or some other such shape). Over the course of more than two years, Braithwaite and a close group of friends constructed this giant yellow banana car using rebar, chicken wire, and polyurethane foam.

According to Braithwaite’s site, he created the body design from cross-sections of a real banana. He traced each piece and then scanned the sketches into a computer, where he could arrange to project the sections into full size onto particle board and cut it with a jigsaw.

This distinctive yellow car has been across the country from Michigan to Florida and claims to be the world’s only four-wheel-drive banana. Who is going to challenge that niche record? At nearly 23 feet long, the banana car can peel out (I apologize for nothing) and reach a top speed of 85 mph, carrying up to four people.

British stunt driver Alastair Moffatt can park anywhere he likes, based on this record set in 2015 with a Fiat 500C. Moffatt held the record twice before, but a Chinese driver held the record with eight centimeters. This time, he squeaked the Fiat into a space only 7.5 cm longer than the car itself.

Incidentally, Moffatt is also the current record holder for the tightest gap driven through on two wheels, and the tightest triple parallel park. Now that’s someone you want to take with you when you’re looking for a parking space in New York City.

After designing K.I.T.T. from Knight Rider and the DeLorean from the Back to the Future movies, custom designer Jay Ohrberg must have decided he needed a bigger challenge. So he customized a 100-foot-long limousine named “The American Dream”, complete with a swimming pool (with a diving board), a helipad on the back, and two engines.

Based on the chassis of a 1970s Cadillac Eldorado, 26 wheels roll this centipede of cars down the road. It’s currently in two pieces under restoration at Dezerland in Florida, split at the articulation point at which the limousine could traverse tricky corners with a little coordination. Will “The American Dream” see the light of day again? I say yes, because it’s that or try to find a storage place for a 100-foot-long limo, even if it is split in half.

Sounds like this is an American dream where you could live for extended periods of time, too. 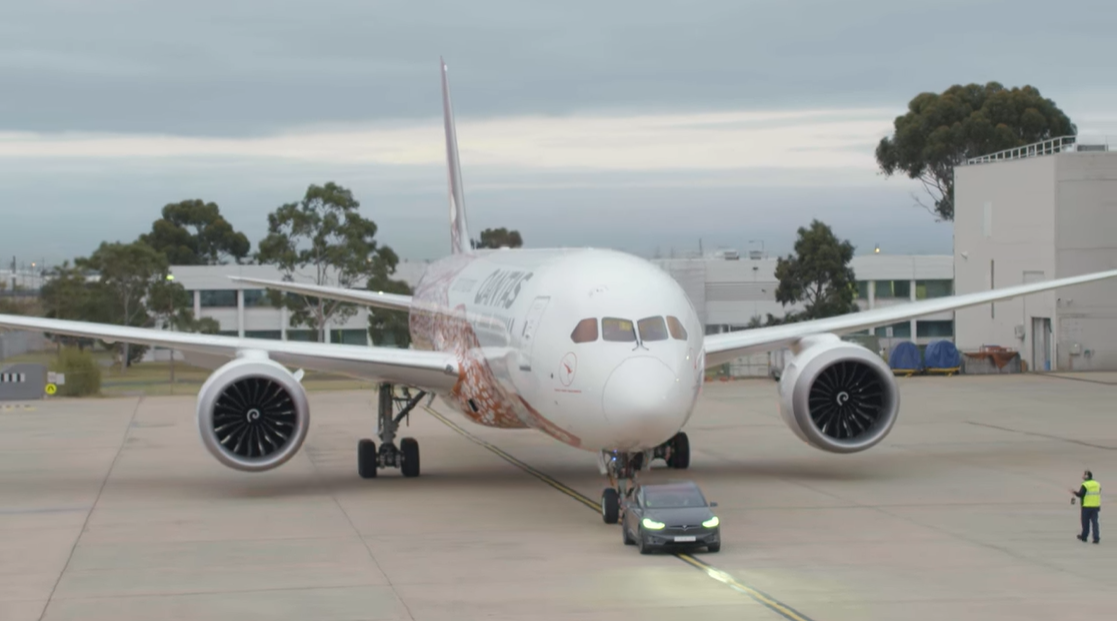 The heaviest weight towed by an electric car is a Tesla Model X. Somehow, with supercar strength the Model X towed a 143.3-ton Qantas Boeing Dreamliner 787-9 at a maintenance base owned by the airline. There’s torque and there’s holy-moley-that’s-incredible torque. This Aussie-owned Tesla towed basically 40 times its own weight and I’m picking my jaw up off the floor now.

That would be like me pulling a small trailer under the power of my own two feet.

Longest journey by a coffee-powered car

Now this one gives a new meaning to leaded or unleaded; a 1988 Volkswagen Scirocco was modified to run on coffee. Which begs the question: what kind of coffee is that and where can I get some?

The Scirocco was driven from London to Manchester (about 200 miles) on coffee and was subsequently dubbed “Car-puccino”, a cheeky name for an unusual car. This Scirocco was rated at 1 mile per 56 espressos.

What record would you try and go after?