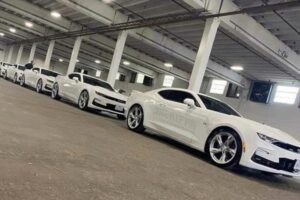 Police cars are a common sight on America’s roads and highways, often acting to slow and calm traffic in their immediate vicinity as drivers hope to avoid fines for speeding or dangerous driving. Of course, this makes it more difficult for police to catch drivers out and issue expensive fines. The Harris Country Sheriff’s Office won’t have the same trouble with their latest batch of patrol cars, however. The Texas-based force’s new Chevrolet Camaros feature a new stealthier look using special “ghost” decals, reports Chron.

The cars aren’t entirely undercover or unmarked. Instead, the usual police decals are replaced with pale reflective white markings on top of the car’s existing white finish. The decals are still visible, but just barely, only from certain angles in the right lighting conditions. The cars are also fitted with concealed lights and sirens so as not to otherwise give the game away. Other departments have employed the tactics as well, often using black-on-black decals for a similar effect. 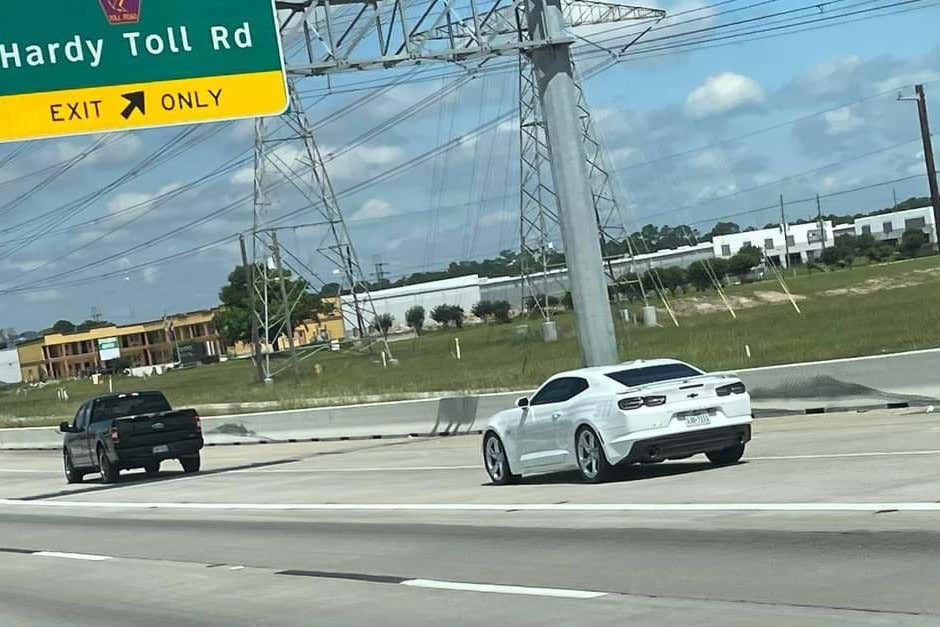 The “ghost” decals are just barely visible in this image; note the “911” just behind the left rear fender.

Undercover and unmarked police cars have always been a contentious matter, particularly in the realm of traffic enforcement. Detractors claim that unmarked cars are a revenue raising measure that do nothing to improve safety, as drivers will act continue to act dangerously in the absence of a visible police presence. Proponents argue that the hidden nature of the vehicles means they could be anywhere, thus inducing drivers to act more safely at all times, regardless of whether they see police vehicles around. The vehicles also raise another safety issue, in that the use of unmarked cars makes it easier for malicious actors to impersonate law enforcement.

Unmarked and “ghost” cars are often unpopular with drivers, who don’t appreciate being surprised by law enforcement. It’s led to some embarrassing situations over the years, like an Indiana man who was caught trying to start a race with an officer in an unmarked car. Policies vary among different police forces, with some going as far as to use unmarked cars for intelligence gathering only, passing information to uniformed police in regular cruisers to make traffic stops and arrests.

The “ghost” cars are an interesting mix between fully unmarked cars and regular police cruisers. It’s not particularly clear why the “ghost” decals are necessary at all, given that simply not fitting them would make the car more effective at remaining undetected.  Indeed, if the aim is to transition all police vehicles to a stealthier look, it may lead to citizens looking over their shoulder more often than not. However, without obviously marked cruisers, police may find their jobs more difficult as citizens become distrustful of plain, unmarked vehicles attempting traffic stops, particularly in remote areas.