Test driving the VW Virtus: A few observations after a short spin 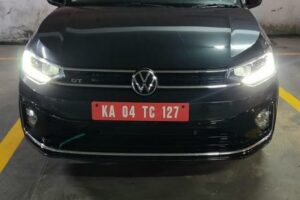 It was a hot day & the air conditioning system of the car did a good job, however, its touch controls are something that you will need to get used to.

BHPian kaushiksudra recently shared this with other enthusiasts.

Happened to do a test drive yesterday, was a very short and quick one. Since I was passing nearby the showroom just couldn’t resist my excitement.

Overall a wonderful package and I really wish it launches soon without any feature deletion or absurd pricing.