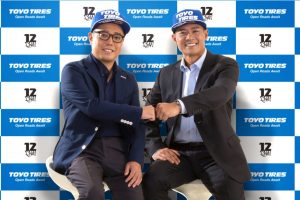 Tengku Djan Ley has been appointed the new brand ambassador for Toyo Tires, as part of an initiative to strengthen the brand’s presence and visibility in Malaysia, with the ‘Prince of Drift’ set to play a vital role in various marketing activities.

We are excited to welcome Tengku Djan as Toyo Tires’ brand ambassador,” said Masaomi Kono, vice president of Toyo Tyre Sales and Marketing Malaysia. “His motorsport success and his technical knowledge definitely complements the Toyo Tires spirit and outlook, and we look forward to having a fruitful partnership in the months to come.”

Tengku Djan is a well-known figure in the local motorsport scene, having been a part of events such as the Sepang 1000KM, the D1 Grand Prix All-Star World Championship and Formula Drift Asia. He is also involved in the Vios Challenge of the Toyota Gazoo Racing Festivial, of which Toyo Tires has been a Gold sponsor since its inception in 2017.

“I am grateful and delighted by the support given by Toyo Tires in selecting me as brand ambassador,” said Tengku Djan. “I am familiar with the company’s capabilities in creating tyres that perform well on the track, which also translates to the tyres the company produces for consumers on the road,” he goes on to say.

“I am certainly eager to work closely with Toyo Tires throughout the year, not just during the racing season, but off it as well, since I think the motoring public should learn more about the company’s product offerings that cover almost every motoring need,” he ended.