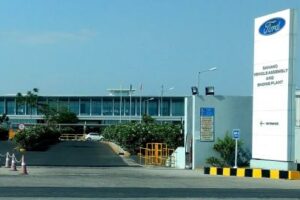 Yesterday, there were reports suggesting Tata Motors might acquire Ford’s Chennai factory. According to the latest reports, Tata is said to be in talks to buy the Sanand plant as well.

Tata Group Chairman N Chandrasekaran and the chief minister of Tamil Nadu have had discussions regarding the planned takeover of Ford’s Chennai plant. There had been no word regarding the American brand’s second manufacturing unit located at Sanand in Gujarat, apart from the fact that MG Motor India was also interested in acquiring Ford’s assets.

Tata Motors currently has three manufacturing units – Pune, Sanand and Ranjangaon. If the company succeeds in acquiring Ford’s facilities, it would add 4.4 lakh units to its overall production capacity.

Last month, Ford had announced it would stop manufacturing vehicles in India after accumulating huge losses over the years. However, the carmaker will continue to sell its CBU models in India.