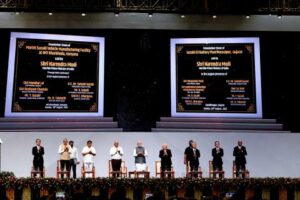 Suzuki Motor Corp has announced that it plans to set up a Global Research and Development (R&D) Centre in India.

Suzuki R&D Center India Private Limited (SRDI) will be a wholly-owned subsidiary of Suzuki Japan. According to Toshihiro Suzuki, President of Suzuki Motor Corp, the company will work together with the technical talent in the country to develop new technologies for India as well as other global markets.

Suzuki was speaking on the sidelines of the foundation stone laying ceremony of Suzuki Motor’s electric vehicle battery manufacturing facility. The new unit is being set up at Hansalpur, Gujarat.

India is one of the most important markets for the Suzuki Group. Last year, the company produced 2.8 million vehicles globally, 60% of which were made in India.