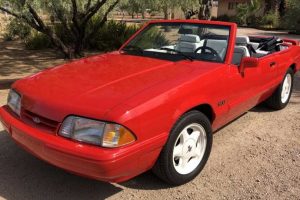 Dive into the storage closet and dust off that neon-colored windbreaker. Auto Hunter is currently hosting an online auction for this museum-quality 1992 Ford Mustang LX 5.0 Summer Edition convertible with 3,000 miles on the clock.

This Fox Body Mustang is dressed in a limited-run appearance package that debuted mid-year in ’92, referred to as the Summer Edition. It features 16-inch Opal pearlescent white wheels that match the interior and power-assisted convertible top, complimenting the Vibrant red paint job and a rear wing that replaces the luggage rack. Apparently, less than 3,000 Summer Edition Mustangs were built in 1992, making it exceptionally rare; this one is even more so as it was optioned with a five-speed manual transmission. 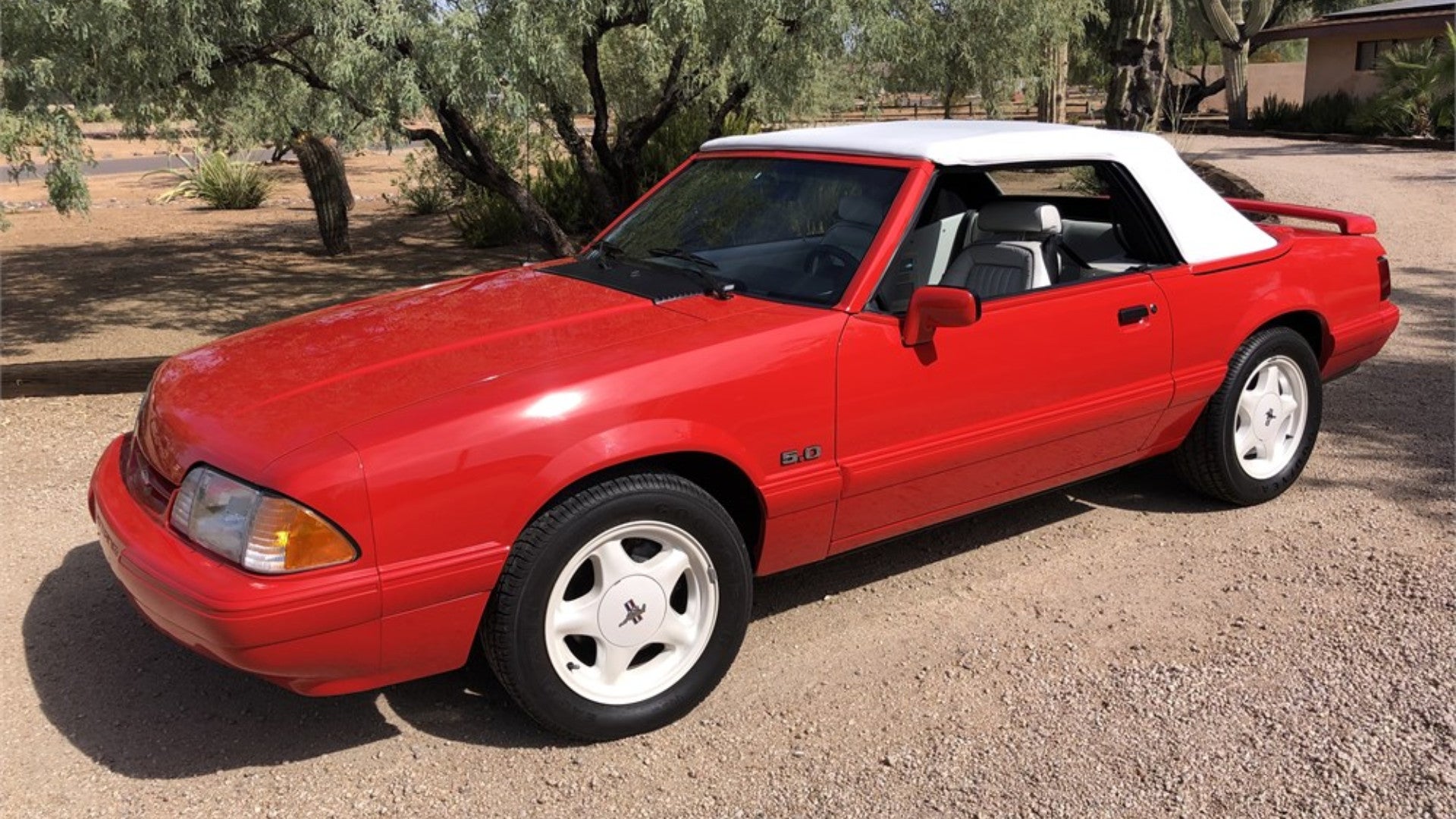 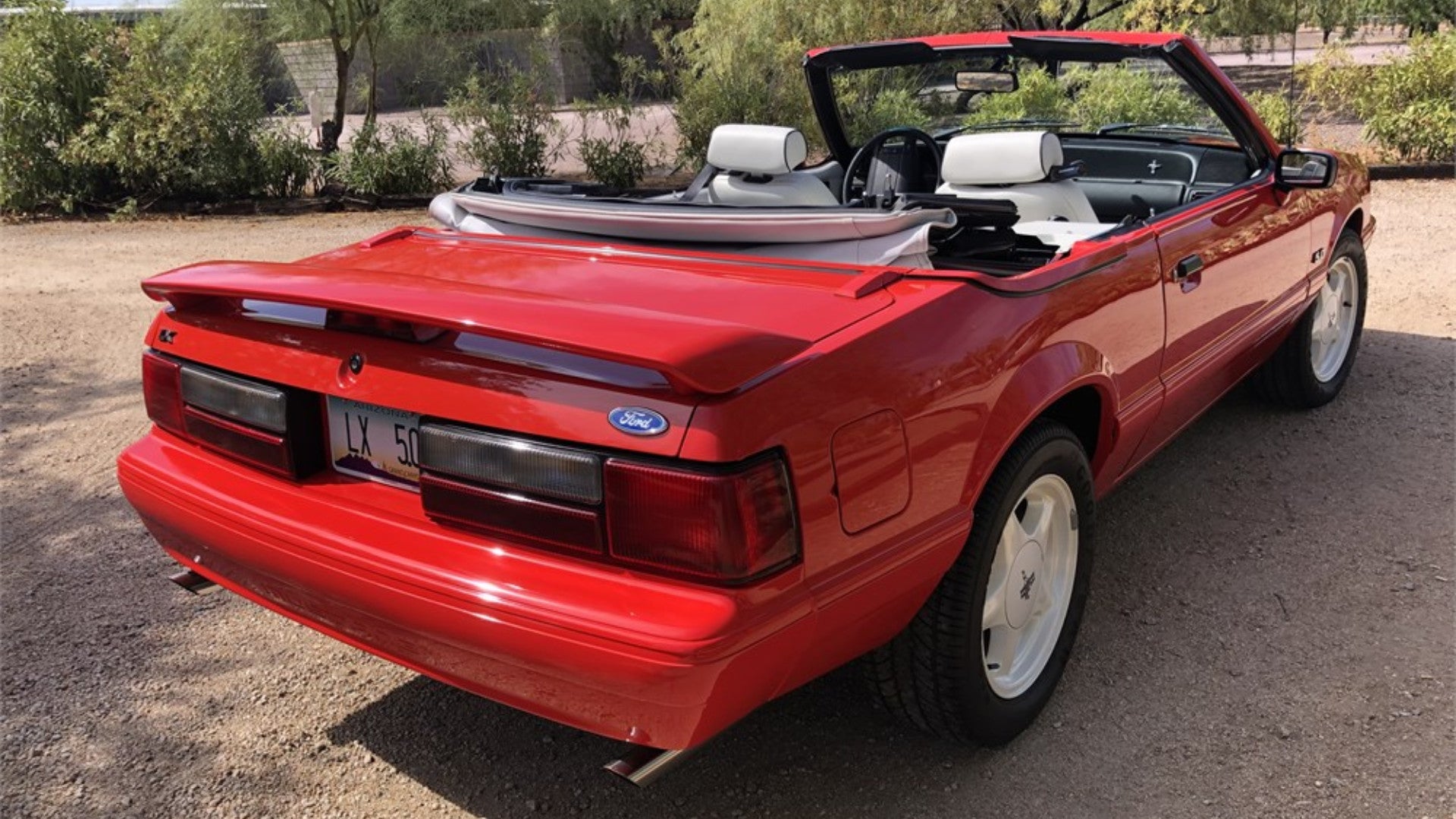 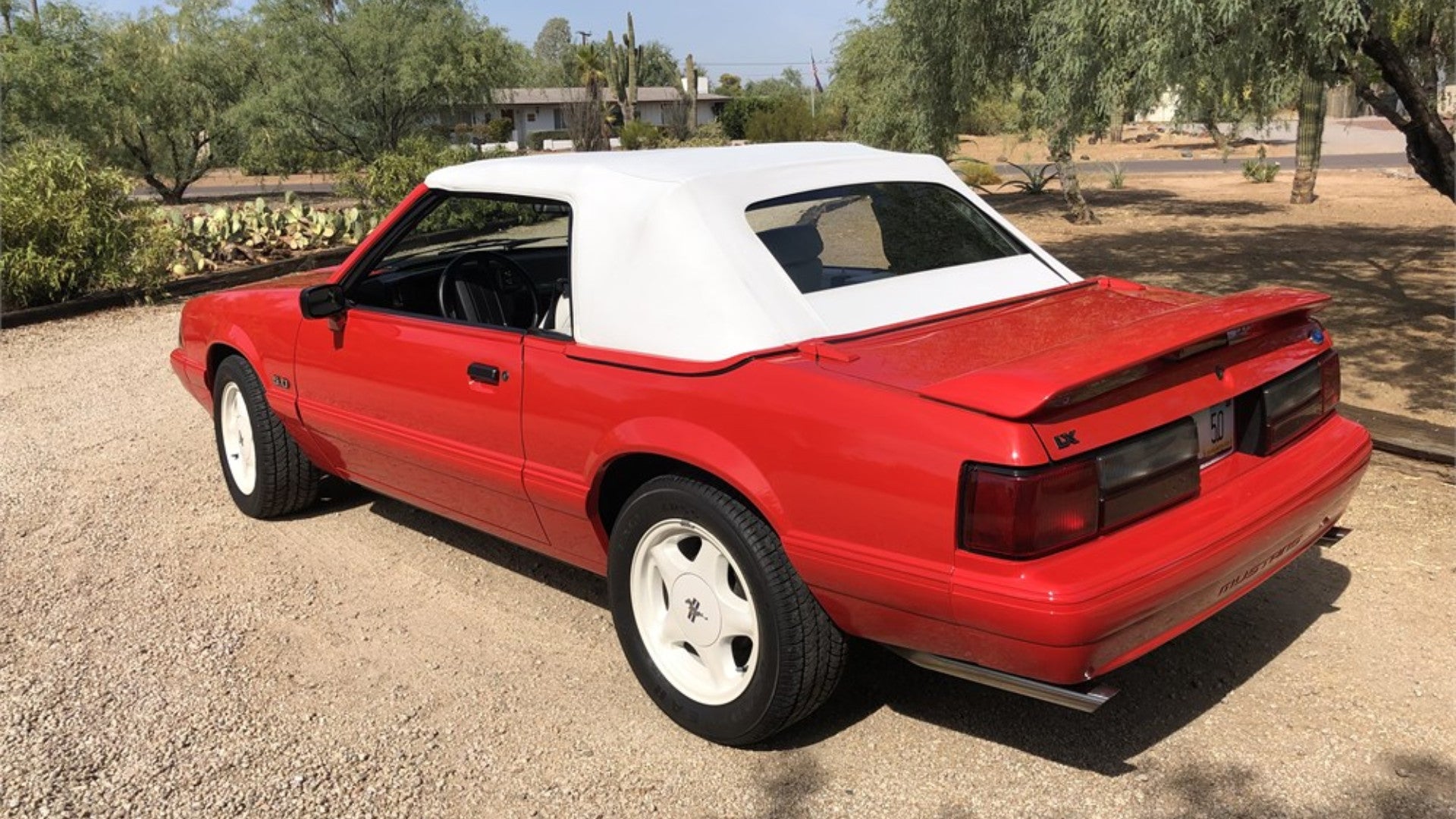 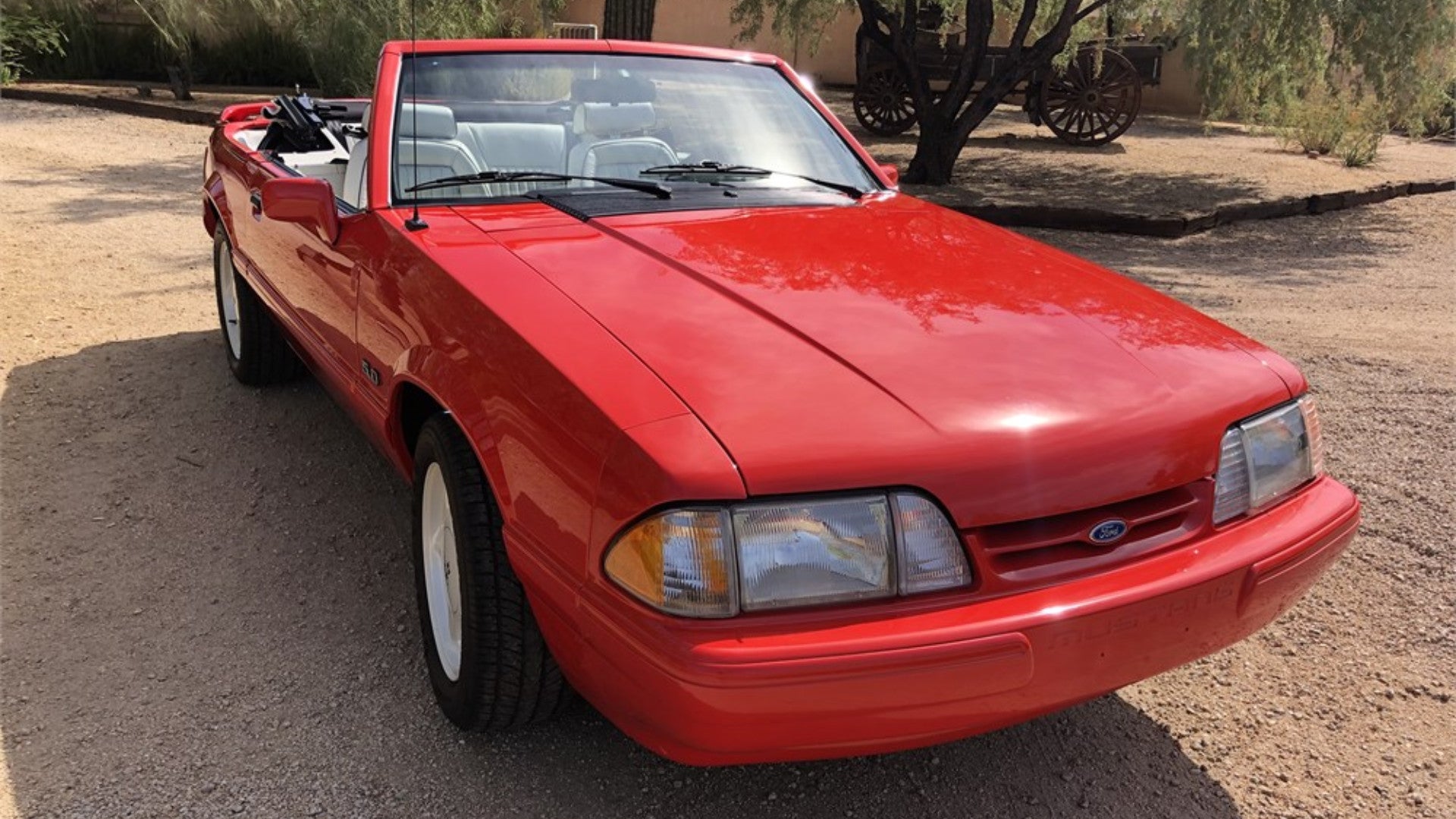 The Auto Hunter listing gives a Carfax report of the Mustang and shows that while it may not have driven many miles, it’s been transported across the country. Apparently, it’s lived with owners in North Carolina, Ohio and California before ending up in Scottsdale, Arizona. The car’s service history is complete from when it was first purchased, and all original paperwork like the owner’s manual and warranty booklet are included as well as four sets of keys. The Mustang even comes with its original audio system demonstration cassette. When’s the last time you saw one of those?

It’s hard not to start nodding your head in sync with What Is Love? while gazing at the 5.0’s ultra-clean white interior. 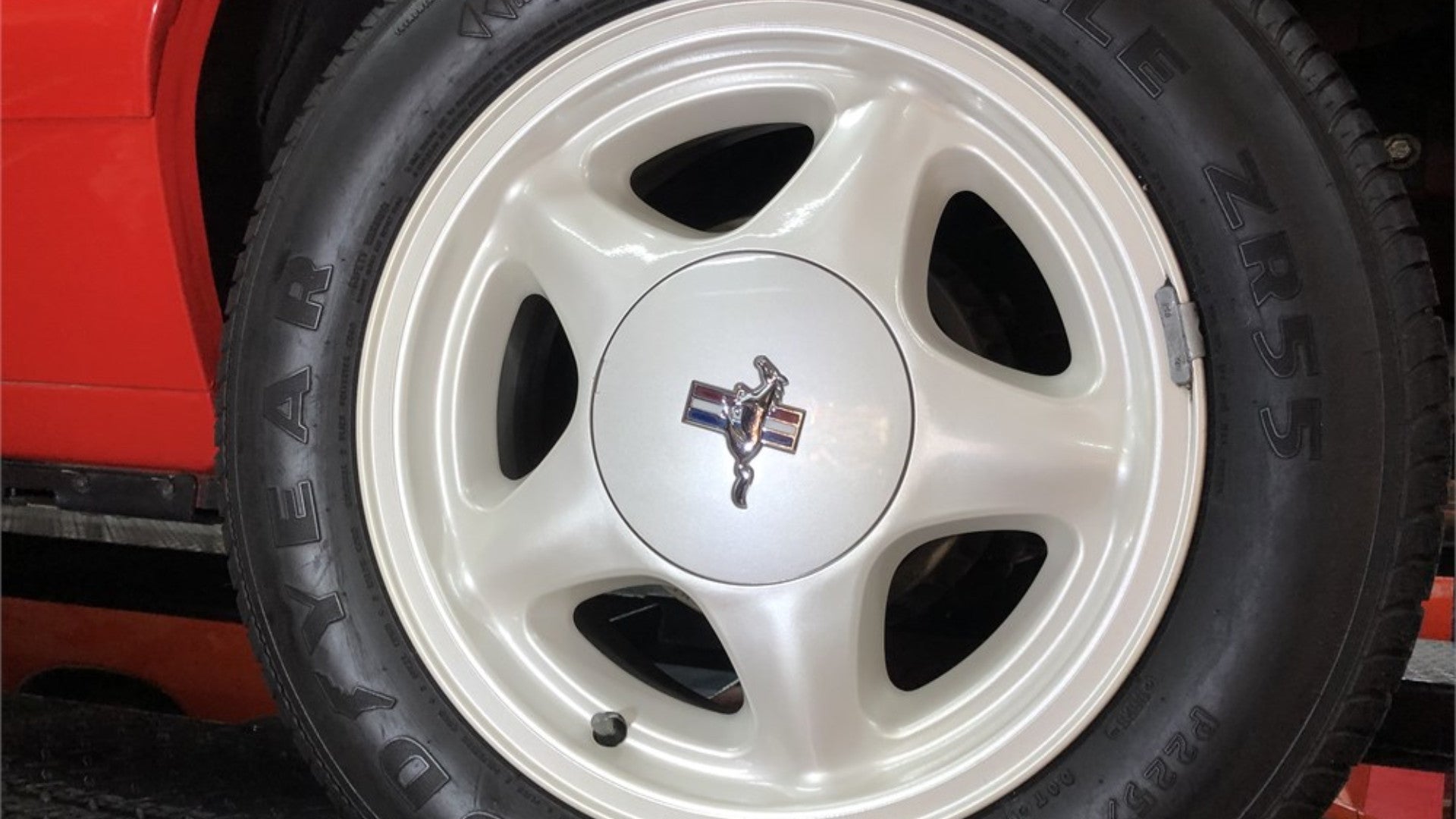 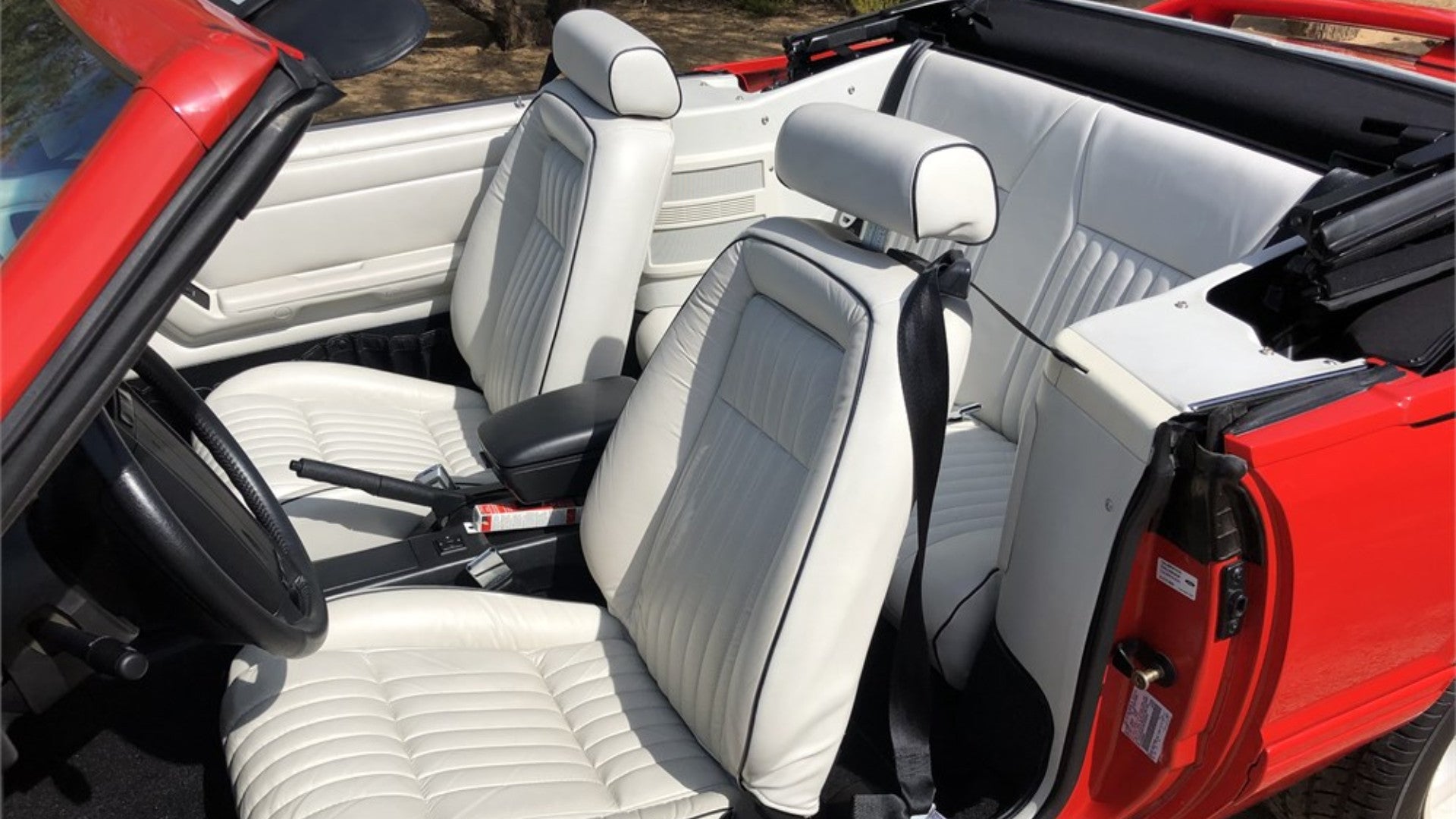 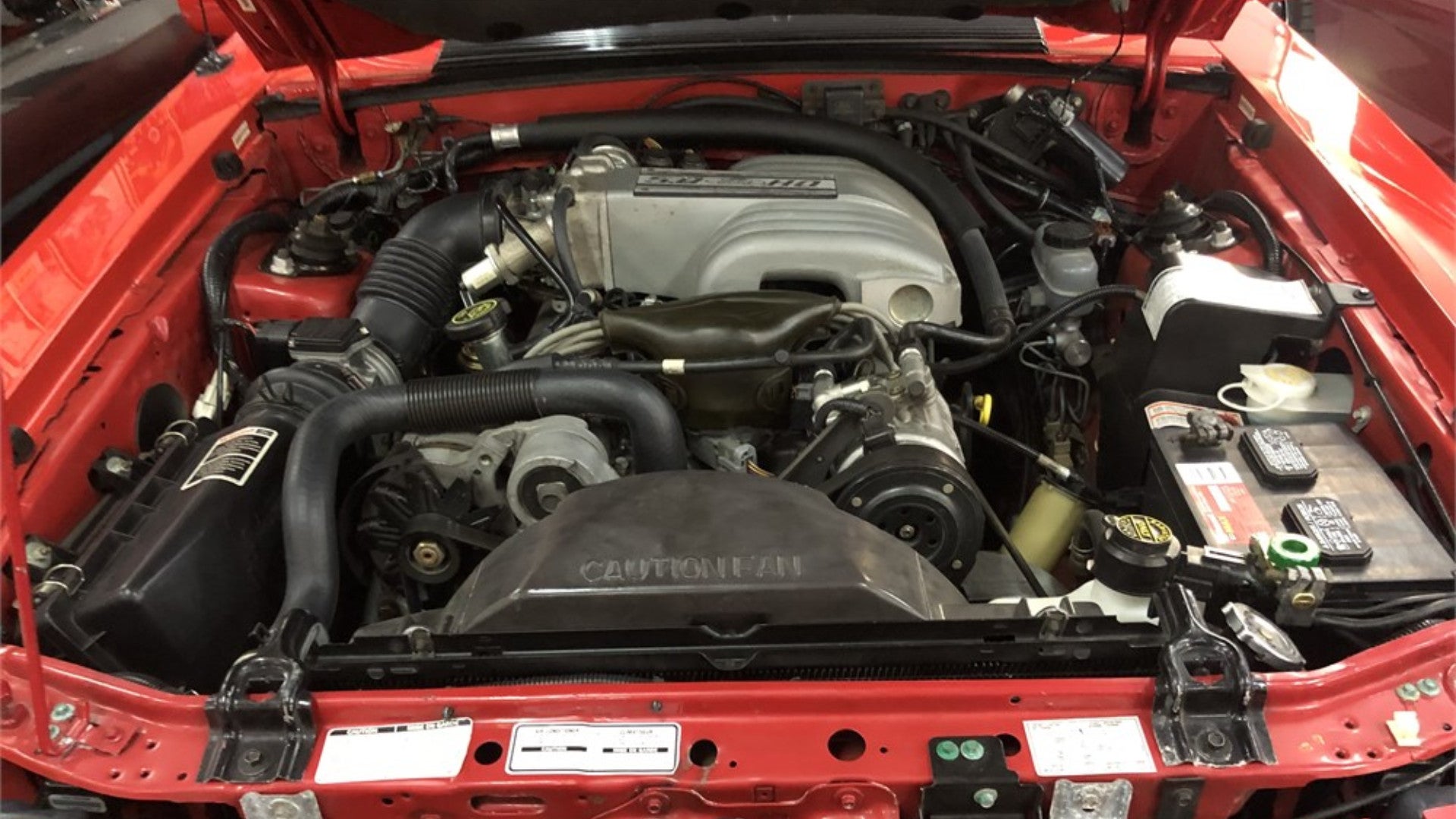 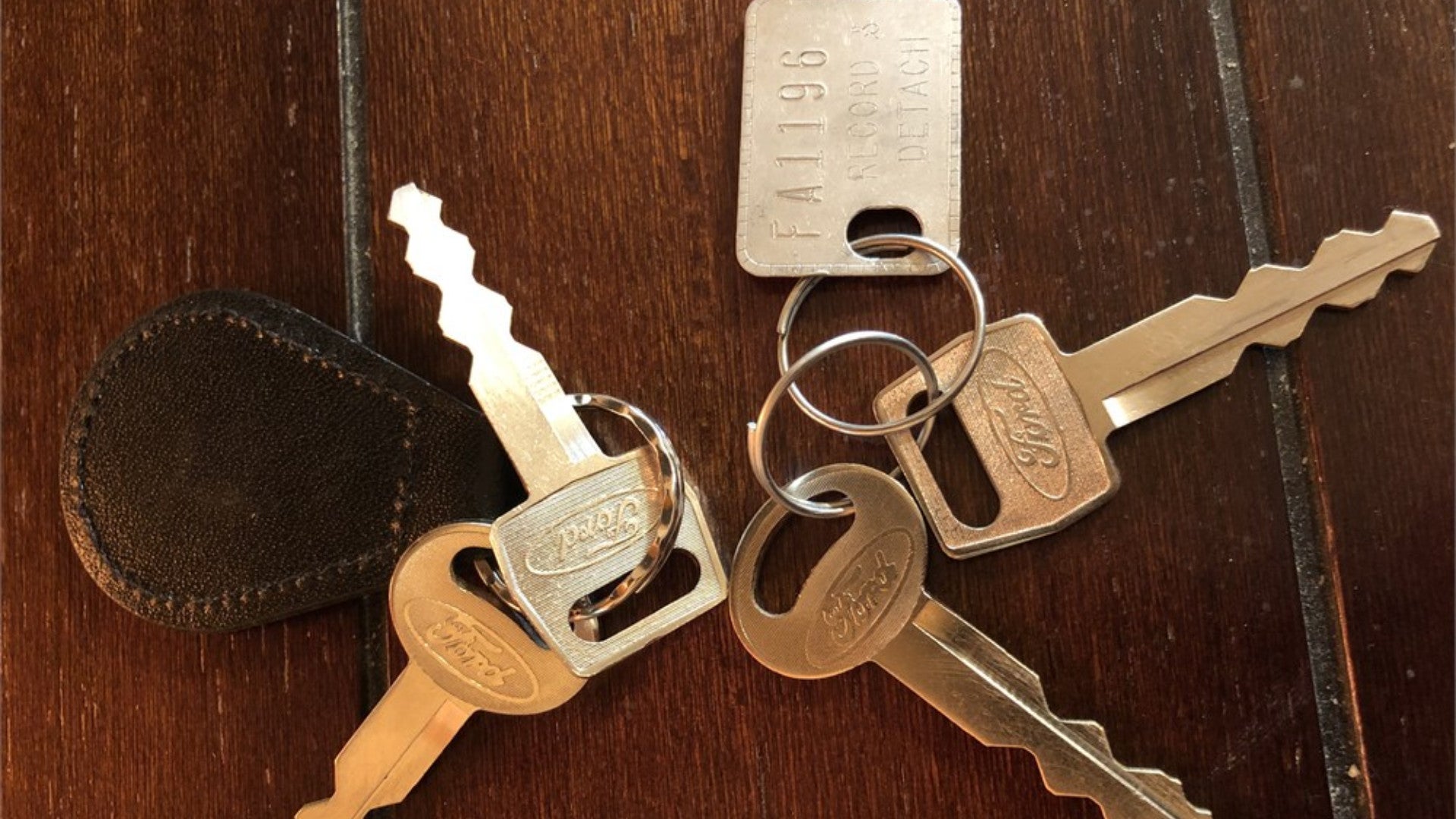 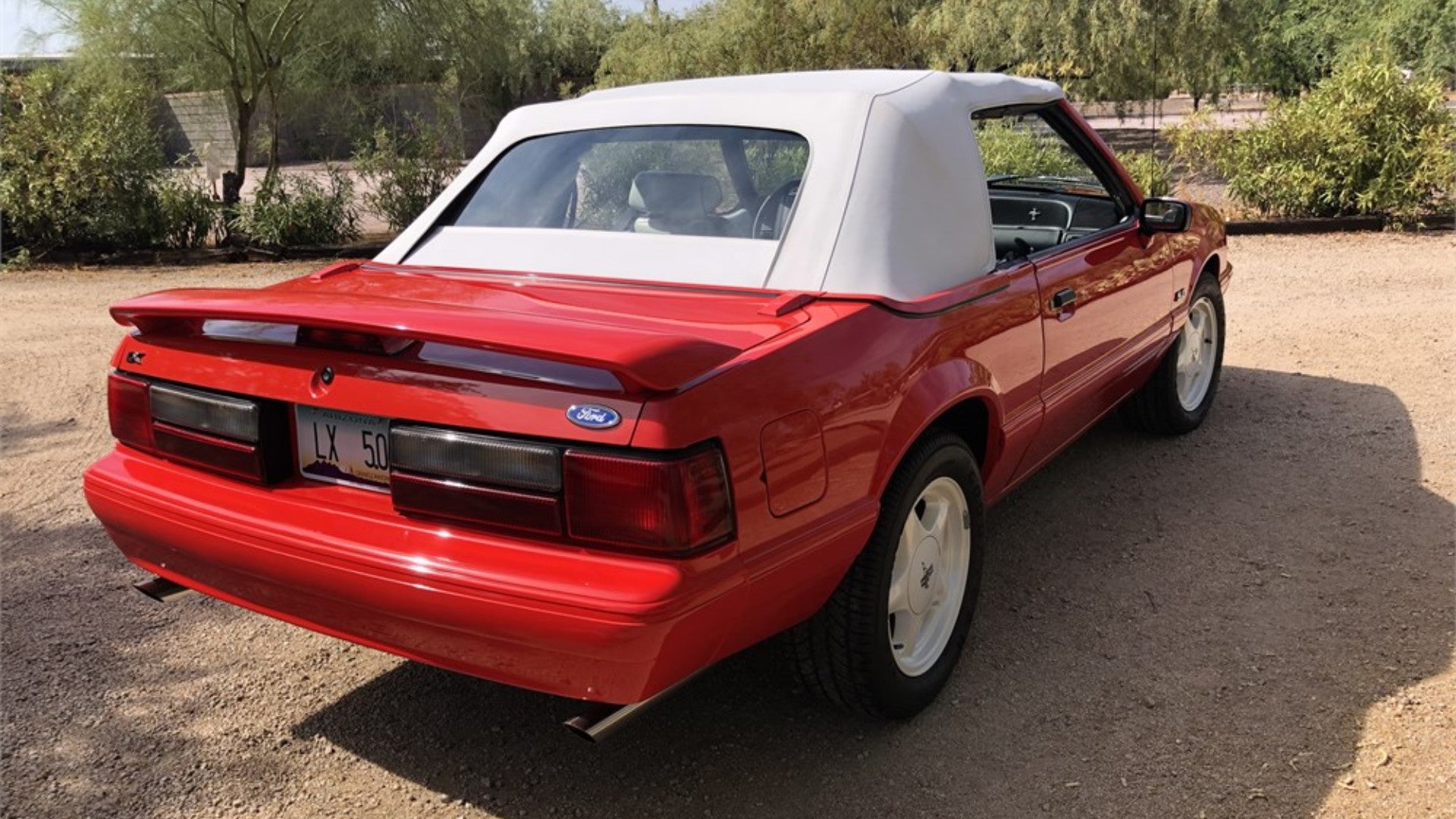 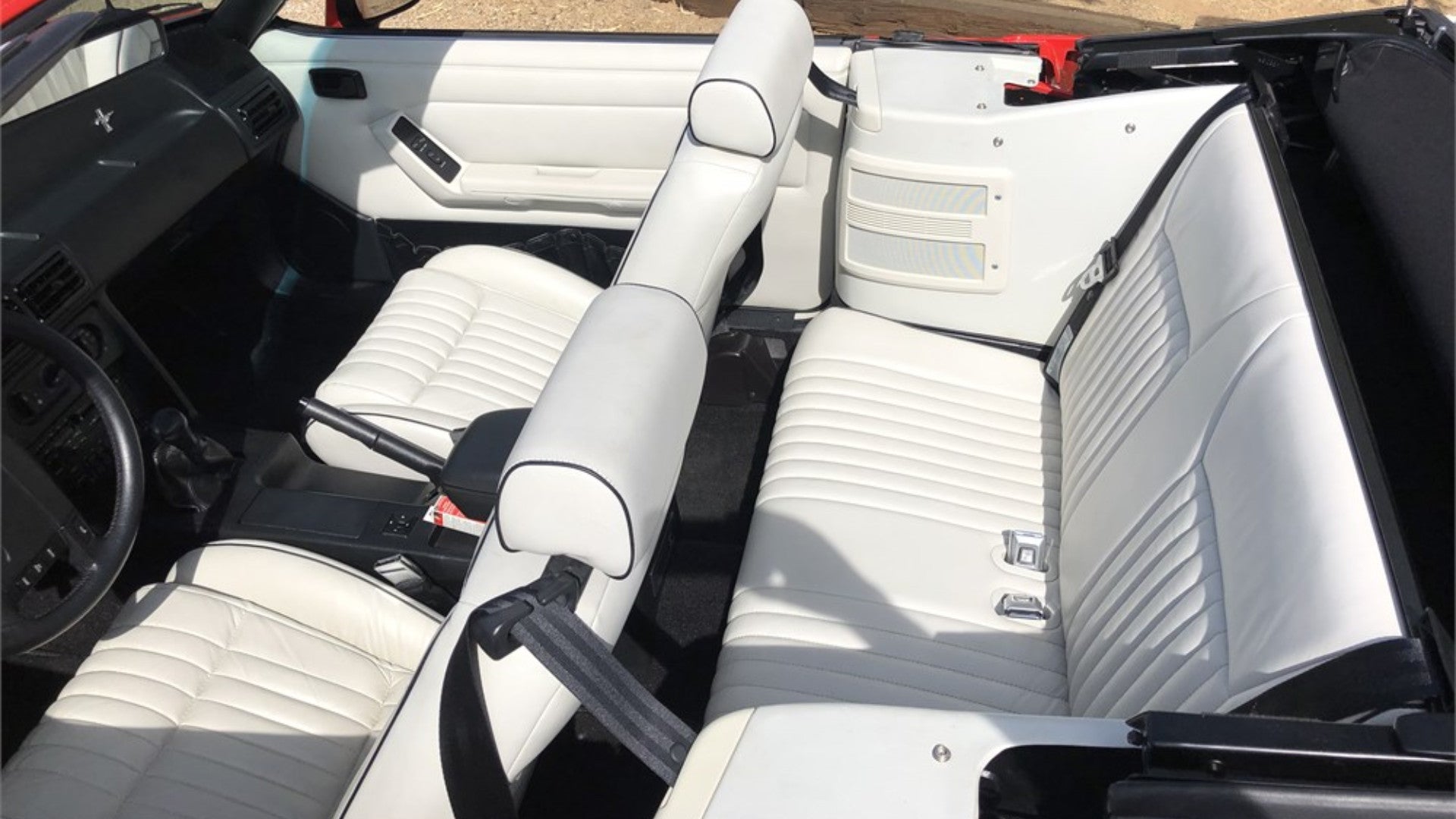 In the early ’90s, the Fox Body Mustang’s 302-cubic-inch V8 was good for 225 horsepower and 300 pound-feet of torque. This model was equipped with Ford’s 3.08 “Traction Lok” rear end. Mechanically, the car is original except for its tires, battery and fluids. The tires are dated 2008, so the car probably hasn’t been cruising much in the American Southwest recently, but it did pass an emissions test in March of this year. At the time of this publication, the online auction touts a high bid of $12,000 with three days until the hammer drops.

Sometimes, low-mileage classics look great but are unfit for the road. This Foxy Mustang, however, looks like it’s one fresh set of Goodyears away from driving back to North Carolina with the top down and Sir Mix-a-Lot on cassette.