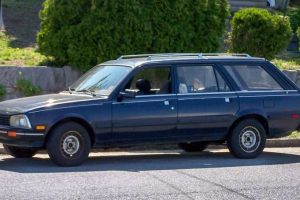 Once upon a time American car buyers were spoiled for station wagon choice. In the 1980s the station wagon was still the go-to family truckster before the sport utility trucksters arrived, and wagons foreign and domestic could be found in great abundance from a great majority of the brands. Among those automakers hailing from Europe, Volvo, Renault, Mercedes-Benz, Audi, Volkswagen and BMW all offered longroofs in the late 1980s and early 1990s, with Peugeot having traded its own best-selling 504 for the larger 505 by the mid-’80s. Saab and Alfa Romeo were the notable European holdouts, the latter keeping the small 33 Sportwagon out of the U.S.

The Peugeot 505 had the dual fate of being Peugeot’s most-popular model, and also the one that effectively ended its presence when it did not get a direct replacement.

Around the time of its launch Peugeot had the 504 sedan and wagon, as well as the plush but pricey 604 sedan to offer buyers, and its dealer network managed to transfer its 504 owners into the 505 pretty easily. The 505 wagon was roomy enough to be confused for a Jeep Cherokee from afar, winning it plenty of fans, but was not quite American-sized on the outside, competing most closely with Volvos of the time, which were gaining in number.

The early years of 505 sales ended up being the best for Peugeot, while by the late 1980s and early 1990s the 505 had aged visibly while not gaining much in the way of a visual update. For a few years until the arrival of the 405 in 1989, the 505 was Peugeot’s sole offering stateside, a bit of a precarious position that would turn out to be even more dire when 505 production ended in 1991. 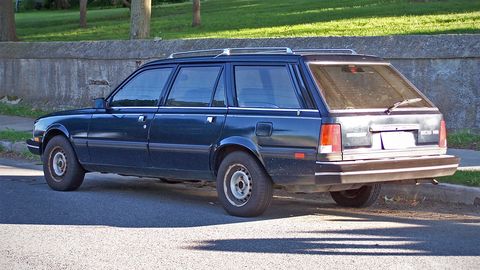 In a way Peugeot faced the same issue as other European automakers with a mostly-regional presence in the U.S., like Alfa Romeo: the Italian automaker couldn’t offer all of its European models in the U.S. for a variety of reasons, staking most of their sales potential on just a couple of models, and it didn’t want to commit to the U.S. like Volvo did. When that sole-breadwinner 505 went away without a direct replacement, the automaker’s options were extremely limited.

With the end of 505 production in Sochaux, Peugeot had the 106, 205, 309, 405 and 605 to lean on in Europe in the late 1980s and early 1990s, but ultimately chose to bring only the 405 sedan and wagon stateside. 405 sedan sales were slow and somewhat troubling, especially in the midst of a recession, while 405 wagon sales were almost non-existent. Peugeot sold only about a thousand examples of the 405 longroof stateside; just a couple dozen survive in running condition to this day.

A true replacement for the 505 did not arrive until 1996 with the debut of the 406 sedan and wagon, but by that time Peugeot was long gone from the U.S., even though it brought some 406 sedans to its former dealers as demos for customers.

But the similarly-sized 406 would not have solved Peugeot’s problems, having arrived much later, while there was nothing to carry sales for dealers for five years with the exception of the 405. And had we received the 406 in 1996, it would have been another midsize non-luxury European sedan that would have had to battle the Japanese. In hindsight, it’s difficult to picture Peugeot’s other models being huge sales successes here in the first half of the 1990s, perhaps with the exception of the 106 as a Golf-fighter. But it would have had to fight tooth and nail with much less expensive offerings from Japan just as the Golf did.

Have you seen a Peugeot 505 on the road lately? Let us know in the comments below.