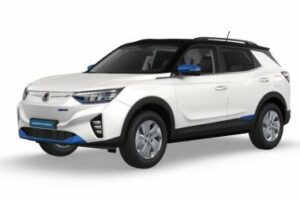 They had agreed to buy the debt-ridden brand from Mahindra & Mahindra for a total of US$ 255 million.

South-Korean car brand Ssangyong Motors has announced that its deal with the consortium led by Edison Motors has been called-off after the latter failed to pay up.

Back in January 2022, the company made a deal to sell its controlling stake to a consortium led by Edison Motors. They had agreed to buy the debt-ridden brand from Mahindra & Mahindra for a total of US$ 255 million.

Edison Motors was able to pay only around US$30.5 million, which is 10% of the acquisition cost. The company was ordered to pay the balance amount (US$ 223.8 million) by the Seoul Bankruptcy Court before March 25 to acquire Ssangyong. However, the consortium was not able to raise enough funds, especially after the withdrawal of Keystone & KCGI to make the payment on time, resulting in the termination of the deal between the companies.

Ssangyong Motors has been under court receivership since April 2021, when Mahindra & Mahindra failed to secure a buyer for the company. The Indian car brand had bought a 75% majority stake in the South Korean brand back in 2010.