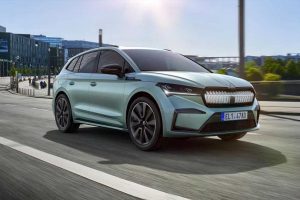 Škoda’s first product built on the Volkswagen Group MEB platform is the Enyaq iV, a crossover sharing many attributes with VW’s ID. models and several compact EVs from Audi. The latest electric five-seater is offered with rear- or all-wheel drive, as well as three battery sizes and five power outputs ranging from 146 horsepower to 301 in the hottest RS iV tune. More importantly, the Enyaq iV in many ways previews what we’ll see Stateside when the VW ID.4 rolls out—just don’t hold your breath for the glamorous illuminated grille.

With the largest battery pack and based on the European WLTP cycle, Škoda is promising a maximum range of 316 miles, as long as one chooses the mid-range, rear-drive Enyaq 80 iV with 201 horsepower and 228 pound-feet of torque. The range-topping all-wheel-drive RS iV has 339 pound-feet for a top speed limited at 112 miles per hour.

It’s always interesting to see what the Volkswagen Group’s supposedly budget brand, Czech Škoda, can come up with using the VW tech bin and a recent $38 million investment in its historic Mladá Boleslav plant. 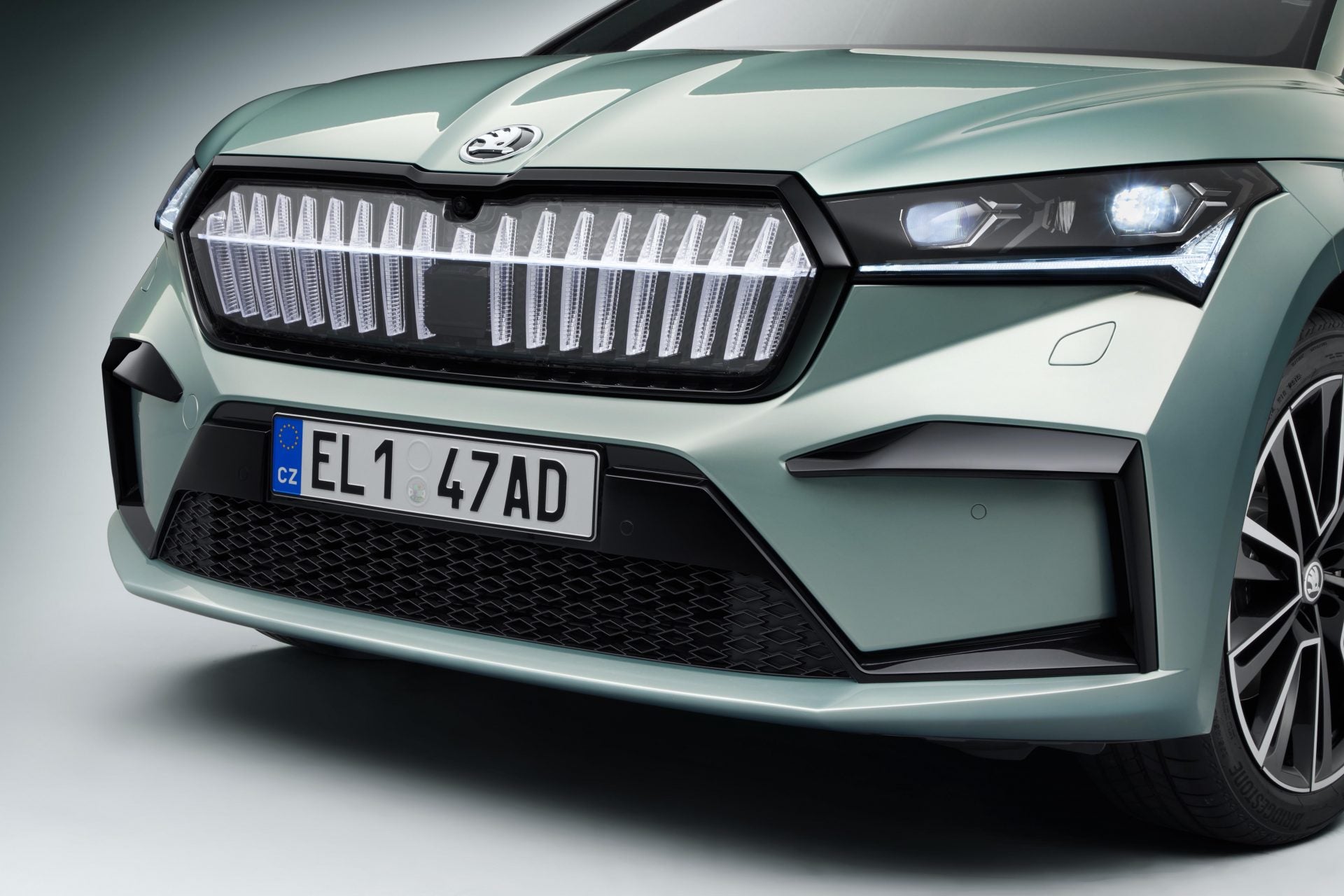 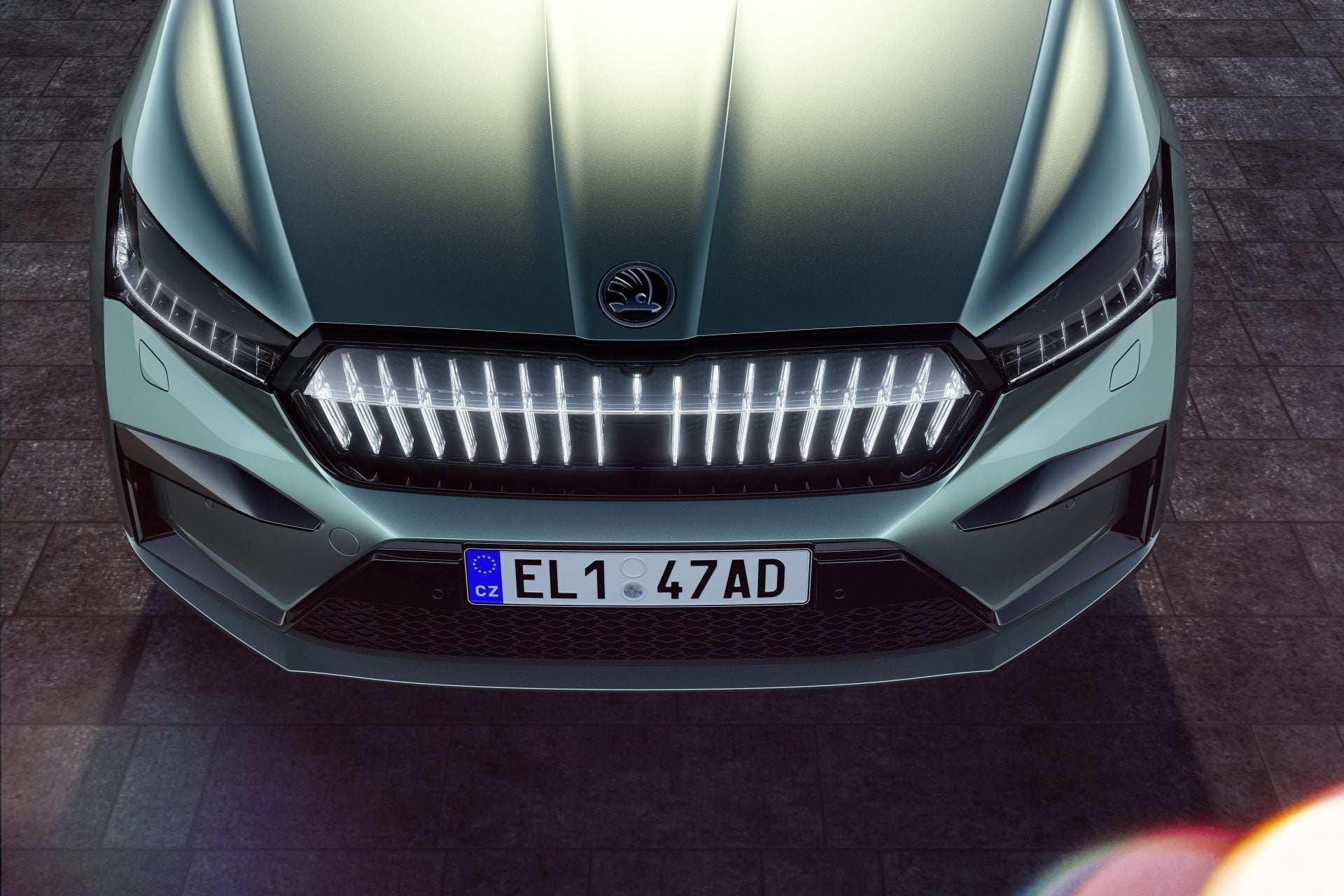 Called the “Crystal Face,” this LED-heavy visual feature is standard on “The Founders Edition” and the Enyaq RS iV models, and optional for the 80 iV and 80x iV models. I’m afraid that Enyaq 50 iV and 60 iV costumers will have to make it without having 130 LEDs up front, not counting the full LED Matrix headlights of course.

While also available with wheels up to 21 inches, Škoda’s family cars are always packed with more sensible features as well. Keeping that in mind, the Czechs added extra storage space for the charging cable under the trunk floor, along with jumbo box under the central armrest swallowing 338 cubic inches of your stuff, and a second storage compartment under the center console for a further 695 cubic inches. That’s three gallons!

Škoda’s “Simply Clever” classics such as the umbrella in the driver’s door and the ice scraper with a tire thread depth guide hidden in the tailgate are still standard. 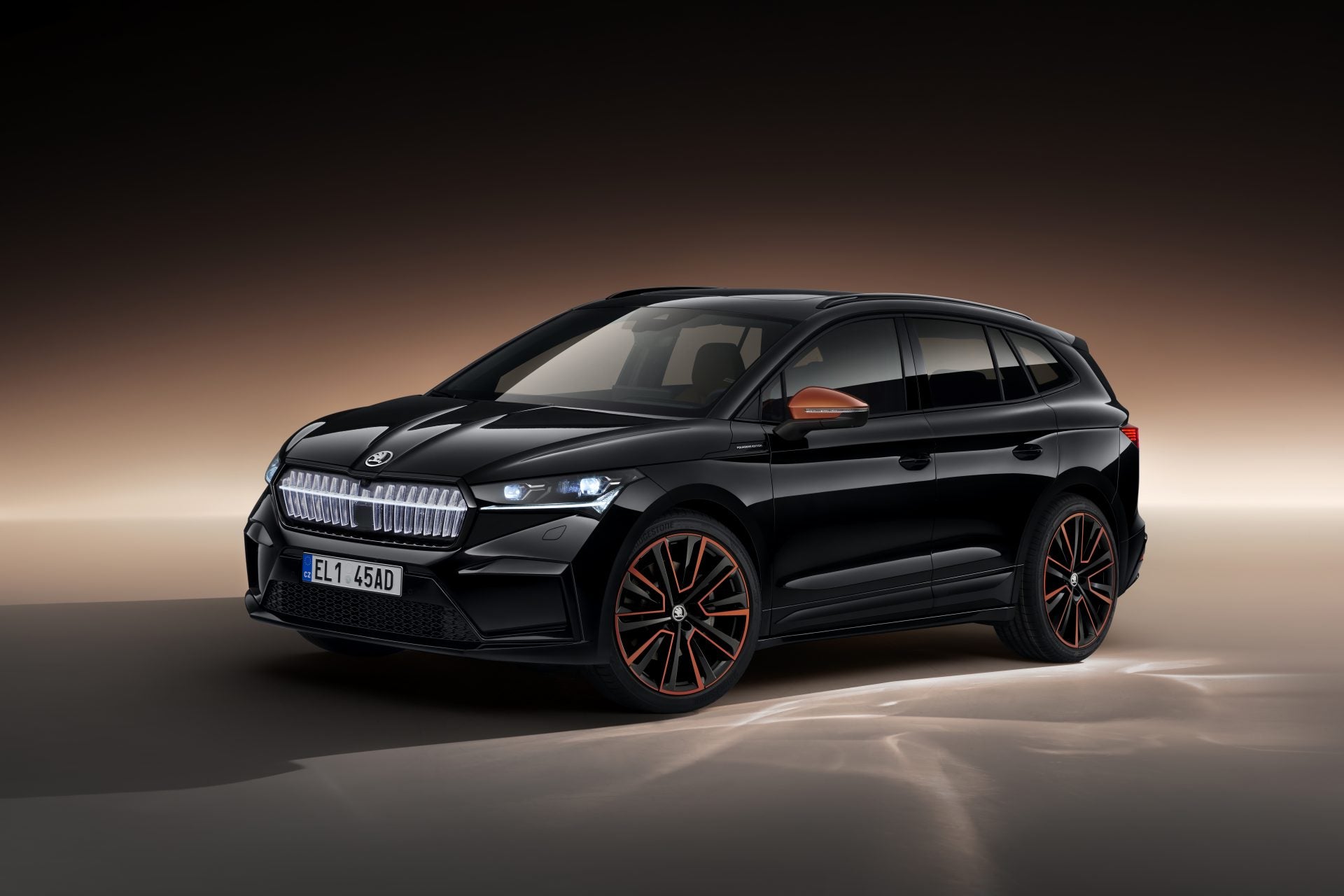 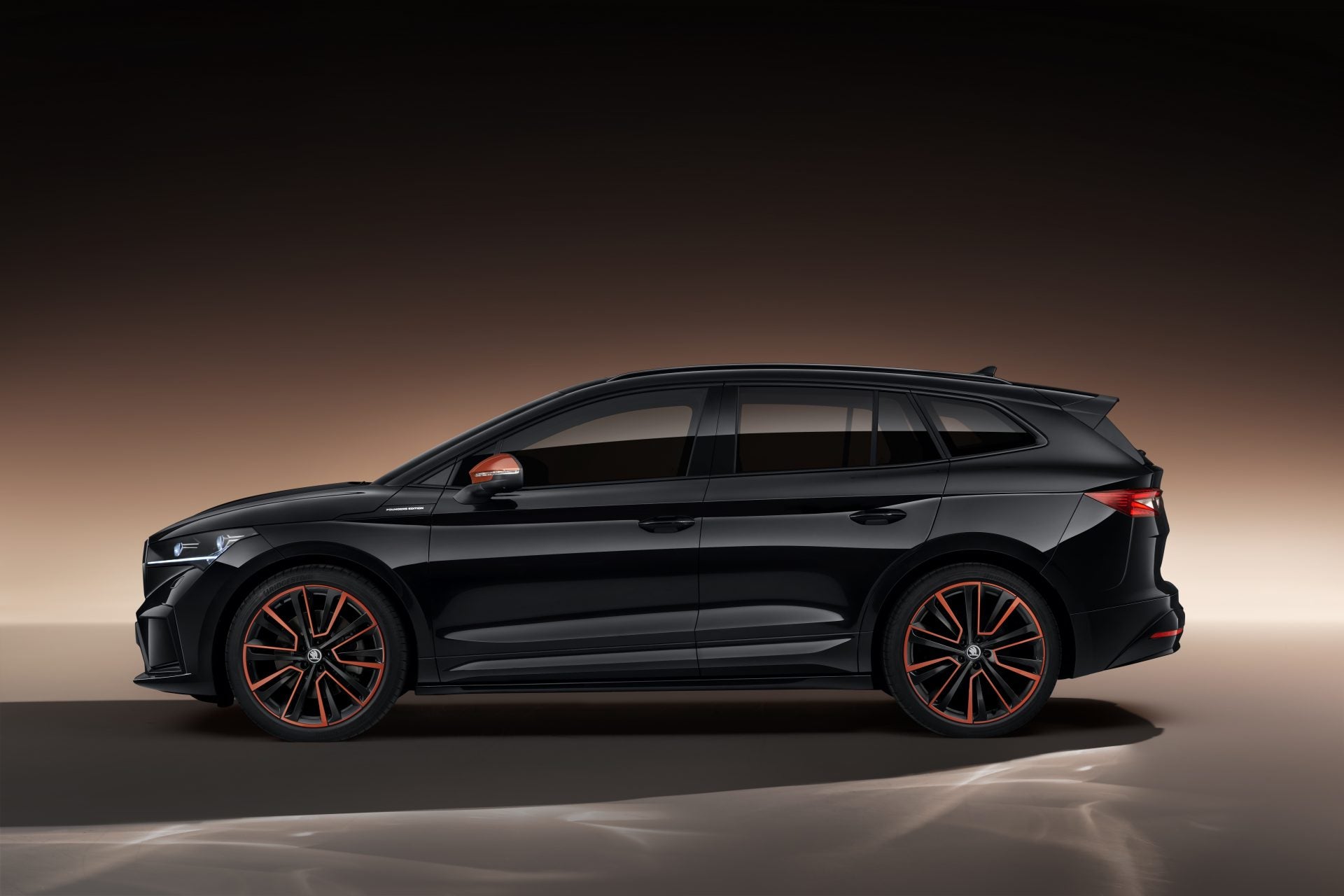 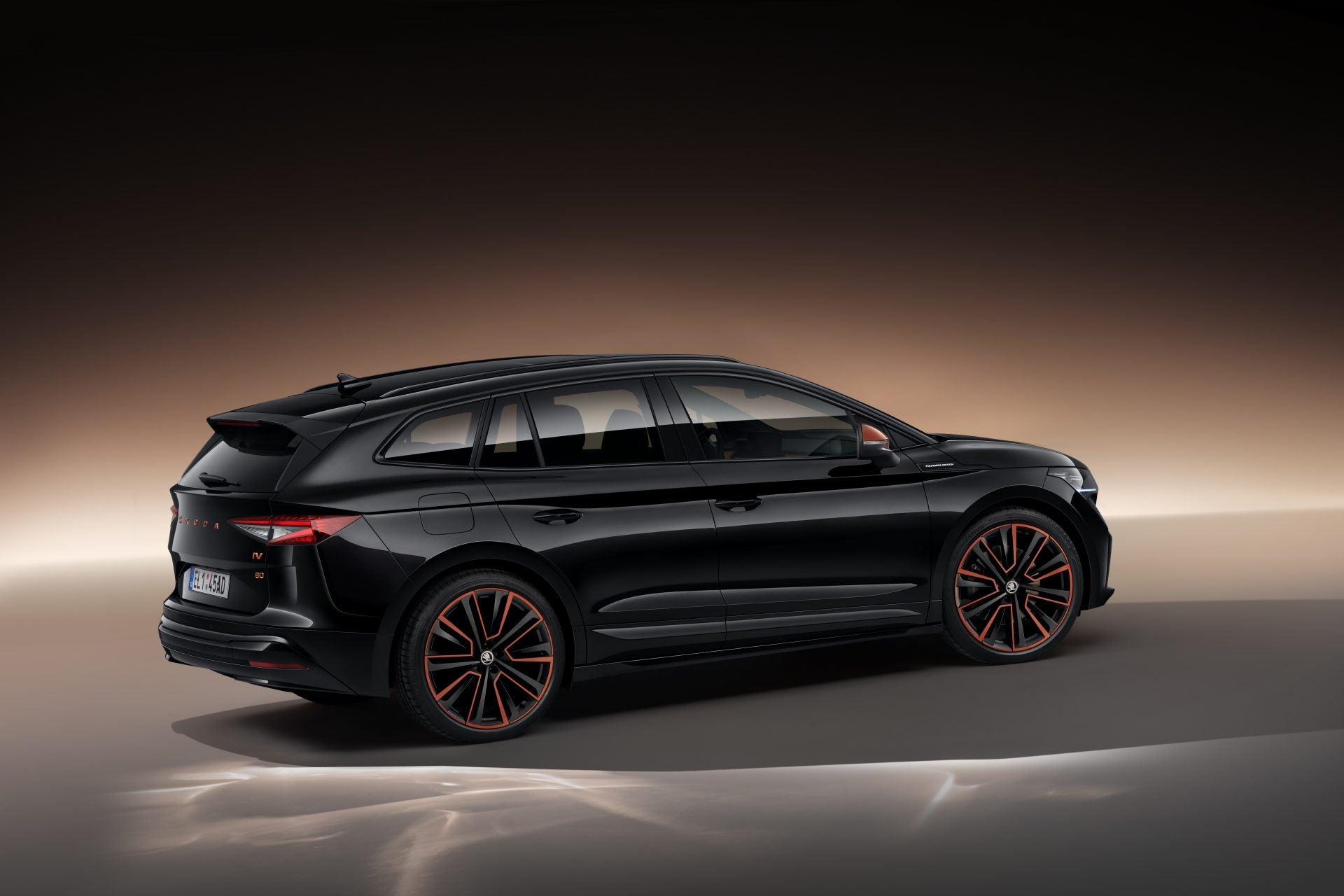 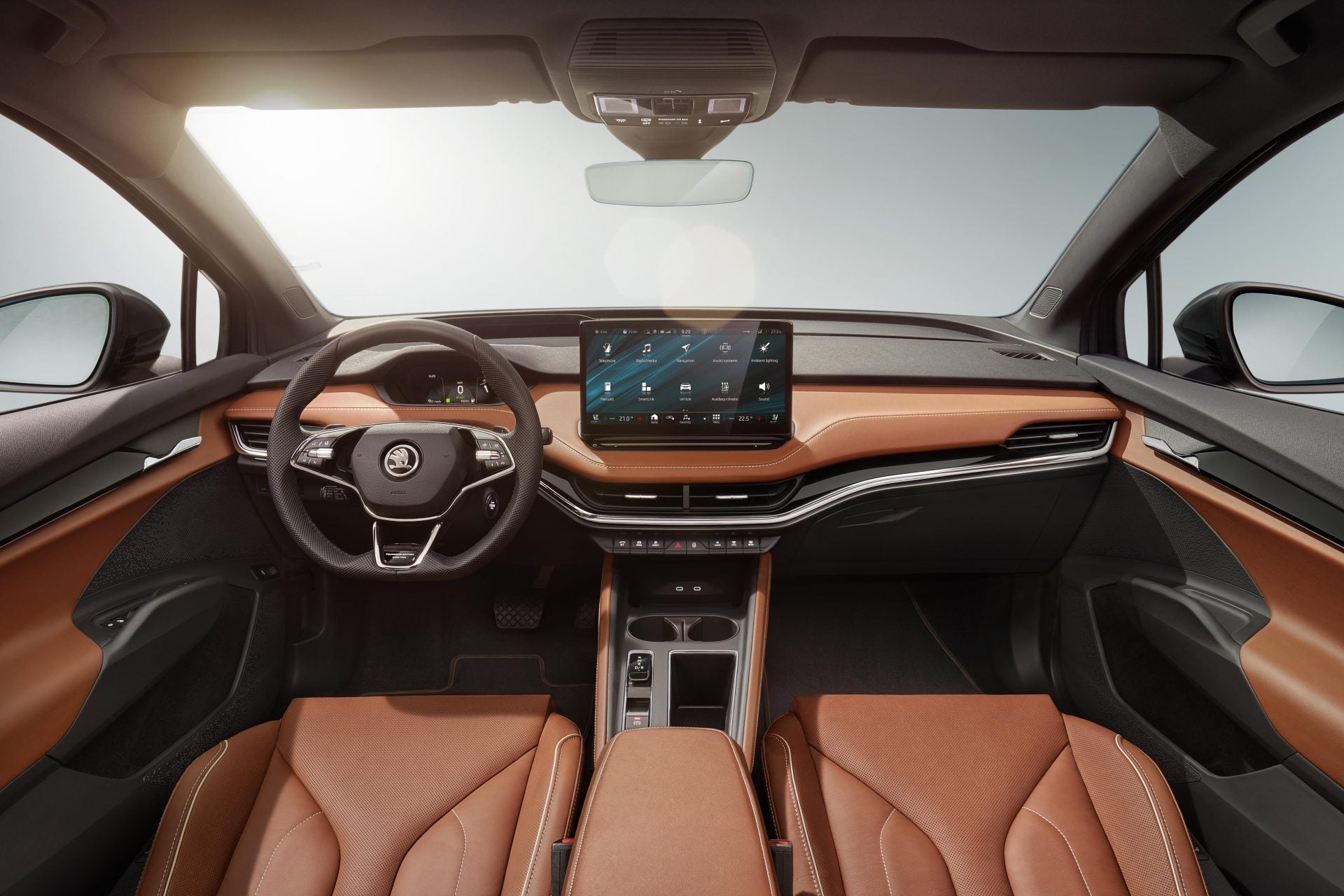 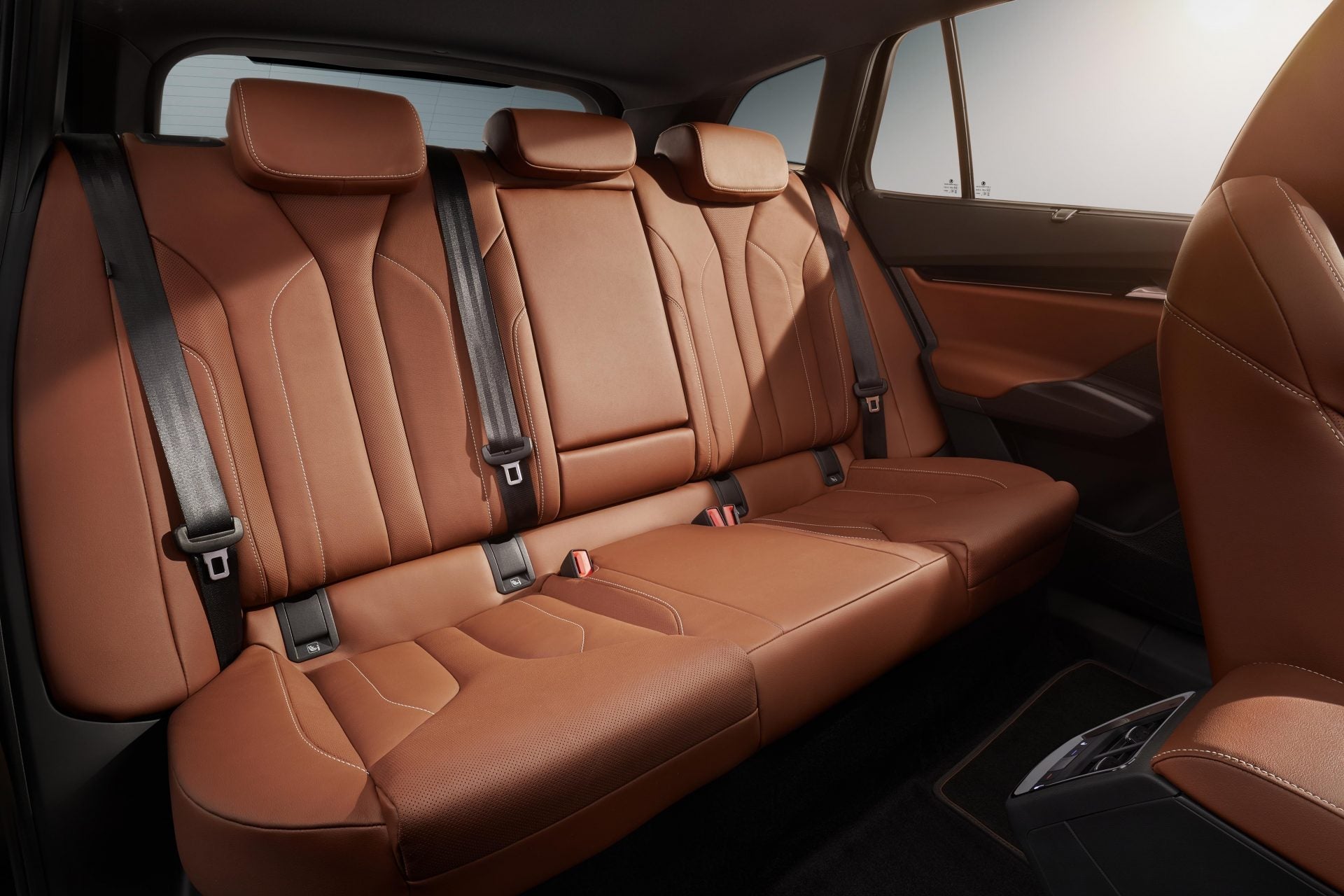 That’s right, the Enyaq iV is a wagon. Gently turned into a crossover, a process Škoda has been perfecting since launching the first Yeti in 2009.

The Enyaq iV can even be specced with a “Sleep Package”, which adds adjustable head restraints on the outboard rear seats, as well as two cozy blankets. If you’ve ever slept in a car before, you know how much of a difference those can make. 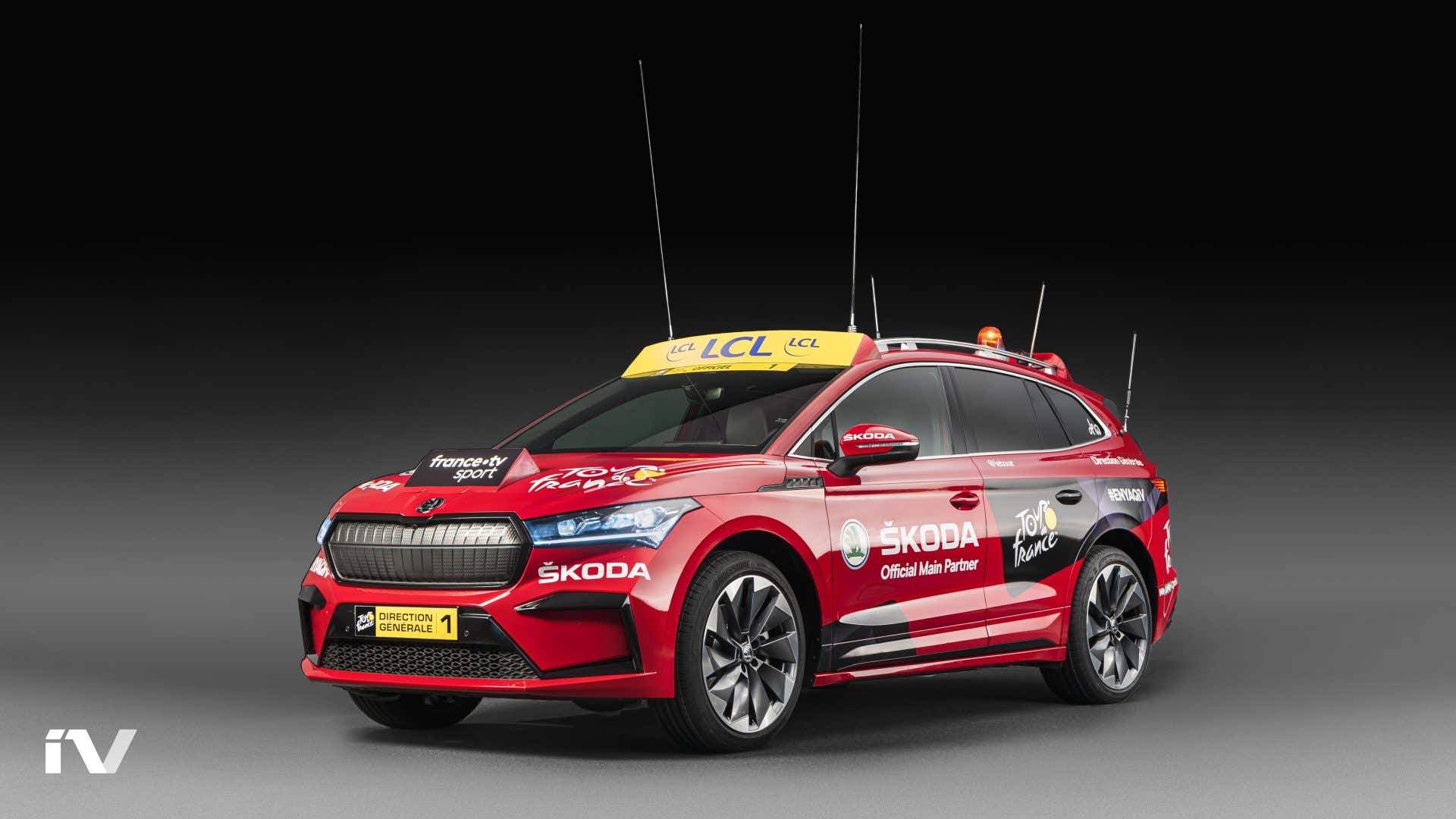 While the Enyaq iV turns a few heads as the official lead vehicle (known as the “Red Car”) during the Tour de France’s 113-mile stage from Gap To Privas, America should get a somewhat sportier Volkswagen ID.4, a crossover we first expected to see in April. Having 301 horsepower and 339 pound-feet of torque in such a package surely sounds like a great idea. 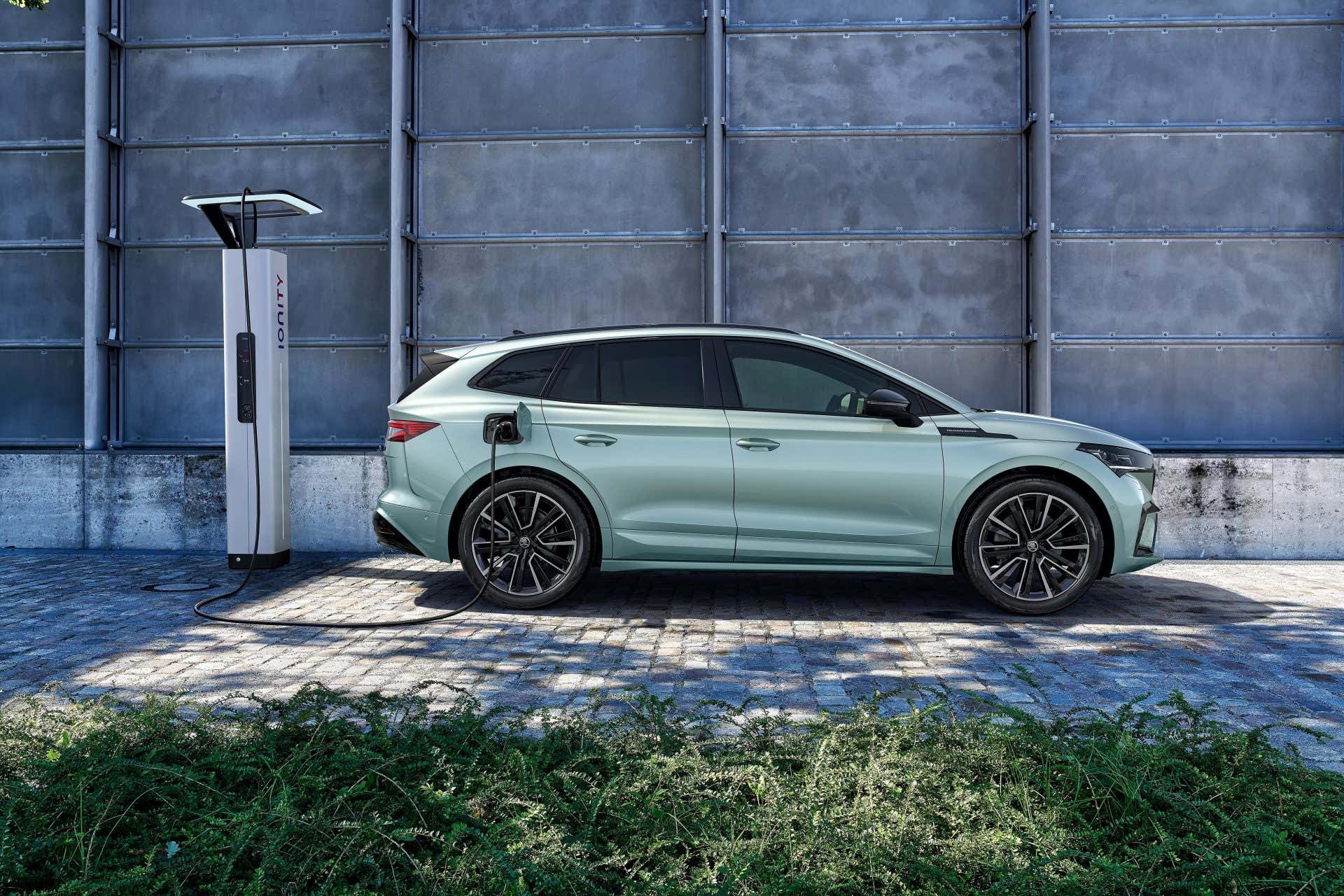