Skoda Slavia 1.0 TSI & Honda City: Comparison after back to back drives 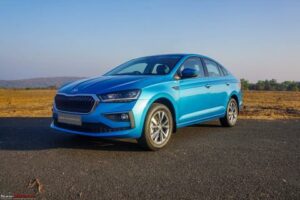 The Slavia ‘s interiors felt better than the Kushaq’s to me, but nowhere near as good as the City’s.

BHPian abhi_ank recently shared this with other enthusiasts.

Drove the Slavia Style 1.0 litre and the City ZX back to back (quite literally, within five minutes of each other). My observations:

Hope this helps people to choose. While I am more inclined towards the Slavia right now, this was nowhere as clear cut as I thought it would be. The City makes a very strong claim to be a better city car. Let’s see which one I go with.