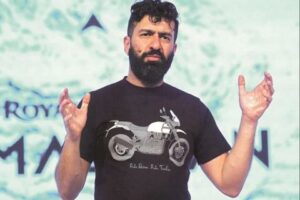 72% of institutional investors who participated in the e-voting rejected the resolution.

The re-appointment of Siddhartha Lal to the post of Managing Director of Eicher Motors Ltd. has been voted down following a proposal to raise his salary by 10%.

The ‘special resolution’ seeking his re-appointment and compensation hike could not be passed during the company’s 39th annual general meeting (AGM). The shareholders questioned the salary hike, proposed at a time when its CV and motorcycle businesses have reported lower profits due to the pandemic and the global chip shortage.

It is said that 26.95% voted against the special resolution, while 73.04% were in favour. However, three-fourths of minority shareholders are required to pass a ‘special resolution’. Also, 72% of institutional investors who participated in the e-voting rejected the resolution.

It has been reported that shareholders had no issue with Lal’s re-appointment as MD, but they were not in favour of the salary hike.