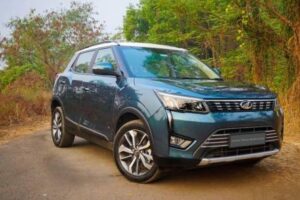 I’ve already booked the XUV300 but after seeing the spy pictures of the 2022 Brezza, I’m having second thoughts about it.

BHPian RahulC recently shared this with other enthusiasts.

I have been longing to buy a new car since the start of this year but for some reason or the other haven’t been able to finally get one. My ultimate priority was safety and my original shortlists were Nexon XZ+ (S) Petrol and XUV 300 W8 (P). After waiting for so long and having witnessed multiple price hikes, I finally booked XUV 300. The day the dealer called me telling me that he had arranged a car for me, I saw the spy pics of the new Brezza. Now I am confused about whether it’s worth going for the XUV 300 (which is now roughly a 3-year-old model) or waiting until the full specs of the Brezza are officially released (anticipated in June).

I would really love to hear thoughts from experts in the community.

Here’s what BHPian ChevyTeddy had to say about the matter:

Having owned a 2011 Ritz earlier, test-driven nearly all the cars in the sub-15L range and owned an XUV300 W6 AMT for the past 9 months, I would recommend the XUV300 without any hesitation.

If I were to compare it to the Brezza, here’s how I would see it:

Service: My experience with Mahindra has been as good as it had been with Maruti. While the parent company (Maruti) has been responsive, I have had mixed experiences at Bimal Motors and great experiences at UM Cars (Domlur). So far at Mahindra, both India Garage and PPS Motors have been good to me.

Build Quality and Safety: A coconut fell bang on the bonnet of my XUV300 a few weeks ago. There was a dent for a short while but it straightened out by itself on my way home. Brezza might be the safest-rated vehicle from the Maruti stable, but I am not sure it might be as good.

Value for money: I lucked out by buying the non-touchscreen W6 variant during the semiconductor shortage, reducing my OTR by INR 1L. Brezza (the pre-facelift version) was even then the costlier option for the AT variant.
Waiting time: A car in hand is better than one just booked, if you ask me. With prices being hiked frequently, and especially more so when it comes to popular models, it’s better to get your vehicle before the hikes push it to the very edge of your budget.

Comfort: As a driver, I am a fan of the XUV. I’ve had multiple day-long trips (750+ kms) without feeling the strain. The turbo petrol has done everything asked of it on highways. The TD I took of the old Brezza, on the other hand, was a disappointment because the 4-speed AT+engine combo just did not seem like it had the lungs to respond quickly. Given the initial feedback for the new Baleno and XL6/Ertiga, if the same new engine is ported over to the Brezza, you might be in for a more sedate ride than you might like.

Boot space: This is where the XUV300 takes a massive hit. I ended up installing a roof carrier when we had the whole family on a trip. Brezza, if I am not wrong, might not have needed the capacity expansion. That said, I am not sure if Brezza will come with load-bearing roof rails – if it doesn’t, it does limit your options should you ever need them in future.

As things stand now, there are a few things that you can’t know about the new Brezza until you do a proper TD and put it through its paces. But if the reasons you had for finally deciding in favor of the XUV300 still hold true, you might be better off going for it. Otherwise, be mentally prepared for a hike that might come in between now and the delivery of whatever car you finally choose. In any case, Brezza or XUV300, all the best and hope your miles are always filled with smiles!