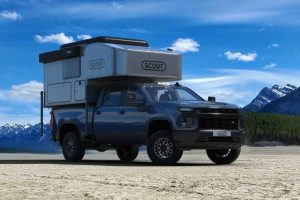 It can sleep six people, and it fits in the back of a full-size pickup truck.

Most of the time, #Vanlife refers to camping, traveling, or even living full time a … um … van. That’s an astounding revelation we know, but sarcasm aside, vans aren’t the only platform for full-service campers. Pickup trucks with drop-in toppers can offer modest accommodations, and the latest offering from Scout Campers called the Kenai isn’t short on space or features.

We’ll start with the features, which includes a full bathroom available as an option. Buyers can choose between a cassette toilet that pivots and stows when not in use, or a 2.6-gallon portable toilet by Domestic. They mount at the rear of the camper, along with an optional 360-degree shower that is situated in a small mud room at the entrance. The area is equipped with a drain and is designed for folks to rinse off before going further into the camper. It can also function as a standard shower with heated water, and it can be used both inside and outside. 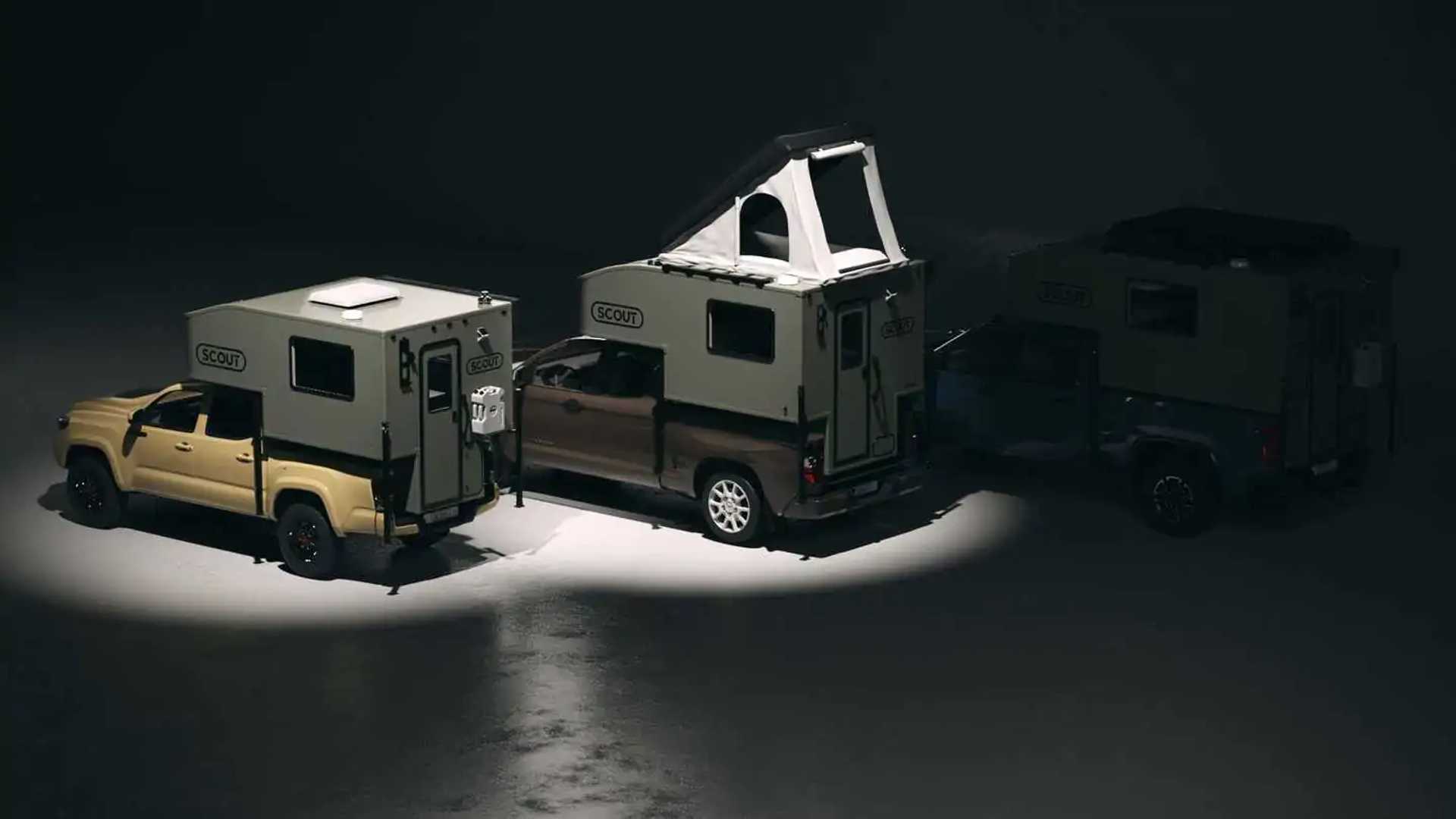 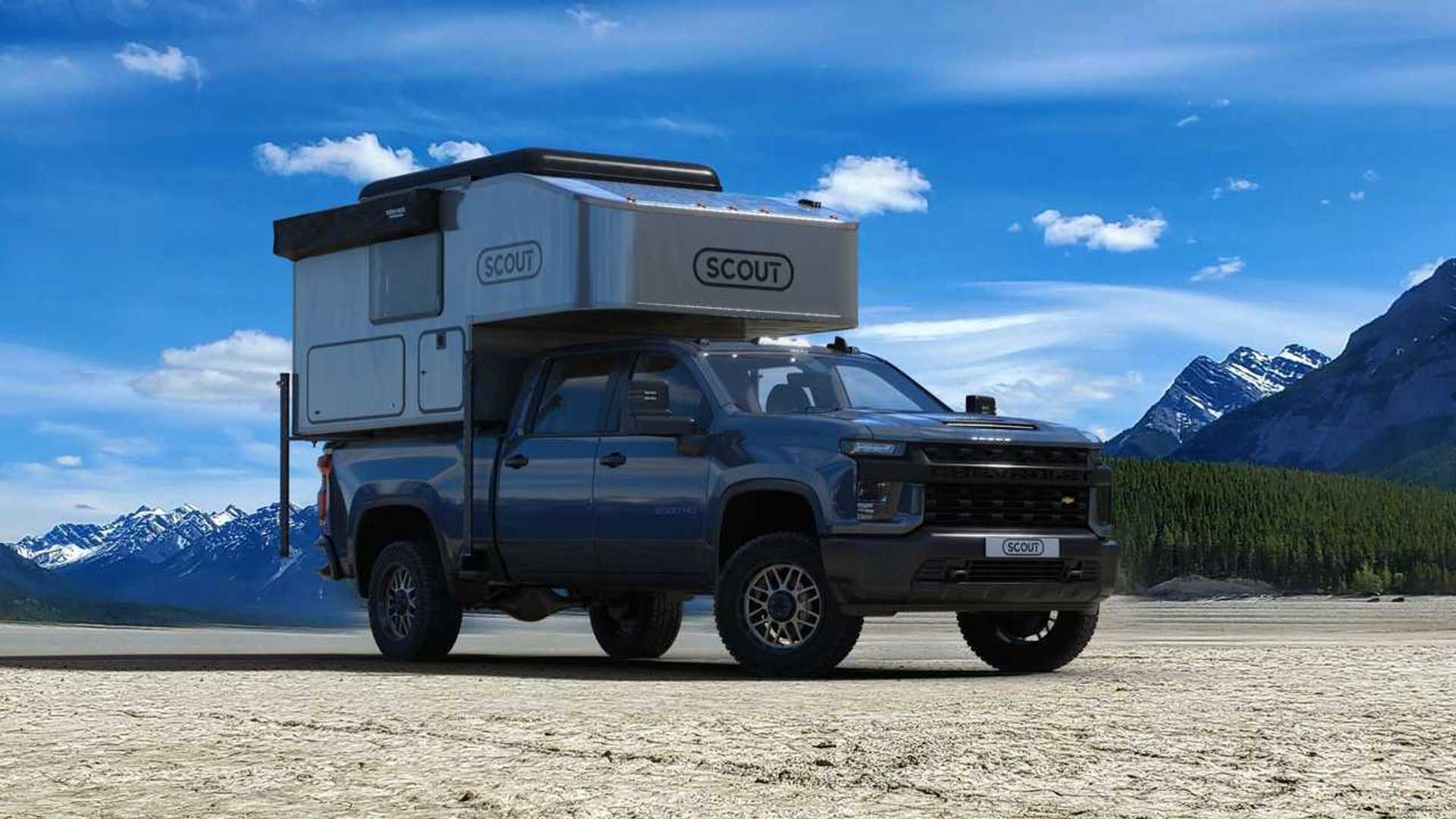 As for space, the Kenai is equipped to sleep up to six people thanks to sleeping quarters over the cab, in the dining area, and in a pop-up tent on the roof. There’s also quite a bit of internal storage with a full-length interior wardrobe, a gear locker with 10 cubic feet of space, hangers for storage bags, and shelving. The L-shaped living area has space for cooking and cold storage, and two 10-pound propane tanks offer plenty of fuel for heat. As such, Scout Campers says the Kenai is four-season capable.

It’s designed to fit in any full-size truck with either a short or long-bed configuration. Despite its size and features, the camper top has an estimated weight of 1,370 pounds thanks to its aluminum exoskeleton and use of composite materials. It doesn’t have every feature you’d find in a large motorhome, but it’s not far off either.

Scout Campers says the Kenai is now available for pre-order. Pricing starts at $23,625.