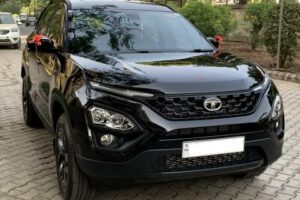 We immediately smelled a lie, since the sales person also tried fiddling with the air conditioning controls before giving this grand statement.

BHPian Cresterk recently shared this with other enthusiasts.

This is the exact same words my dad used when he was explaining why he cancelled our booking to the sales manager. We had booked the exact same model car, Safari XZA+ dark edition and when the vehicle was delivered, the AC just wasn’t working no matter what. The salesperson who was with us during PDI tried to play it off as the car not having had a simple software update and that all new cars are delivered to the dealership this way. We were going to accept it at his word but our neutral family friend we had brought with us immediately smelled a lie since the sales person also tried fiddling with the AC before giving this grand statement meaning he had no clue why it wasn’t working either.

Asking to examine any of the other countless safaris in his yard was met with the response that they had all conveniently received this update that somehow mine hadn’t got. His sales manager also backed him up with even more confidence as well as some small taunts added in that nobody actually does PDI and have you never bought an advanced car like this before. Anyway, we walked away with the promise that the car would be ready the very next day after they update the software.

The next day, we called them and, no surprise, the car still isn’t ready. After a another day of similar responses, we decided to just wait till they called us instead. This was supposed to be just a simple software update, mind you.

Days turn into a week.

It turns into 2 weeks.

Finally we get fed up and call the salesman instead to cancel the booking. He immediately tells us that the car is fixed and you can come take a look tomorrow. We decline. We then receive a call from the sales manager asking why we were cancelling our booking and offering us another safari of the same spec instead. We politely declined and reminded him if this is the kind of ‘we don’t care, not our problem’ treatment they give to someone who booked their most expensive model in the most expensive variant even before the sale is completed, then I shudder to think about their after sales. They tried throwing some weak threats about how they had brought such an expensive car all the way from Maharashtra in our name and now we can’t just change our minds like that without repercussions. Told them good luck with that

Got my booking amount refunded in about a month.

Anyway @revved_up , remember that pretty much all such dealership personnel are trained liars. They are trained very well to play off all your complaints as very minor things and make you feel silly or incompetent for bringing up serious issues. The managers are no better, they are just there to make sure the lies are told as efficiently as possible and make the dealership as much money as possible. The only thing you can do in this situation is to vote with your wallet and find another dealership to go to that is professional and doesn’t just see you as a bakra to squeeze money out of, repercussions be damned.

Also most of the blame lies on Tata motors for such unscrupulous dealerships facing no consequences as well as for manufacturing and selling ‘premium’ cars with zero quality control which ends up making the owner’s life hell. Tata motors enjoys many tax advantages as well as numerous other benefits for being a domestic company yet they still can’t resist cutting corners and can’t deliver a car that actually works compared to foreign companies that are taxed heavily and have their margins eaten up left, right and center. They have the time to design and launch numerous special editions of their cars but still can’t do something as basic as pulling aside a car with obvious issues in the factory.

For anyone still considering a tata car, I would recommend you go through the teambhp PDI checklist and ensure everything works exactly right before you pay anything other than the booking amount. Like it’s mentioned in the checklist, do take a neutral third party with you, preferably a friend or neighbour who is also into cars. I know I would have accepted the dealership’s lame excuses and gone ahead with the payment if I had gone alone since I was impatient about finally getting the car and you just don’t really want to accept that something is wrong with your precious car that you fell in love with and you saved up for. Do feel free to vote with your wallet and walk away if something feels off because every time I see such posts, I am reminded that I saved myself from what was likely a lemon and a major headache. Until companies see that they are losing customers for their shoddy practices, nothing will be done to improve.