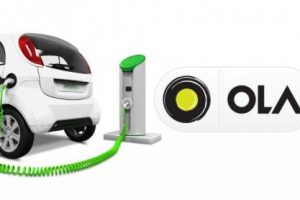 Ola’s electric car could be offered in two variants – for private buyers and for the fleet segment.

As Ola Electric prepares to enter the electric 2-wheeler segment in India, reports have emerged about the company’s plans to launch a compact electric car.

Ola Electric’s first 4-wheeler EV is rumoured to be based on a born-electric skateboard platform. It is likely to be a compact city car with a futuristic design and limited range. Rumours suggest that Ola’s electric car could be offered in two variants – for private buyers and for the fleet segment.

It is said that Ola Electric will be setting up a Global Design Centre for its electric car division in Bangalore. The company is also constructing the world’s largest 2-wheeler factory in Tamil Nadu with an annual production capacity of 2 million electric 2-wheelers. It is unclear if the future electric car will also be built at this factory.

Ola Electric will be setting up a Hypercharger network of about 1 lakh charging station across 400 cities in India. It could be made compatible with electric cars as well.