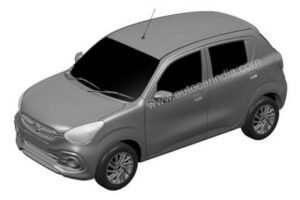 The Celerio is expected to be offered with 1.0-litre and 1.2-litre petrol engines.

According to a media report, the market launch of the next-generation Maruti Suzuki Celerio could take place on November 10, 2021.

The first images of the new Celerio had surfaced in August this year after the car was spotted during an ad shoot. As per the leaked images, the car will feature a completely new front fascia featuring reshaped headlamps and a new grille. It also gets a redesigned rear end.

On the inside, the Celerio will get a redesigned dashboard with a touchscreen infotainment system.