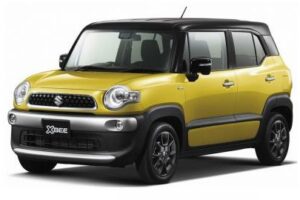 The Maruti YY8 electric SUV is expected to compete with the all-electric variant of the Tata Punch.

Maruti Suzuki has been lagging behind its rivals when it comes to electric vehicles. However, a new report suggests, the carmaker is working on an electric SUV (codenamed: YY8).

The Maruti YY8 is expected to adopt an SUV-like body style with compact proportions. It is rumoured to be launched in the Indian market in 2024.

While technical details of the YY8 are still under wraps, it is likely to be jointly developed with Toyota. Therefore, we might also get a Toyota-badged electric SUV in the future.

According to the media report, the YY8 is likely to be manufactured at Suzuki’s Gujarat facility. The carmaker is said to be targeting annual sales of 1.5 lakh units.

The Maruti YY8 electric SUV is expected to compete with the all-electric variant of the Tata Punch and others from the same segment.