Rumble strips on Hyderabad roads: A major hazard to motorists 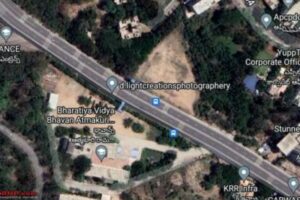 Any cars plying here have their suspension brutally assaulted on every single opportunity. This is terrible and some sense is needed.

BHPian GForceEnjoyer recently shared this with other enthusiasts.

The rumble strips are an absolutely awful menace all over Hyderabad. They are no longer the docile strips of white paint which I used to see a few years ago, they are basically 2/5 of a speed breaker at this point. Each and every road is being littered with these. And there is absolutely no consistency! One set could be nearly intangible at 60 km/h, yet the very next one could rattle your bones out. Then, as you slow down for the next one, you’d have your back broken even at 30 km/h. Worse still, these three sets would all have been within 50 metres of each other!

I just don’t understand, what’s the point of these on perfectly straight roads with good surfaces? And even the ones around curves are terribly and possibly dangerously implemented. On ISB Road, you can feel the rear losing traction on the set of rumble strips smack in the middle of the curve unless you’re traveling at least at 60 km/h!

Special mention needs to be given to the Durgam Cheruvu bridge and the elevated road following it. The size, sharpness and sheer number of rumble strips is atrocious to say the least. The worst part is, nearly every road in the city is now moving towards this state!

Any cars plying here have their suspension brutally assaulted on every single opportunity. This is terrible and some sense is needed. The average speed of commutes has nosedived even without traffic now. Hyderabad used to be the only city (in my experience) where you could use cruise control on a good day (University of Hyderabad area especially). Now it seems like the only metropolitan city which actively punishes you for even daring to drive!

In fact this is something I’m now seeing on lots of major roads all over Telangana. The NH-44 has such massive rumble strips that you feel as though the entire dashboard is going to fall apart. The majority of cars plying here will become rattle boxes soon.

Here’s what BHPian condor had to say on the matter:

Not just Hyderabad. Rumble strips are meant to be subtle, but here in Bangalore most of these are like a series of mini, flat speed breakers about 1 cm high.

Just hate these, and esp the ones where the tar in between two strips has eroded turning the rumble into shakes.

Here’s what BHPian SmartCat had to say on the matter:

Here’s what BHPian Ojas had to say on the matter:

These rumble strips are the reason I avoid the shortest and the most convenient route to my office. They are such a nuisance.

It’s a matter of time before cars develop rattles. While on these roads, I sometimes wish I had bought a cheap abuse-friendly car instead.

They also potentially cause accidents because some cars slow down while others just fly past as if they don’t even exist.

Hope some sense prevails and authorities fix this soon.

Here’s what BHPian RunGaDa had to say on the matter:

Agree. I would be happy if they are consistent. But they are not. If you by chance drive on the Bio Diversity flyover – yes the same one from which a high flying entrepreneur jumped with his car – literally, there are infinite rumble strips on that fly over. They actually built an opposite banking on the right turn coming down. Shockingly in India authorities are so outdated when implementing proper and safe roads and facilities to drivers that it feels like living in a cursed parallel universe if one has seen better things outside India.