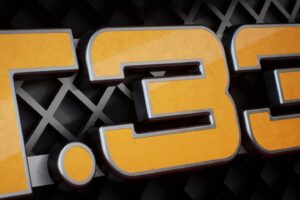 Gordon Murray Automotive has confirmed that its long-rumoured second model will be a ‘Supercar GT’ and receive its global debut later this month. The T.33 is expected to slot below the existing T.50 and T.50s in the manufacturer’s fledgling lineup, but, unlike its stablemates, GMA says its newest car will mainly be built at its new Global Headquarters and Technology Campus in Surrey.

Given that construction of Highams Park is strictly a work in progress – and development work still continues on the limited edition T.50 – that puts a production launch of the T.33 someway in the distance. Nevertheless, official word of the all-new model is still fantastic news for 2022, not least because it is almost certainly going to be more attainable than the strictly limited, £2.36m-before-tax hypercar that precedes it.

Of course, when we say ‘attainable’, we mean that strictly in a relative sense. Early estimates suggest it might cost somewhere in the region of £1m – so probably not a plausible upgrade even for Bentley GT drivers. Yet clearly it is a more usable sort of supercar that GMA is targeting with the grand tourer tag, one likely to be shorn of the ground-effect generating wizardry which features on the T.50, but likely still featuring some variant of the Cosworth-built V12 that powers its sibling. It seems reasonable to expect a more conventional two-seat layout, too – especially if GMA has gone to the (rumoured) trouble of designing a new carbon fibre monocoque for the job.

For now, the firm remains tight-lipped on the technical details. The first phase of the T.33’s development is due for reveal three weeks today (January 27th), with GMA only confirming that much of the additional engineering work is also expected to take place at its new headquarters. The latter, we are reminded, is no less exciting than the car: the state-of-the-art facility is the result of £50m investment and will eventually house vehicle design, development, a test track and a heritage centre, not to mention customer sales and servicing suite.

Speaking to the news, Gordon Murray, GMA’s Chairman, said: “I am confident that both our new Supercar and our new home will be game-changers in the UK automotive industry. We will have many important milestones for our HQ over the next two years. But one of the most important will be on 27 January when we reveal the first Gordon Murray Automotive vehicle to be manufactured there. We’re all extremely excited to be revealing such a significant car to the world in just three weeks from now.”