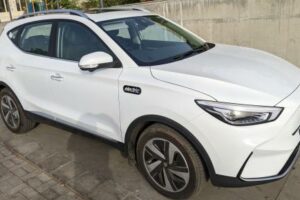 According to my research this car most likely has a LFP battery (not confirmed officially) that is actively cooled. This chemistry is very resilient to high charging/discharging so don’t fret about charging to 100% or going down to 20%.

BHPian NT56 recently shared this with other enthusiasts.

I corroborate with all the things mentioned in the official review. So instead of repeating all the hits and misses, I have focused on my initial ownership experience and observations. I got this car in April and I am enjoying it so far.

I was instantly attracted on the first ride. Her sophistication, elegance and energy had me smitten. I had to woo her a lot because there were so many suitors. She tested my patience but finally after several months she moved in with me. Now I have gotten to know her personality better and the initial attraction has metamorphosed into deep admiration.

The first few weeks revealed her quirks. I quickly found out that she hates heat. Her efficiency drops rapidly and so I try to keep her in the shade. She also doesn’t like to be pushed to the limit and prefers smooth sailing. She has a weird accent and so we keep our verbal dialogue to a minimum. After several efforts I was also able to convince her not to start the radio every morning.

She is like an exotic beauty and yet extremely low maintenance. Her best aspect is the poise with which she carries herself even while hustling. There is no melodrama instead just peace and comfort. At the start I thought she was strictly a city gal but it seems she doesn’t mind a short weekend getaway. She was surprisingly fun and energetic on our recent trip. We both know that she is a sprinter and not a marathoner. So she doesn’t mind me occasionally riding with other gals who prefer cross country trips. She knows I will come back to her. She is also very charismatic and has charmed my family and friends. She is unique and the easiest to live with compared to all my previous partners.

These are still early days but so far I love this car for its refinement, comfort, acceleration and technology.

Following are the things I have done and recommend to prospective owners:

Do your own research before buying the car and if you are still risk averse to this new technology stay clear of EVs. But after you have pulled the trigger enjoy the car without worrying about battery degradation. Personally this car fit my requirements so well compared to anything else on the market that I am okay to be an early adopter (probably early majority) of this relatively new technology. I believe that the car will remain usable in the city for a very long time.

Other things of interest that I have noticed:

This thankfully ended my passionate and painful car search journey of 2 years. This car replaces my 10 year old Polo for my daily city commutes of about 40 odd kilometres. I tried all the turbo petrol automatic crossovers from the Duster to the Compass and all had some deal breakers. Most suffered from the turbo lag and felt slow to respond to my throttle inputs when I wanted sudden bursts of acceleration at low speeds. I was finally convinced with the Octavia even though it’s a bit too big for my needs. I have seen enough Skoda breakdowns in my family past 60000 kilometres to not trust the brand with high mileage use cases. But the Octavia seemed like the only car that would make me happy and so I had prepared myself to pamper the car including its DSG gearbox, light suede seats and the turbo petrol engine. I also braced myself for the high running and maintenance costs. While waiting for discounts on the Octavia, I test drove the ZS EV and found it impressive. I never thought I would get an EV in 2022 much less so with a relatively new brand. The exclusive (top) trim surely seems expensive by 2-3 lakhs but then so is everything else that I liked in these times of supply shortages. The MG sales and service experience have been very good so far. They have cordially attended to my several unusual requests pre and post sales.

Among all the cars that I test drove I felt that under 30 lakhs the Compass is a solid touring car, the Octavia is an elegant all-rounder and the ZS EV is a brilliant city car. If one needs a silent, comfortable and a quick automatic city car this one should be on the shortlist.

I have been lucky in terms of ownership experiences with all my past cars and I anticipate this one will build special memories too. 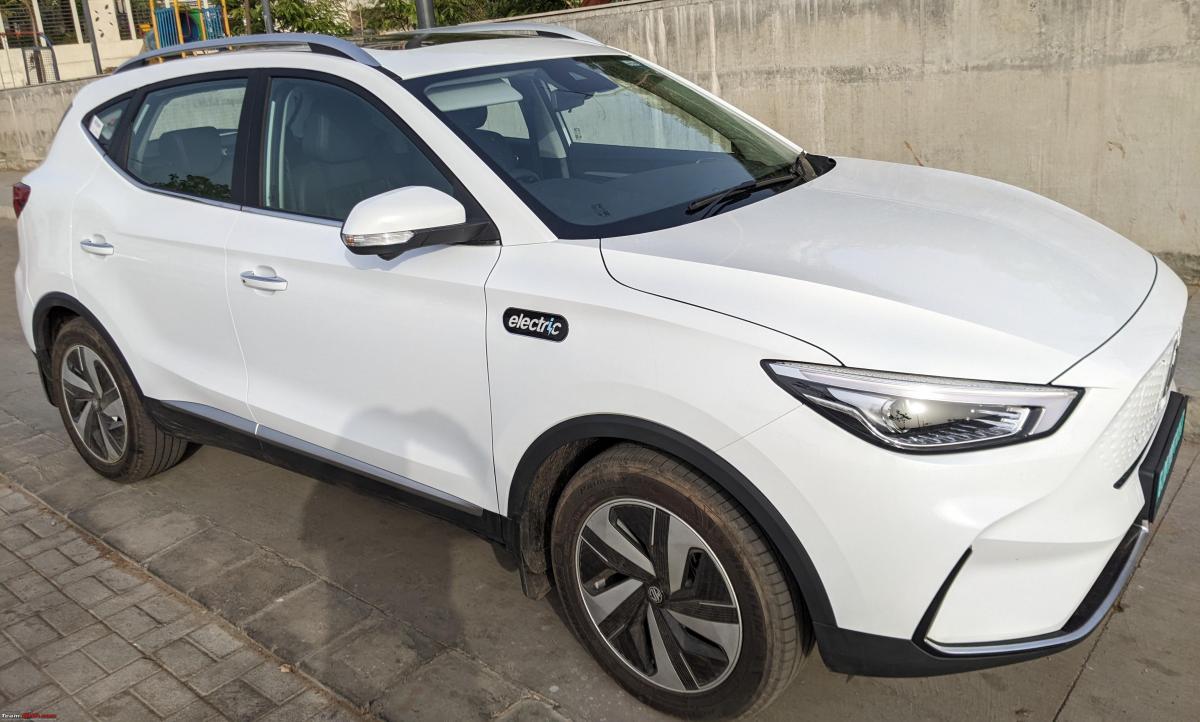