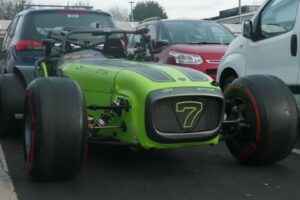 Not all bad ideas appear that way at first. Putting Formula 1 tires from Pirelli on your project car falls into that category, I’d say. On the surface, it seems like a great (if wildly expensive) way to get ultimate grip, and when the car in question is an open-wheel Caterham 270R, it seems like an even better fit. The thing is, though, these tires are tricky—just ask actual F1 teams.

The folks over at Driven Media found this out firsthand recently. Anyone who’s ever attempted to run a car with summer-compound tires in the winter knows that cold rubber does not make for much grip. And as it turns out, not even tire warmers make enough of a difference when the rubber works best at 212 degrees Fahrenheit.

The first challenge was getting the wheels and tires onto the Caterham. Since they require a single centerlock rather than traditional lug nuts, the entire setup needed to be custom-fabricated. This took some time, as you’d expect, but the result was as beautiful as anyone could’ve hoped.

But even once they were on, the setbacks piled up. In short, these tires have to spin a lot to maintain enough heat and remain effective. If the car’s going too slow, which this Caterham was despite the crew’s best efforts, then it’s almost like driving on ice. Whether they were testing them on the road or at the track, it was just impossible to get them working right—not even a few burnouts could do the trick. 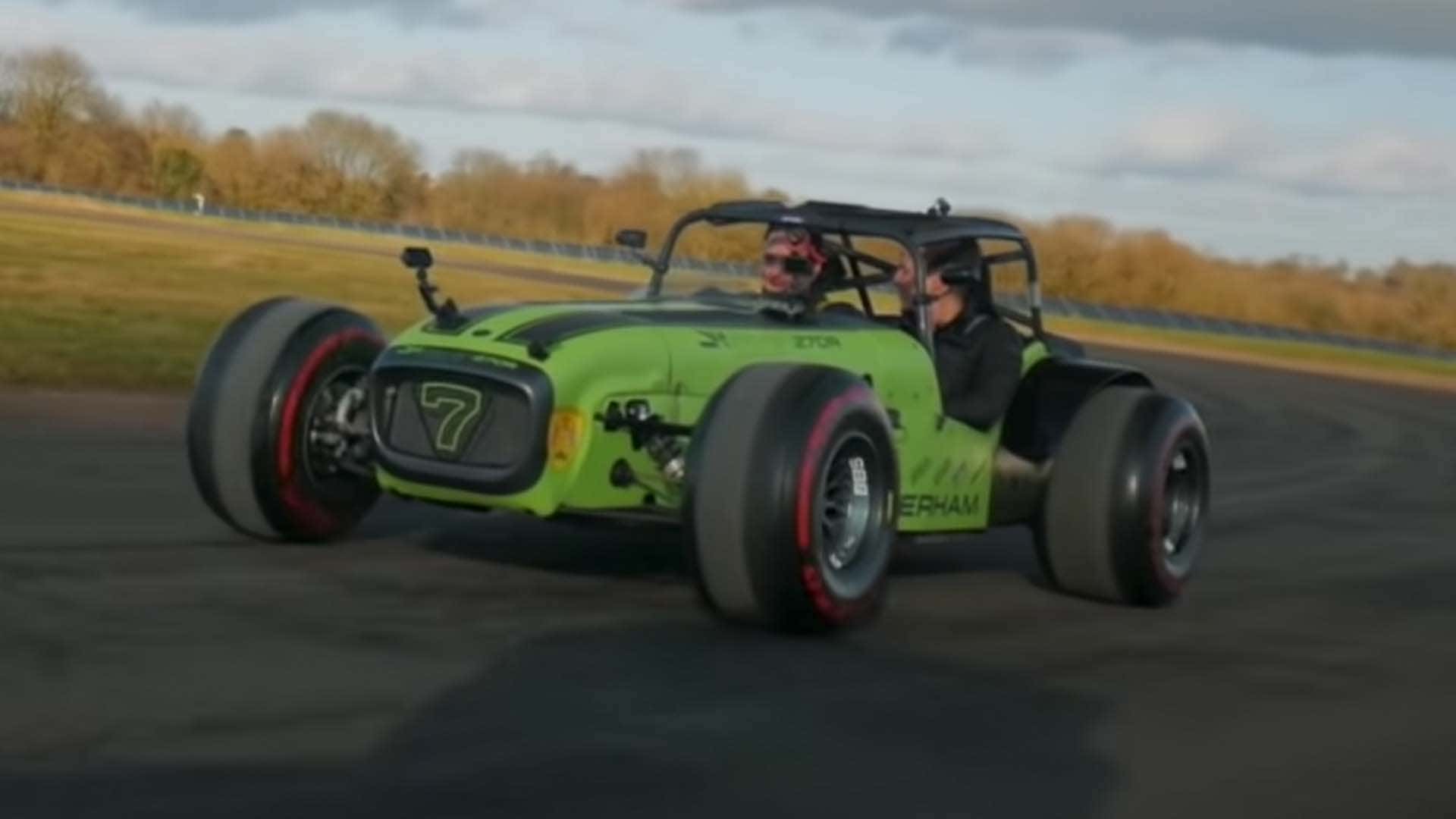 This is not to say that F1 tires are inferior—far from it. It’s just that they’re developed with higher-wear compounds and have to operate inside a specific heat range. That’s why you see F1 cars swerving when they’re driving slow, like behind a safety car, for example. If they lose that heat, then they’ll be at a serious disadvantage when it’s time to corner hard.

Now, the video’s only a little more than six minutes long, and there’s no hard data to analyze. Even then, it’s clear that this seemingly good idea was, indeed, bad. If anyone wants to try mounting F1 tires on their own daily driver—say, a Toyota Sienna—I am all for that. I wonder what would happen if you put a Sienna’s wheels and tires on an F1 car…