Home » Auto News » Praise Be: The Next Subaru WRX Will Still Have A Manual Gearbox

Praise Be: The Next Subaru WRX Will Still Have A Manual Gearbox 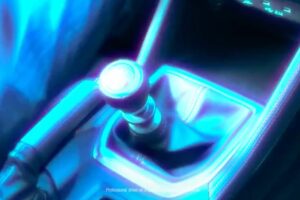 Performance cars with manual gearboxes seem to be an endangered species, but happily, there are some ‘conservationists’ out there stopping the breed from dying out entirely. Today we’ve had the full reveal of the new manual-equipped Nissan Z, which happened not long after Subaru posted a new teaser for its incoming WRX, proudly showing off its stick shifter.

Once upon a time, this would have been a given, but not so much these days. Along with the manual confirmation, we also get a brief and distant look at the exterior styling as the car kicks up a load of dust. Entertainment value looks to be guaranteed.

That’s all Subaru is giving us for now, but we are fairly sure the new WRX will use a tweaked variant of the ‘FA24’ 2.4-litre engine. This flat-four provides 257bhp at 5600rpm in the Ascent and US market Outback, but in the WRX, this figure will rise beyond 280bhp. This should be developed later in the rev range in the WRX, too.

The FA24 will be warmed up even further for the WRX STI, which is expected to develop more like 400bhp. That’s around 100bhp than you got in the old one, which should help the STI catch up with those pesky hot hatches that have been raining on its parade for the last few years.

It’s unclear if the STI will make it to the UK, but we’re fairly sure the WRX won’t be imported here. Unfortunately, we’ll be denied the Nissan Z too, as it isn’t coming to Europe. But hey, at least there’s the new Subaru co-developed Toyota GR86 to look forward to.