The upcoming 2020 Porsche Taycan set a new record at the Nurburgring Nordschleife for four-door electric vehicles, lapping the 12.8-mile layout of the famous German track in just 7:42.34 with Porsche test driver Lars Kern behind the wheel.

The Taycan used for record-setting purposes is a 2019 prototype of the range-topping model scheduled to debut at the 2019 Frankfurt Motor show next month. According to the automaker, it boasts two electric motors—one for each axle—an electric all-wheel-drive system, and 21-inch lightweight wheels. However, there’s no word on what kind of rubber the high-performance EV was riding on when it set the record. In addition, the Taycan is equipped with something called Porsche 4D-Chassis Control, a system designed to monitor and fine-tune the car’s chassis, suspension, and other handling characteristics in real-time.

“The Taycan is also suitable for race tracks and it convincingly proved that here on the world’s most challenging circuit,” Kern said. “Again and again, I am impressed at how stable the all-electric sports car handles in high-speed sections, such as Kesselchen, and how neutrally it accelerates from tight sections, such as Adenauer Forst.”

Porsche has put the Taycan through a rigorous testing program in recent months, with the hopes that it will eclipse its competition upon debut—and that it stays at the top of the segment for a long time to come. The Taycan recently completed a 2,128-mile endurance test at the Nardo test track, where it lapped the famous oval for 24 hours in order to test the reliability of its electric drivetrain and other components.

The German automaker currently holds the fastest overall lap time around ‘Ring both with internal combustion- and battery-powered vehicles. The Porsche 919 Hybrid Evo set the all-time fastest lap record with a time of 5:19.546, while the Volkswagen ID.R electric race car designed originally for the Pikes Peak International Hill Climb set an EV lap record of 5:05.336. 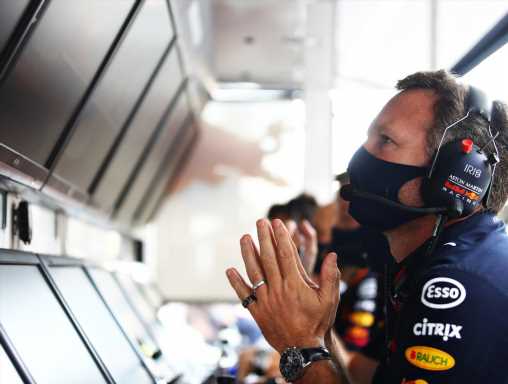