Porsche At the 24 Hours of Le Mans: A Golden Anniversary in 2020 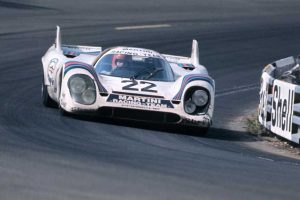 With a motorsports history as rich as Porsche’s, it’s difficult to find a year where the German automaker isn’t celebrating some sort of anniversary of a racing triumph, but this year marks a big one. When the 2020 edition of the 24 Hours of Le Mans rolls around on Sept. 19-20, it will mark 50 years since Porsche first claimed an overall win at the famous French endurance race back in 1970. Porsche and the 24 Hours of Le Mans go together arguably as much as Ferrari and the Italian Grand Prix at Monza. Although Porsche won’t be fielding an official factory entry, there will be plenty of Porsches on the grid at this year’s race as usual.

Indeed, Porsche didn’t rest on its laurels and tout its 1970 24 Hours of Le Mans win ad nauseum and ad infinitum. Porsche instead has returned to the small French town every year since then in some form or another, whether in a factory-backed prototype or via a scrappy privateer effort. And its racing history at Le Mans goes back even further than that. Since its first participation—and first subsequent class win—in 1951, Porsche has scored a stunning 19 overall victories and 87 individual class wins. Ahead of the marque’s fight for an anniversary class win in the 2020 edition of the race, we thought it prudent to take a look back at Porsche and the 24 Hours of Le Mans on the road to 50 years.

Porsche needed 19 years from its first 24 Hours of Le Mans outing to claim an overall victory in the race, but that doesn’t mean it didn’t spend plenty of time on the podium along the way. Through all of the 1950s and the earlier portions of the 1960s, Porsche swept class wins, first with the basic 356 SL. It then gained notoriety as a reliable class winner in a selection of 550s, 718s, and 904s, all while privateer 356s continued to quietly claim lower class victories.

Porsche began to significantly ramp up its 24 Hours of Le Mans efforts in the later part of the 1960s, claiming class dominance in legendary cars like the 906, 907, 908, and 910, with a clear evolution seen in Porsche prototypes as its efforts eventually all converged with the indomitable 917. All the while, the then-new Porsche 911 claimed its rightful place in motorsports history as a 24 Hours of Le Mans regular, showing up first in 1966 for a class win with a singular privateer-run 911 S, and eventually proliferating through the field to the 1971 edition of the race that saw 21 individual 911s in various forms sitting on the starting grid. (Story continues below.)

ATTENTION LE MANS FANS! MotorTrend is the EXCLUSIVE SPOT IN THE U.S.  where viewers will be able to see all of the 24 Hours of Le Mans, from qualifying to race end. Sign up for our special offer of only $2 a month for a year, and you’ll get all of the action, including qualifying on Thursday, Sept. 17, live race coverage beginning at 7:30 a.m. Eastern (4:30 a.m. Pacific) on Sept. 19, and the checkered flag after 24 hours of on-track battle. In addition, fans will be able to view special content prior to and during the Le Mans weekend—part of a vast array of more than 3,200 hours of content available on the MotorTrend App.

The year 1970 was the first time no car finished ahead of a Porsche after 24 hours in Le Mans, with Hans Herrmann and Richard Attwood taking the laurels in the mighty Salzburg-liveried 917K. The 917 then claimed a one-two overall finish in the 1971 race, before the FIA’s fear of both spiraling speeds, power, and the looming threat of Porsche dominance led it to reduce the engine-size limit in 1972, knocking the unbeatable 917 out of contention.

The 956 continued to rack up first-place finishes through 1984 and 1985, when it was subsequently replaced by the similarly domineering 962 for the 1986 24 Hours of Le Mans. The car took both the overall win and second place in its first outing, followed home by 956s in the third through sixth finishing positions. The following year, 1987, was the Porsche’s final overall Le Mans 24 victory until the mid-1990s.

Things Get a Little Confusing in the ’90s

With Porsche participation down across the board in the early 1990s, the German automaker didn’t log so much as a Le Mans class win until 1993. This changed in 1994 when Porsche entered the 962 once again, this time with support by Dauer. Another overall Le Mans 24 Hour win in the bag, the next win occurred in 1996 with the rather strange TWR Porsche WSC-95 prototype.

How strange? With nominal technical backing—but outright approval from Porsche—Tom Walkinshaw Racing modified a Jaguar XJR-14 chassis to accept the Type 935 powerplant in preparation for the 1995 IMSA WSC series. After changes to IMSA regulations, the WSC-95 was rendered instantly obsolete in that series, but Joest Racing convinced Porsche to let the team have a crack at the following year’s running of the 24 Hours of Le Mans, fronting the money and personnel support to do so.

At the same time, Porsche was preparing the successful Porsche 911 GT1 program for the 1996 racing season, ending up finishing first in its class and second overall at Le Mans after the aforementioned WSC-95 car. The year 1997 led to another first place finish for the WSC-95, though the 911 GT1 tailed behind the upstart McLaren F1 GTRs. Eventually, Porsche took over the WSC-95 program and evolved it into the successful GT1-98, which took home Porsche’s last overall Le Mans win until the 919 Hybrid in 2015.

As we’ve seen before, just because Porsche isn’t competing in one of the top classes doesn’t mean it isn’t winning. For the better part of the 2000s, privateers racked up class wins in GT3 variants, while Porsche mostly stayed out of factory-backed efforts until the late 2000s, when the excellent RS Spyder Le Mans Prototype claimed a series of major wins around the world. The RS Spyder won the LMP2 class at Le Mans in 2008 and 2009.

After a hiatus of major LMP1 efforts during the 2000s and early 2010s, Porsche announced its plan to tackle the 24 Hours of Le Mans once again, this time competing in the LMP1 Hybrid class that sits at the very top of the field. After an 11th-place finish at Le Mans in 2014, the 919 returned triumphant in 2015 for a one-two finish, leading to another win in 2016 and 2017. Its latest job done, Porsche discontinued the 919 Hybrid program to refocus its efforts on Formula E. For the 24 Hours of Le Mans in 2020, Porsche fields two 911 RSRs in the GTE Pro class.