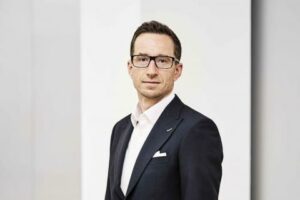 Zac Hollis will be taking on another role within the VW Group.

Petr Solc has been appointed as the Director – Sales & Marketing of Skoda Auto India. He replaces Zac Hollis who will be taking on another role within the VW Group.

Prior to his latest appointment, Petr Solc was the Head of the Skoda division at VW Group Russia. Solc has worked with the Skoda brand for over 17 years. He will take charge of his new responsibilities from September 1, 2022.

Petr Solc has a Master’s degree in Economics from the Technical University in Liberec. He began his career at Skoda Auto in 2005. After holding various sales managerial positions in the Northern Europe region, he moved to Volkswagen Group UK in 2013. In 2016, he returned to the Skoda headquarters where he became Head of Sales for the Eastern Europe region.

Over the past 5 years, he has managed the brand’s sales activities in overseas regions and has helped develop the brand in markets like India, Australia, North Africa, and New Zealand.