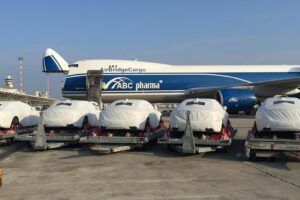 When it hosted the Asia-Pacific Economic Cooperation (Apec) conference in 2018, Papua New Guinea’s government was keen to impress visiting nations. Its solution? To purchase 40 Maserati Quattroportes and three Bentley Flying Spurs to ferry dignitaries around.

The move is thought to cost around 20 million kina (just over £4 million). As a country with more pressing issues than the kind of cars it uses to chauffeur people around, the vehicular splurge caused outraged. New Zealand prime minister Jacinda Ardern and some other leaders refused to use them.

In an attempt to combat the controversy, much of the expenditure was to be recouped by flogging the cars to citizens. Apec minister Justin Tkatchenko claimed they were “selling like hotcakes,” but three years on, PNG has sold a grand total of… three. One of the Flying Spurs, meanwhile, was given to Prime Minister James Marape in 2019.

As reported by the Post Courier, Finance minister John Pundari has admitted the procurement wasn’t the best idea. “If we had any foresight, the Maseratis would not have been purchased in the first place,” he said, adding, “We made a terrible mistake. If you have got no dealers of Maseratis in PNG, there was no reason to buy Maseratis. Why buy the V8s as well?”

Along with the problem of dealer support (to get the cars into the country in the first place, two Boeing 747 cargo planes were chartered to pick them up from Milan), potential purchasers also have the problem of an underdeveloped road network on which to drive their Quattroporte. And, of course, you need to find someone willing to buy one of these in the first place, in a country where a significant portion of the population lives below the poverty line and the GDP per capita is $2,613.

The Maseratis are just the tip of the iceberg. The PNG government is in the midst of tracking down and reclaiming the hundreds of other vehicles purchased for the Apec conference, including various Fords, Mazdas, Hyundais, Toyota Land Cruisers and Mitsubishi Pajeros. Despite the issuing of an ultimatum which ended up 16 September, 102 were yet to be returned at the start of the week. The Quattroportes themselves were missing for some months before police discovered them in February 2019.

In an attempt to shift them along a little faster, the price of each Quattroporte has been slashed to K400,000, K100,000 less than they were purchased for. Some have been offered to PNG diplomatic missions, but high running costs have proven off-putting. Others, Pundari says, will be donated to foreign missions in countries where there’s dealer backup. For now, they’re all sitting in a warehouse in Port Moresby, gathering dust and causing further embarrassment for the government.