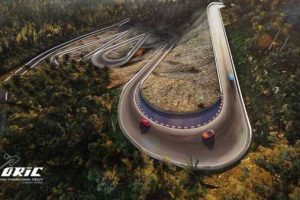 Langkawi will soon be home to a ‘world-class’ circuit that aims to cater for high-performance vehicles that reside on the island, reports Sinar Harian. The circuit will be built on the island ‘soon’ in the Bukit Malut region, and its development will be a joint effort between Permodalan Kedah Berhad (PKB) and a private company, according to the news daily.

The planned circuit, however, isn’t for racing, but is instead meant for the testing of the high-performance vehicles previously mentioned which vehicle owners can access for a fee, said Menteri Besar of Kedah Muhammad Sanusi Md Nor. It has emerged that a forthcoming facility in Bukit Malut is known as the Open Road International Circuit (ORIC), and is slated for opening in the third quarter of 2023.

The 5.8 km-long main circuit will be equipped with infrastructure that meets FIA Grade 2, FIM Grade B and CIK-FIA certification standards, which makes it capable of hosting ‘all world-class motorsport-related events’ excluding Formula 1 races, said Open Road International Circuit founder and group advisor Datuk David Goh, who calls it “the Nurburgring of the East”.

Clientele for ORIC is expected to include “motorsport enthusiasts, racing teams, car owners and automakers” worldwide, where the motorsport facilities will be complemented by luxury hotels and designer retailers, said Goh in the statement.

A facility such as ORIC could turn out to be great news for some 1,600 owners of high-performance or luxury vehicles which have been registered on the island, which grants vehicle buyers duty exemptions.

Although this makes the purchase of luxury and high-performance cars less expensive than it would be if the same models were registered for use on the peninsula – where its owners would have to bear the full weight of taxes – movements of Langkawi-registered vehicles are limited to within the island, and are only allowed to leave the island for a limited number of days in a year.

The circuit’s proposed use recalls luxury facilities without an express focus on sanctioned motorsport events such as the Ascari Race Resort in Malaga, Spain, and the Monticello Motor Club in New York. As for the planned Langkawi circuit, the Bukit Malut land on which the circuit will be built is owned by Permodalan Kedah Berhad (PKB), Sanusi added.