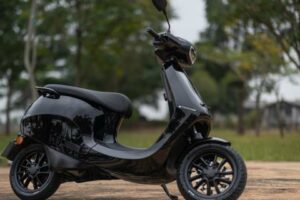 The accused were duping people by taking bookings through a fake Ola Electric website.

The Delhi Cyber Cell has busted a gang involved in a pan-India scam that is said to have duped over 1,000 people.

According to media reports, two people had designed a fake Ola website. Unsuspecting people looking to purchase an Ola electric scooter would visit the website and share their details. The gang members would then call the victims and ask them to transfer Rs. 499 in the name of ‘booking amount’ for the e-scooter. They even collected up to Rs 70,000 from customers as registration and transportation charges.

According to the Delhi Police, the gang was operating a call centre from Patna. 16 people believed to be involved in the crime have been arrested. The police have recovered 114 SIM cards, more than 60 mobile phones and 7 laptops from the accused. 25 bank accounts with over Rs 5 crore transactions have been also been traced.