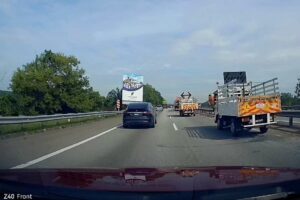 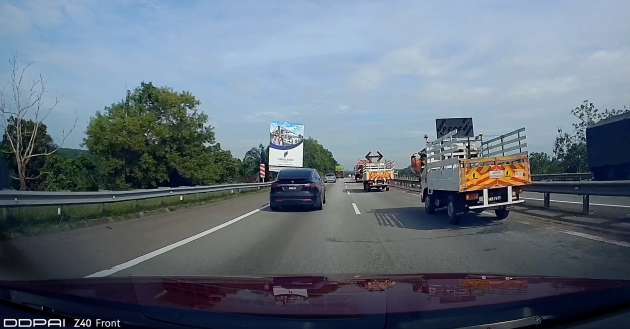 Driving in broad daylight, in clear weather conditions on a highway would apparently make for ideal driving conditions, though has discovered by Facebook user Ahmad Shahir Arif as posted to the DashCam Owners Malaysia Facebook page, identifying and avoiding hazards on the highway in clear weather still requires the driver’s utmost attention.

It was the best possible outcome, given the circumstances, as the haphazard placement of machinery and vehicle has already proven to be fatal. Just three days ago, a family of three perished in a crash under similar circumstances.

The vehicle they were travelling in had crashed into a lorry that was parked on the right-most lane on the North-South Expressway at KM216, where its operator was placing cones prior to starting repair works, Bernama quoted Alor Gajah district police chief Supt Arshad Abu as saying.

On the highway as on any other type of road, the best defence is the driver’s own situational awareness. Refrain from carrying excessive speed, and above all, be free of distraction when driving. Lives and wellbeing are at stake.