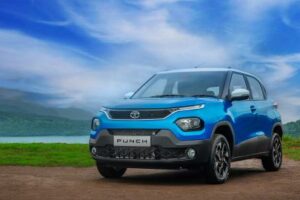 The Punch has attracted the highest pre-launch bookings in Tata’s entire product range.

Tata Motors has confirmed that it has enough inventory to meet pre-launch bookings of the Punch. However, the waiting period is likely to go up as bookings increase in the future.

Bookings for the Punch had commenced on October 4, 2021. According to the company, the car has attracted the highest pre-launch bookings in Tata’s entire product range. Tata has prioritised the Punch over other models and taken steps to reduce the impact of the global chip shortage.

The Tata Punch is based on the Agile Light Flexible Advanced (ALFA) Architecture. The crossover is powered by a 1.2-litre naturally aspirated petrol engine featuring an automatic engine start / stop function, as well as two drive modes – City and Eco. The engine puts out 85 BHP and 113 Nm and is mated to either a 5-speed manual or 5-speed AMT.