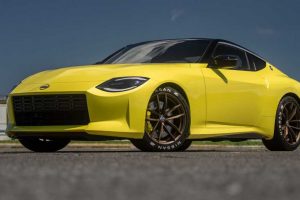 The Nissan 370Z seems to be such a permanent fixture in the Nissan lineup, you’ve probably stopped wondering how long it’s been around. Well, we’re going to tell you anyway because it matters: The current-gen Z launched in 2008, and 12 years is a pretty long haul even for a sports car. In fact, there were doubts if a successor was ever going to materialize, and between the slew of negative press Nissan has received the last couple of years and the current economic climate, you would be forgiven for losing all hope.

But Nissan swore the Z was part of its very DNA, and that a new one was coming. Now the wait for what we believe will be called the 400Z is over. Almost. The Z Proto is a thinly disguised concept version of that car, and with its world debut, squinting at underexposed silhouettes and replaying of teaser videos can cease. Indeed, what you see here is close to the production version of what will hit dealerships across America in the near future.

We had the exclusive opportunity to spend a day with the prototype at Nissan’s “Grandrive” proving ground in Oppama, just south of the company’s Yokohama, Japan, headquarters. Although Nissan is keeping a tight lip about technical information, there was a lot that we took away from our time with the car.

The New Z Cribs From the Original 240Z—and Friends

The new Z’s design is one of the best-executed retro homages we’ve seen, which is to say it throws back to its ancestors without being beholden to them, and in this single car you can easily identify nods to two very distinct generations of Nissan’s iconic sport coupe. That said, the car’s look has produced mixed feelings within the currently virtual halls of MotorTrend, and we will admit it doesn’t look spectacular in photos. The car’s creases, curves, and sculpted lines are more dynamic when viewed in person, where it looks more aggressive and imposing. But when redesigning an icon, not everyone’s going to come away happy.

The front of the Z Proto is dominated by a massive rectangular mouth reminiscent of the similar—albeit far smaller—air inlet on the original 1970 Datsun 240Z. The new Z’s grille insert features an elongated oval pattern that helps give depth to its gaping maw, but more interesting are the crisp, clean lines that compose the rest of the front fascia.

It’s clear the front end is a modern remix of the low-slung and elongated snout of the 1971 240ZG, a Japanese-market homologation special, right down to the creases on the hood. The headlights have angular framework yet sport curved internal elements that hearken to that older model, too. Going further, according to Nissan, the curved daytime running lamps hint at half-circle reflections that could be seen in the headlight covers of that long-nose 240ZG.

“We felt this ‘eureka’ type of moment where the silhouette of the 240 [could still] generate a modern, cool, and performance [look for a] sports car,” Alfonso Albaisa, Nissan’s senior vice president for global design, told MotorTrend in an exclusive interview. “When a car is 50 years old and you’re designing in the modern era, I think it’s more healthy to use memory than [to be] literal,” Albaisa added. “Yes, it’s a 240, to your memory. But actually, the gesture, the hood, and the power is very much the modern era. It’s a very wide stance [with a] very low feeling.”

Nissan conveniently had an S30-generation “Fairlady” Z—the Japanese domestic name for America’s 240Z—on hand for us to compare. It’s clear Albaisa guided his team to use that model for inspiration, as there are obviously strong, key touches that create an instantly recognizable link to the first-generation car. But Albaisa’s also wanted the new Z to draw from his love for the 1990s-era Z32-generation 300ZX and its “Tylenol-pill perimeter,” as he calls it. To be sure, the rear hatch shape, taillamps, and bumper area scream Z32.

There are more modern inspirations, too, as the Z Proto’s profile calls to mind the model it’s replacing, the 370Z, but the outgoing Z’s hiked-up and bulbous rear fascia has thankfully been banished. Instead, the Z concept’s rear glass intersects a short, flat panel that hosts a retrolicious Fairlady Z badge. (A cool retro Z logo also appears on the rear pillars.) A blacked-out panel houses the elongated oval lighting elements as well as a backlit Nissan logo at its center. From certain angles, the rear view also hints at other iconic Nissan sports cars such as the S13 Silvia and the RPS13 180SX that was sold as the 240SX in the U.S. market. Take a few steps back, and the Proto Z even manages to hint at exotic cars like the Aston Martin Vantage, albeit with less luxurious proportions.

Albaisa said the yellow paint color chosen for Z Proto takes a non-metallic hue from the original 240Z and adds the pearlescent paint technology used for the 300ZX: “There’s so much pigment of yellow. It’s so deep, it looks an inch thick. The second you roll it out into sunlight, you see this thing almost get plugged in to an electrical socket. It becomes alive.”

Split five-spoke bronze wheels contrast heavily against the light metallic yellow, which is also applied to the meaty six-piston front and four-piston rear brake calipers borrowed from the GT-R. It’s unlikely baser models of the new 400Z will have such strong binders, but they seem feasible for an eventual higher-performance NISMO variant—a model we view as an inevitability.

Inside, the interior looks production ready, being as it’s filled with vents, switches, stalks, and controls we’re familiar with from other Nissan models. The new stuff in the cabin include a 12.3-inch digital instrument cluster, as well as fresh dash design that locates the infotainment screen beneath elongated oval air vents that echo the shape of the taillamps.

The Z Proto Has a Powerful Twin-Turbo V-6 Engine

As for technical specifications, the Proto is just that—a prototype—and, as mentioned, Nissan isn’t saying much about what it means for the production 400Z. It does confirm the Proto packs a twin-turbo V-6, and if the road car’s engine is what we think it is and the 400Z badge does become reality, that will change the Nissan Z tradition of indicating engine displacement in the model name. The engine in question is likely the 3.0-liter VR30DDTT as used in the Infiniti Q60 Red Sport 400, which makes—you guessed it—400 horsepower, so “400Z” would refer to the vehicle’s horsepower instead. A focus on the engine’s force-fed nature is found in the rather large “Boost” gauge displayed on the digital cluster. We weren’t able to peek under the hood to confirm our powerplant suspicions, but we can say the Z will continue to be available with a six-speed manual, as seen in the Proto. An automatic option is currently being developed for those who may not want to—or are not able to—row their own.

Dimensionally, the Z Proto measures 172.5 inches long, is 72.8 inches wide, and is 51.6 inches tall; for reference, the 2020 Nissan 370Z is 167.5 inches long, 72.6 inches wide, and 51.8 inches tall. The closeness of the numbers suggests there may be more kinship between the two than shared design elements, but all Nissan says is the Proto uses a new version of the FM platform that underpins the current Z and several Infiniti products. The only other announced specs reveal a staggered-width 19-inch wheel-and-tire setup: 255/40 up front and 285/35 at the rear.

When it goes on sale in the spring of 2021 as a 2022 model, the new Z will reignite the car’s traditional rivalry with the Toyota Supra. While we’re looking forward to simply laying eyes on the 2022 400Z, we really can’t wait to pitch those Japanese sports-car icons against each other. After all, like this redesigned Z, such a rematch has been a long time coming. 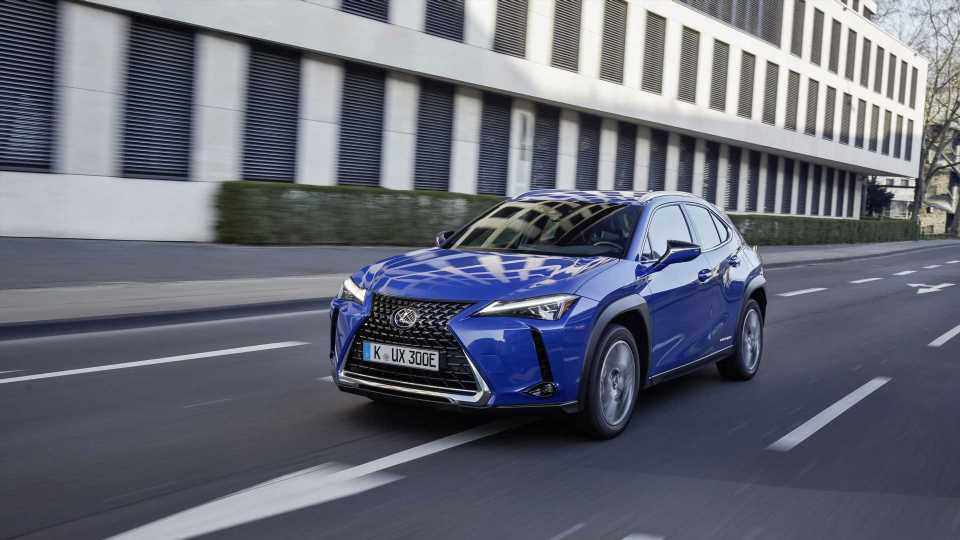 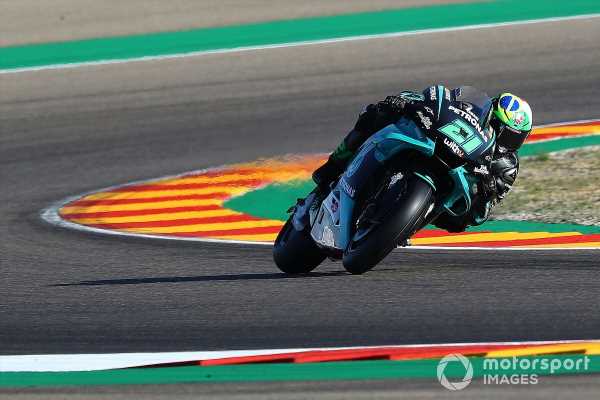 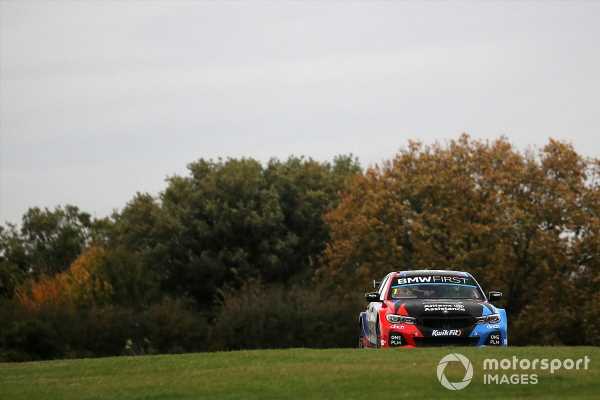