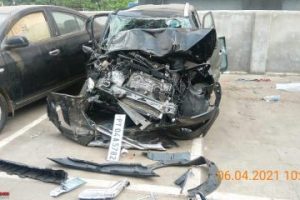 This is perhaps the best example of the same, and the most absurd dealer quotation I have ever seen in my life. 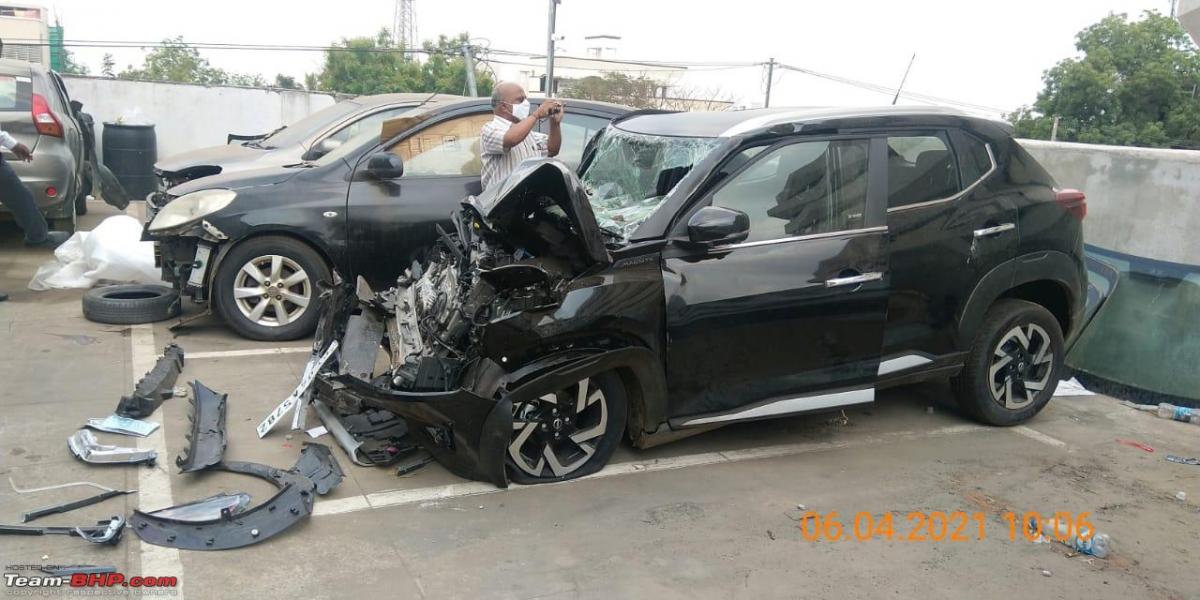 Sometimes, the stupidity & lack of common sense in some organisations is hard to comprehend. This is perhaps the best example of the same, and the most absurd dealer quotation I have ever seen in my life. On a more positive note though, great to hear that the owner has recovered; the Magnite’s 4-star crash test rating would surely have been a contributor.

The pricing of some parts does stand out. E.g. the side camera assembly is 47 grand before taxes!

Thanks to Indraharsha Kondamuri for sending this information in. Heartfelt gratitude for sharing his experience with other enthusiasts via this page!

I’m Indraharsha from Andhra Pradesh. We as a middle class family purchased the Nissan Magnite Turbo XV Premium CVT not just because of aggressive pricing, but also for low maintenance costs assured by Nissan India.

Last month, I got hit by an Andhra Pradesh State RTC bus. This incident went viral on social media. Luckily, I survived the crash. Post accident, I was moved to the hospital & had no idea about the car. Some surgeries and observations took nearly a week in the hospital. My brother was dealing with the showroom and insurance company (United India Insurance).

When I came back home, I followed up on the status of our vehicle (currently at the Authorised Service Center). They sent me a repair estimate over email and it was a brain freeze moment for me. Nissan is marketing the Magnite as a pocket-friendly car, but they are prepared to loot you at service and spares. The fun fact is they’ve sent me the whole spare parts list of the Nissan Magnite as an estimate which is 20 odd lakhs INR. Also, they’ve told me to pay 1% of the estimate to get the gate pass generated for the vehicle.

The worst part is, Nissan’s Service Center has estimated the vehicle repairs at the parking lot itself – they didn’t even take the car inside the workshop to diagnose the damage. It’s a blind estimate to squeeze 20,000 INR as 1% from the customer.

As the repair cost has exceeded 75% of the IDV, the car was considered a total loss.