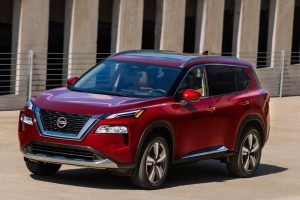 Nissan has had a tough go the last few years, from a complicated relationship with Renault, to the headlines of former CEO Carlos Ghosn, to a projected second straight year of losing money. According to the Wall Street Journal, Nissan is projected to lose roughly $6.4 billion for this fiscal year ending March, 2021. It’s nearly the same loss as the year before.

As a result, Nissan wants to transform its business and, you know, start making money again. It plans to focus its energy on “three core markets” and North America is one of them. And to sell cars here, you need to have good product. After all, if you build things North America wants to buy, North America will buy them.

Good product these days more or less means SUVs to most North Americans. Good thing, then, Nissan is starting with a new version of its best selling model, the Rogue. For 2021, the Rogue gets an updated powertrain, rides on a new platform, and offers new features, such as Nissan Concierge. The Rogue is the first of six new or updated products Nissan plans to reveal before the end of 2021. That makes the Nissan Rogue a canary in a coal mine, of sorts, as it signals Nissan’s intended path to profitability. Is it good enough? 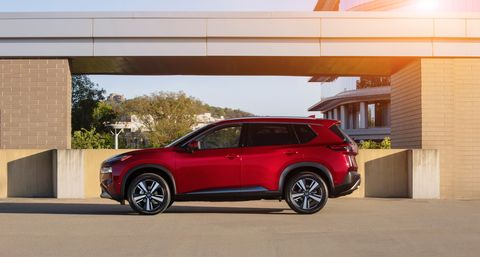 For its third generation, the Rogue rides on a new platform made up of multiple grades of steel, aluminum and plastic; 35 percent of the structure is ultra high strength steel, compared to 19 percent on the outgoing model. Furthermore, the hood, front fenders, and doors are now aluminum. The back door and fuel lid are plastic.

The new materials and design make the Rogue stiffer and stronger than before, as well as more aerodynamically efficient, with a drag coefficient 5-percent lower than the outgoing model, Nissan claims.

For the chassis, Nissan swapped in a quicker ratio, rack mounted (instead of column mounted) electric power steering and improved the rigidity and updated the geometry of the rear suspension. The front remains a strut setup. The new Rogue uses double-piston shock absorbers to improves body control.

From a noise, vibration, and harshness point of view, Nissan claims the new body helps reduce wind noise and says better engine isolation and front acoustic glass keeps the Rogue quieter inside. And indeed it does.

The one and only engine offered is a 2.5-liter inline-four-cylinder, making 181 horsepower and 181 lb-ft of torque, both improvements on the outgoing model’s motor. While it fundamentally remains the same as before: same bore centers, bore, stroke, displacement, and block design, it does run an updated valvetrain and gets direct injection. Nissan claims in addition to more power, you also get improved efficiency. And its mounted lower in the bay, too. 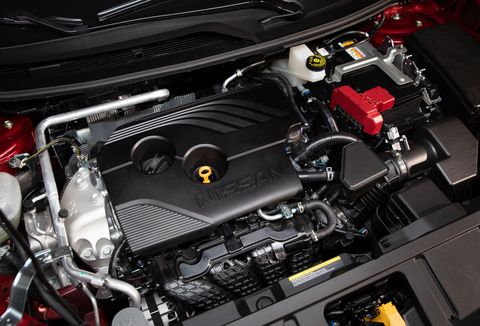 Part of that efficiency comes from the updated continuously variable transmission. Called Xtronic, this is Nissan’s fourth generation CVT, mimicking downshifts when the driver applies heavy throttle. Fuel economy improves about 1-2 mpg across the board from the outgoing model, ranging from 27 mpg city/35 highway/30 combined for a front-wheel-drive S model to 25/32/28 for an all-wheel-drive Platinum.

The Platinum level for the Rogue even existing indicates Nissan’s hope for the Rogue to not only continue to grab a significant portion of the small SUV segment with its $26,745 starting price (add $1400 for AWD), but also perhaps nibble at the premium market as well with the $36,525 top-level trim ($37,925 for the AWD model). 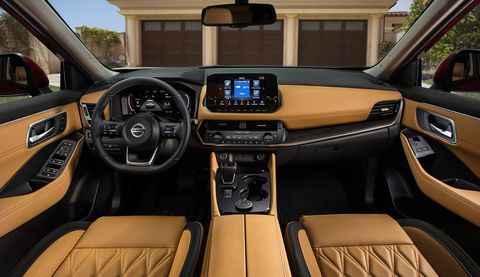 Nissan gave me a chance to drive the former top trim level, the SL with AWD. It starts at $34,495 and is entirely competent at what it does. You can feel the improvements to the chassis right away. It feels rigid and never creaks or quivers. The car has above average agility going through the corners and reasonable body control levels. From a driving dynamics point of view, It exceeded expectations.

The updated engine also proved competitive in class, providing better than expected passing power on two-lane roads. And the 4thgeneration CVT worked well here. Its set-gear like ratios would probably fool the layman into thinking it’s a regular automatic. Generally speaking, it’s quick to get torque to the wheels with no lag.

On this cold morning, I also appreciated having heated and ventilated seats and a heated steering wheel. The leather seats provided good support and kept me comfortable throughout.

On the freeway, ProPilot worked fine, though I still prefer standard cruise control and love brands like Cadillac that let you choose between standard and adaptive right from the steering wheel. To that end, it was also easy to use the display controls, the touchscreen was big enough for me and Apple CarPlay made phone connectivity a cinch.

Nissan still lags the best in class when it comes to refinement, however. Noise, vibration, and harshness isolation is not as high as Honda, for example. Additionally, the engine gets the job done, but is louder and coarser sounding in the process. And while this Rogue offers nice handling, the ride proved a bit bouncy, though not harsh.

This is a very competent machine, one that could check a lot of boxes for a young family. And this Rogue is a big improvement over the outgoing model in most every regard. That’s certainly true in terms of core rigidity and features offered. But, overall, there are some I’s to be dotted and T’s to be crossed yet to improve refinement.

Whether it’s good enough to act at the catalyst to bring Nissan back to profitability is harder to say. 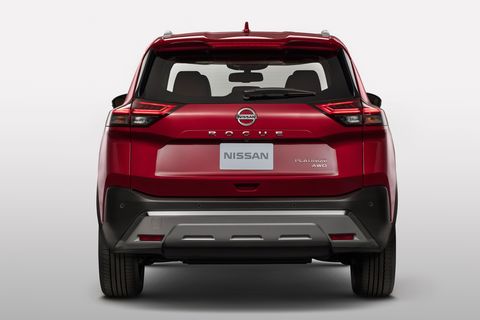 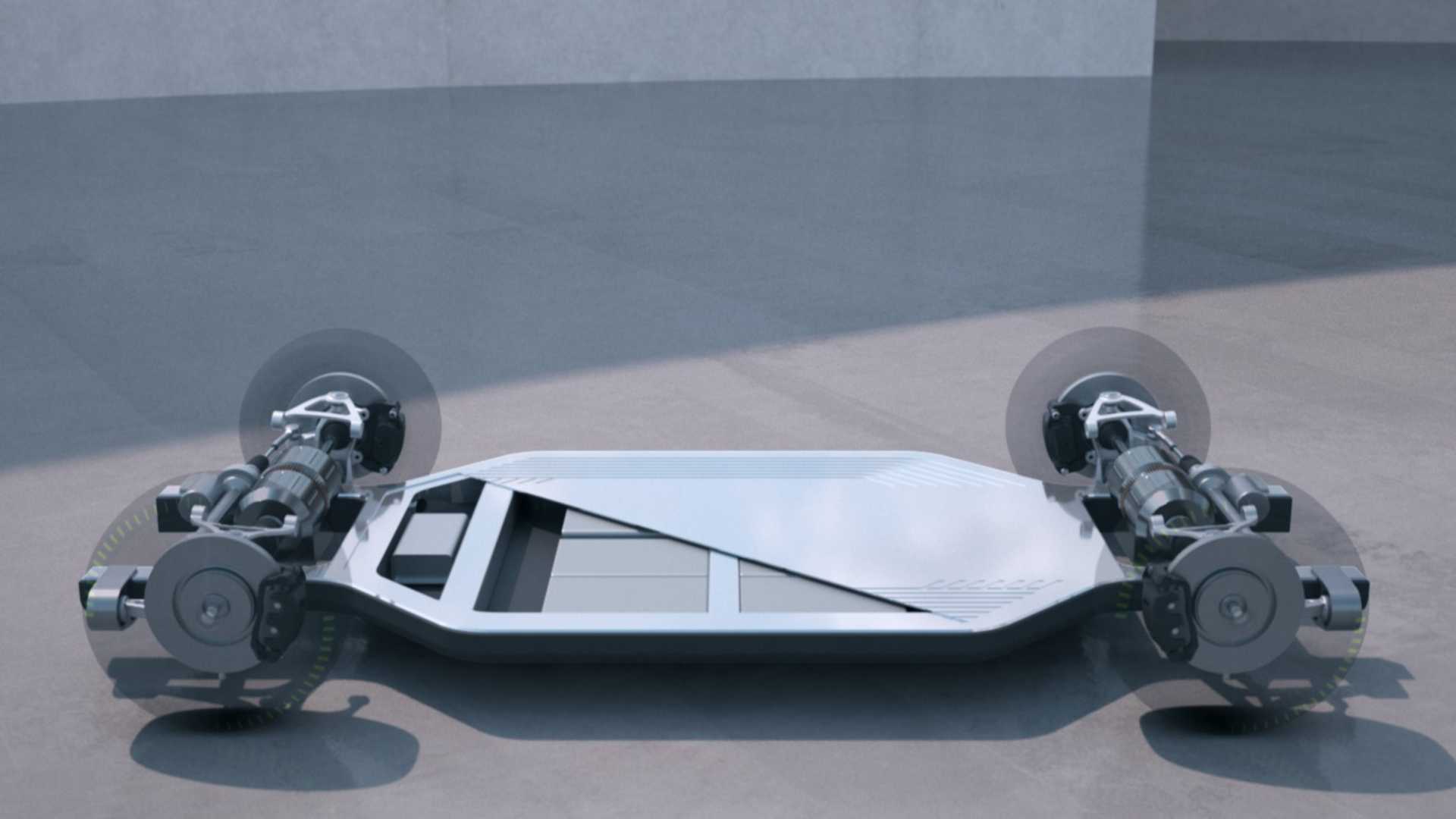 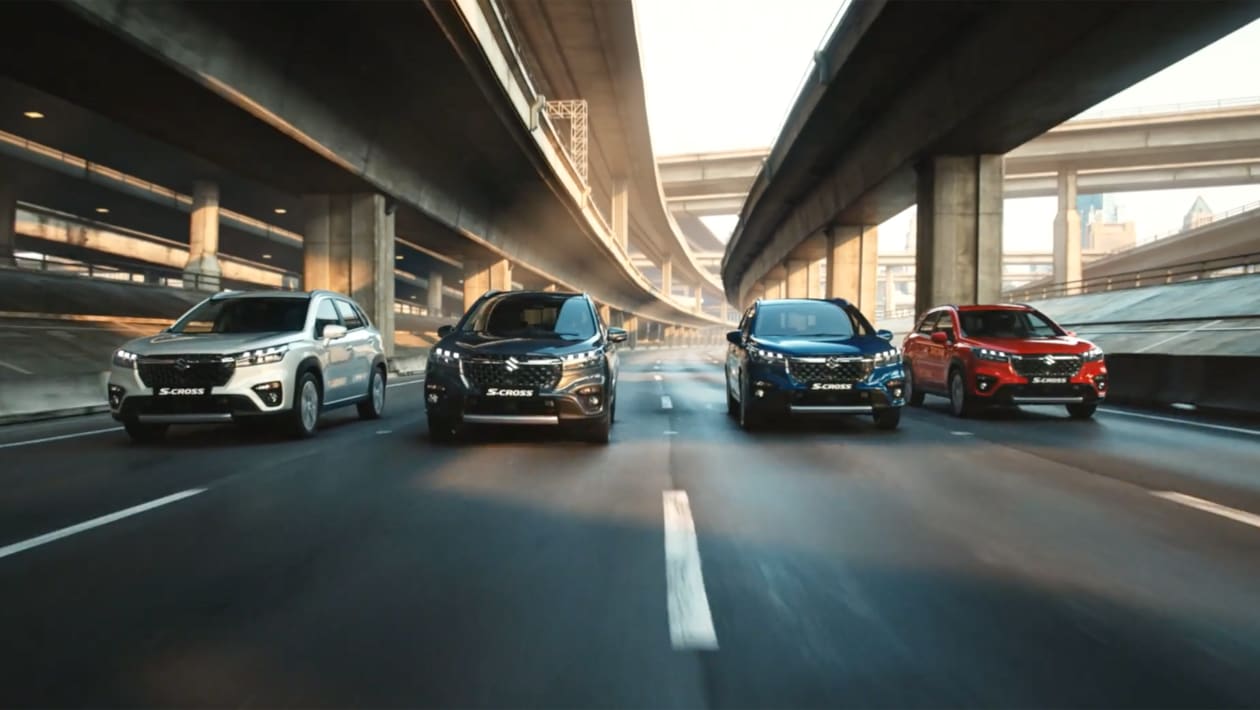 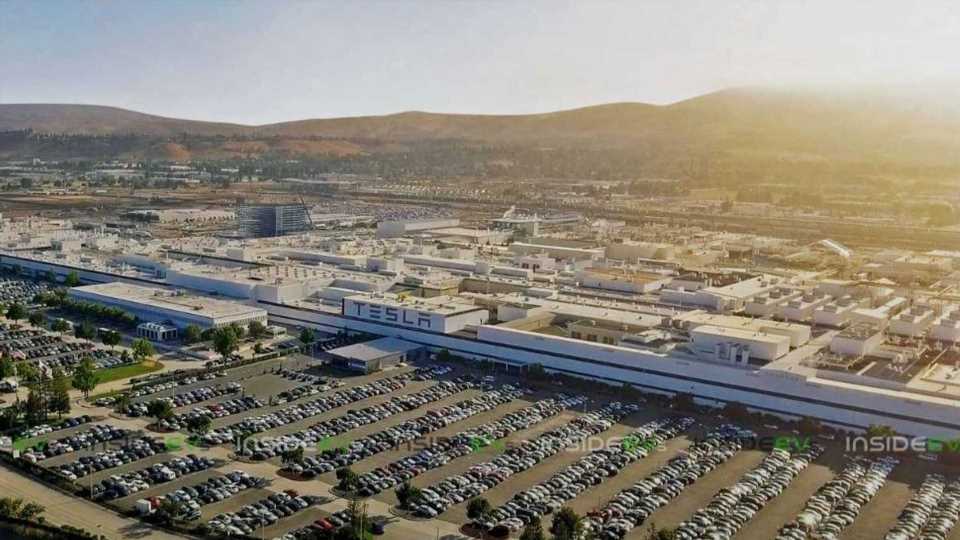 Years Ago, Tesla Was Punished For Paying Back A DoE Loan Early