Nissan has no plans to exit the Indian market 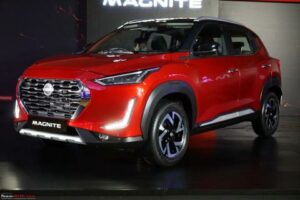 Nissan Magnite bookings have crossed the 1 lakh mark and the waiting period is now around 5-6 months.

Putting an end to all speculations, Nissan India MD Rakesh Srivastava has confirmed that the brand has no plans to exit the Indian market.

Srivastava stated that Nissan India was focusing on its core models and segments as part of the larger global transformation strategy. The Magnite is the first model to be launched under the Nissan NEXT program.

The Nissan Magnite was launched in December 2020. Bookings have crossed the 1 lakh milestone, while 50,000 units have been produced till March 2022. Nissan India’s top boss also revealed that more than 18,000 customer bookings for the Magnite are on a waiting period of 5-6 months.

Earlier this month, Nissan announced the phasing out of the Datsun brand in India. In response, a Member of Parliament tweeted, “Japanese car company Nissan is going to be closed in India.” This had fuelled rumours about the company’s exit from the market.