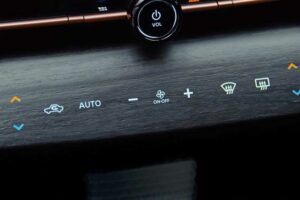 Buttons were once a straightforward part of the user interface of virtually every car on sale. When appropriately designed, they allowed the driver to control a car’s features by feel. Real, tactile buttons helped avoid the need to take one’s eyes off the road. Of course, they’re too old for modern cars, and the trend has been towards using touchscreens to control things instead. Nissan has taken a different route with its new Ariya electric crossover SUV, using barely-there invisible touch controls, according to Car Scoops.

The Ariya’s touch controls are integrated into the very material of the interior itself. The center console and dash are built with plastic panels which feature a woodgrain-like finish. The panels are designed such that backlights in the panels can shine through to indicate the controls for the HVAC system and other features. Sensing is via capacitive touch, so rather than a physical button press, the user simply touches a flat surface. 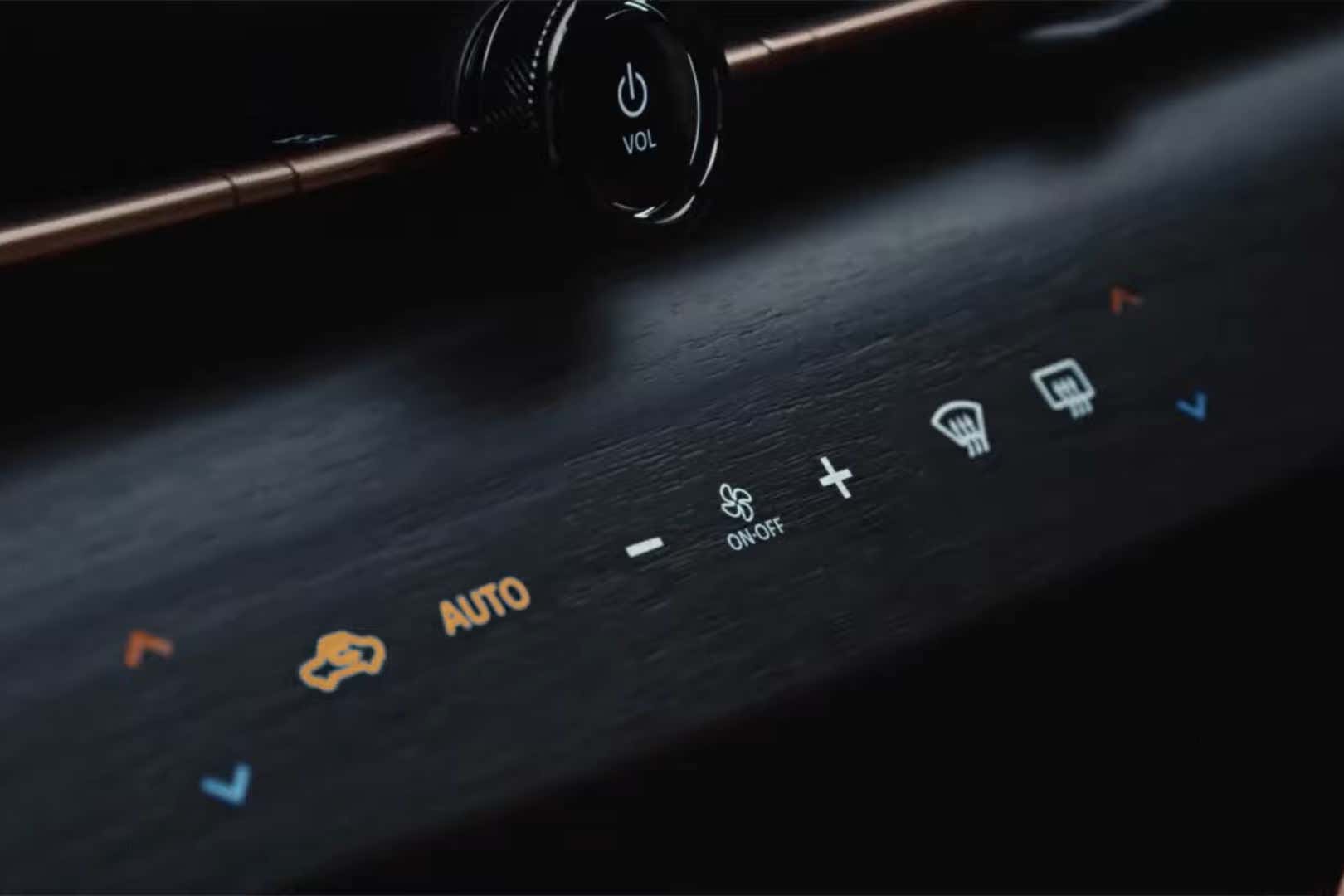 Haptic feedback is fitted to indicate button presses, in the form of a small pulse or vibration felt by the user. This is typically achieved with small motors or linear actuators, though Nissan’s press release mentions an “air pressure ‘kick'” as feedback to the user. We’ve reached out to the automaker for clarification on the technology and will report back if further details come to light. 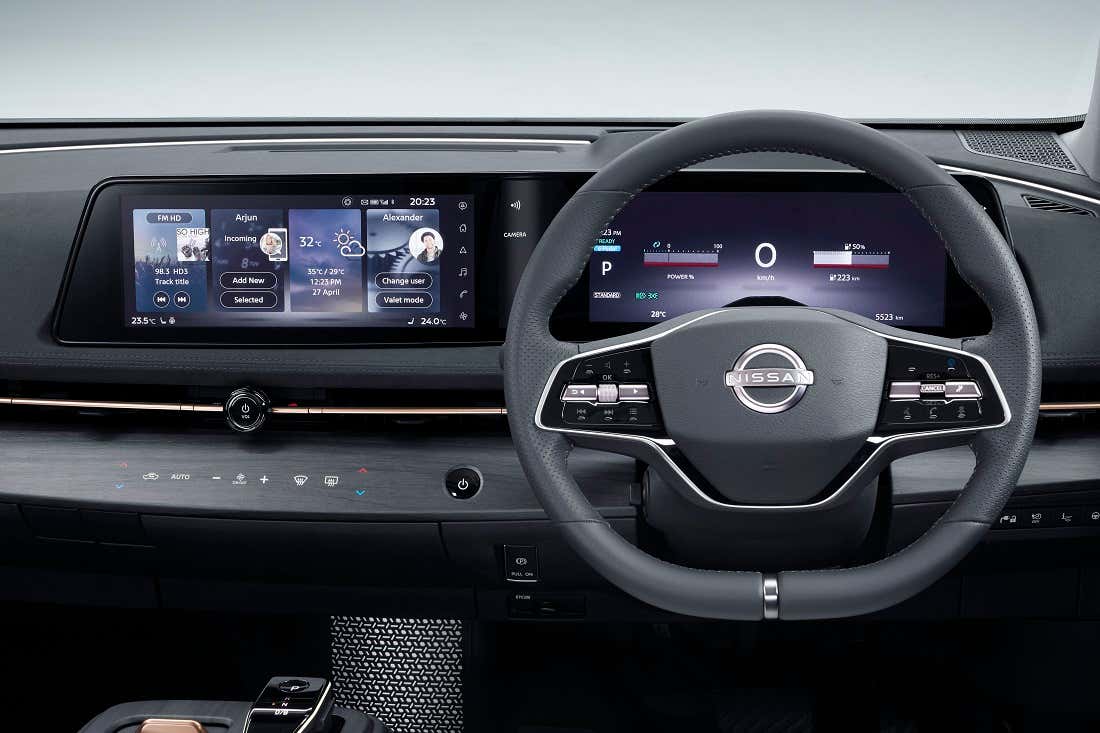 The touch controls magically appear on the dash when the car is turned on, giving the interior a sleek and clean aesthetic. However, it’s also a design that takes away most of the feel of real buttons. The haptic feedback likely helps, but the flat design means there are no tactile features to guide a finger to the right spot. 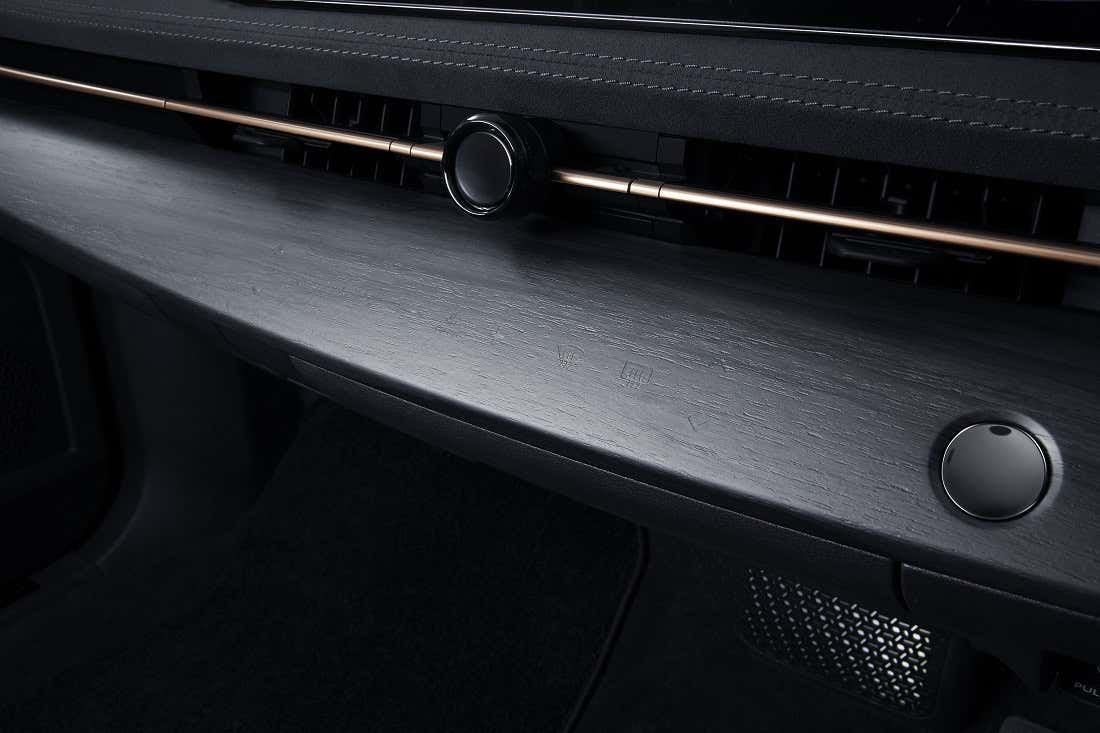 With the car off, only the faintest hint of the controls is visible.

While very futuristic and fashionable, it looks like it could be rather a pain to use on the regular. Misclicks are frustrating, and the flat surface will likely demand the driver’s full attention to avoid hitting the wrong “button” when driving. Using such controls while driving down a bumpy street or dirt road seems like it would be an absolute headache.

The no-buttons craze may one day pass, likely to much fanfare amid press releases from the same automakers that switched to touch controls in the first place. However, for now, the Nissan Ariya will join an increasing number of vehicles that expect you to touch and swipe your way around.