Next-gen Volvo XC60 to be a pure-electric SUV 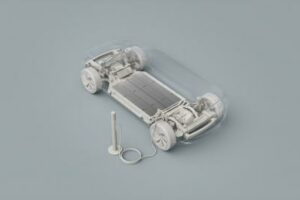 The next-gen Volvo XC60 will be a pure-electric SUV offering, with production slated to begin in 2024.

Volvo is said to be working on the next-generation XC60 for the global markets. According to a media report, the new mid-size SUV will arrive in 2024 and will be offered with an electric powertrain.

The report states that the new-gen Volvo XC60 will be a pure electric SUV, with “combustion engines not being offered in any capacity”. This decision is in line with Volvo’s plan of becoming an EV-only brand by 2030.

While details of the next-gen Volvo XC60 are still scarce, reports do suggest that the SUV is expected to feature the brand’s latest interior and safety technologies. This could even include semi-autonomous driving capabilities and other passive safety features.

Volvo recently announced a joint-venture with Swedish battery manufacturer, Northvolt. The JV between the two companies is said to produce ‘state-of-the-art’ battery technologies. The new-gen Volvo XC60 will be the first model to receive the battery cells developed by the joint-venture, which will go on to power other Volvo and Polestar products as well.

The joint venture between Volvo and Northvolt will also result in the setting up of a Gigafactory, in a yet-to-be-decided location in Europe. The plant will be capable of producing 50 GWh of cells per year – enough to power over 5,00,000 large EVs.