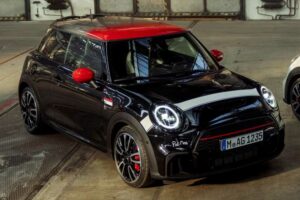 The original Mini was a beloved people’s car, but it also earned significant success in motorsports, too. It’s greatest victories were won on the rally circuit, with the company’s first ever international win coming at the hands of Pat Moss. The exceptional female driver has now been honored in the company’s latest special edition road car, announced rather fittingly on International Women’s Day.

It was May 1962 when Pat Moss took victory in the international Tulip Rally. The event started from Noordwijk in the west of the Netherlands, running to the French Riviera and back again. Moss piloted a Morris Mini Cooper, taking the honors with Ann Wisdom (later Ann Riley) riding along as navigator. Notably, Wisdom was pregnant at the time, but didn’t let that stop her from competing in the event. 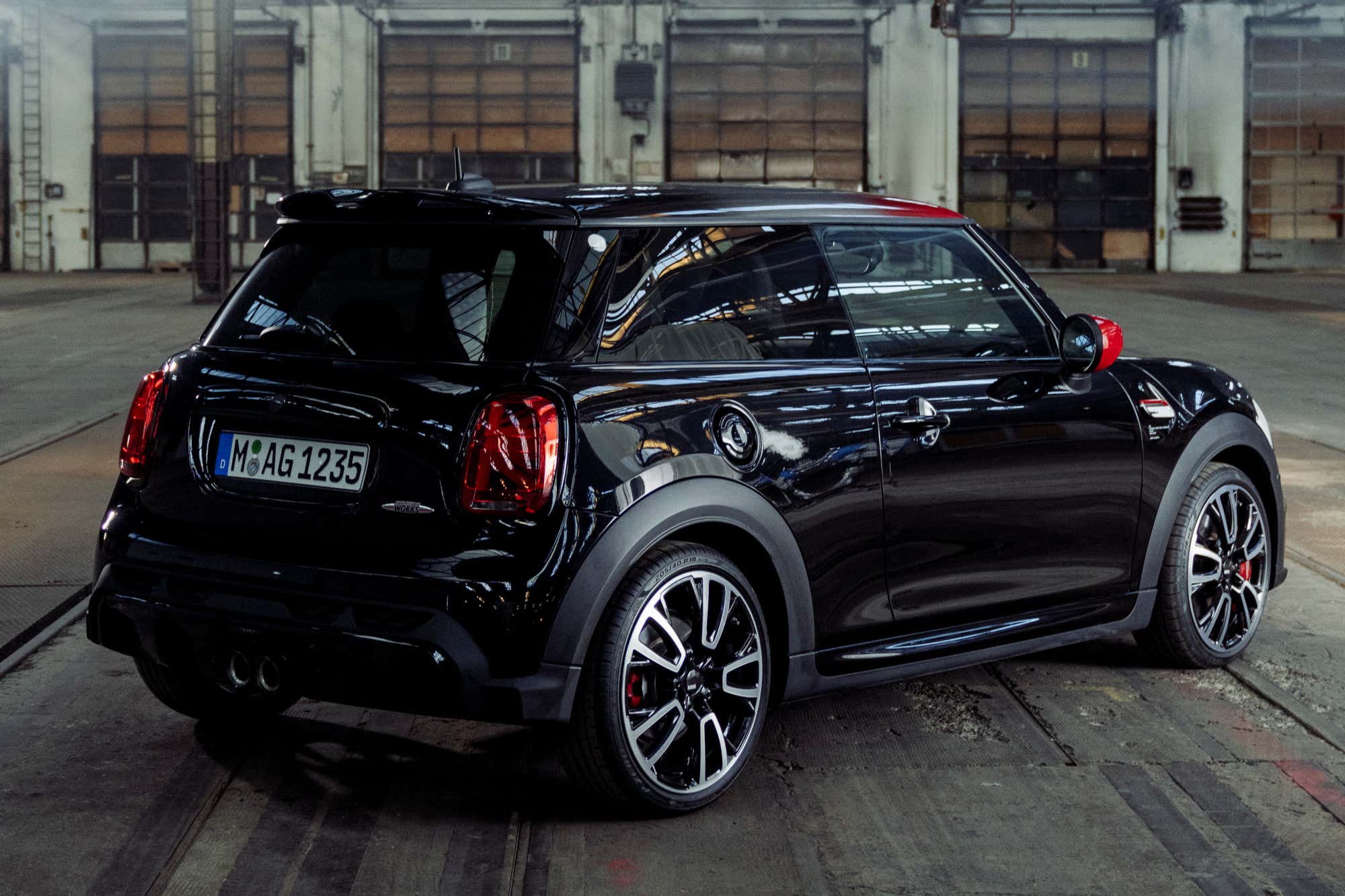 The eponymous 2023 Pat Moss Edition Mini will come in Cooper S hardtop form in two-door and four-door guises, or as a John Cooper Works hardtop version. Globally, it will be limited to just 800 examples, with the US getting the vehicle for the 2023 model year in the two-door John Cooper Works form. The car can be had with an 8-speed automatic or 6-speed manual transmission as desired.

Several design touches are included as a direct tribute to Mini’s racing history, as well as the racing careers of Moss and Wisdom. A stylized tulip appears on the C-pillars and scuttle panels of the cars, with a “Pat Moss” inscription. Wheel hub covers featuring a tulip graphic are also exclusive to the model. Graphics on the front side panels will note the route of the Tulip Rally and the 2,500 kilometer competition distance, as well as the number 104 which Moss and Wisdom raced under. These details are repeated on the aluminum door sill trims as well. 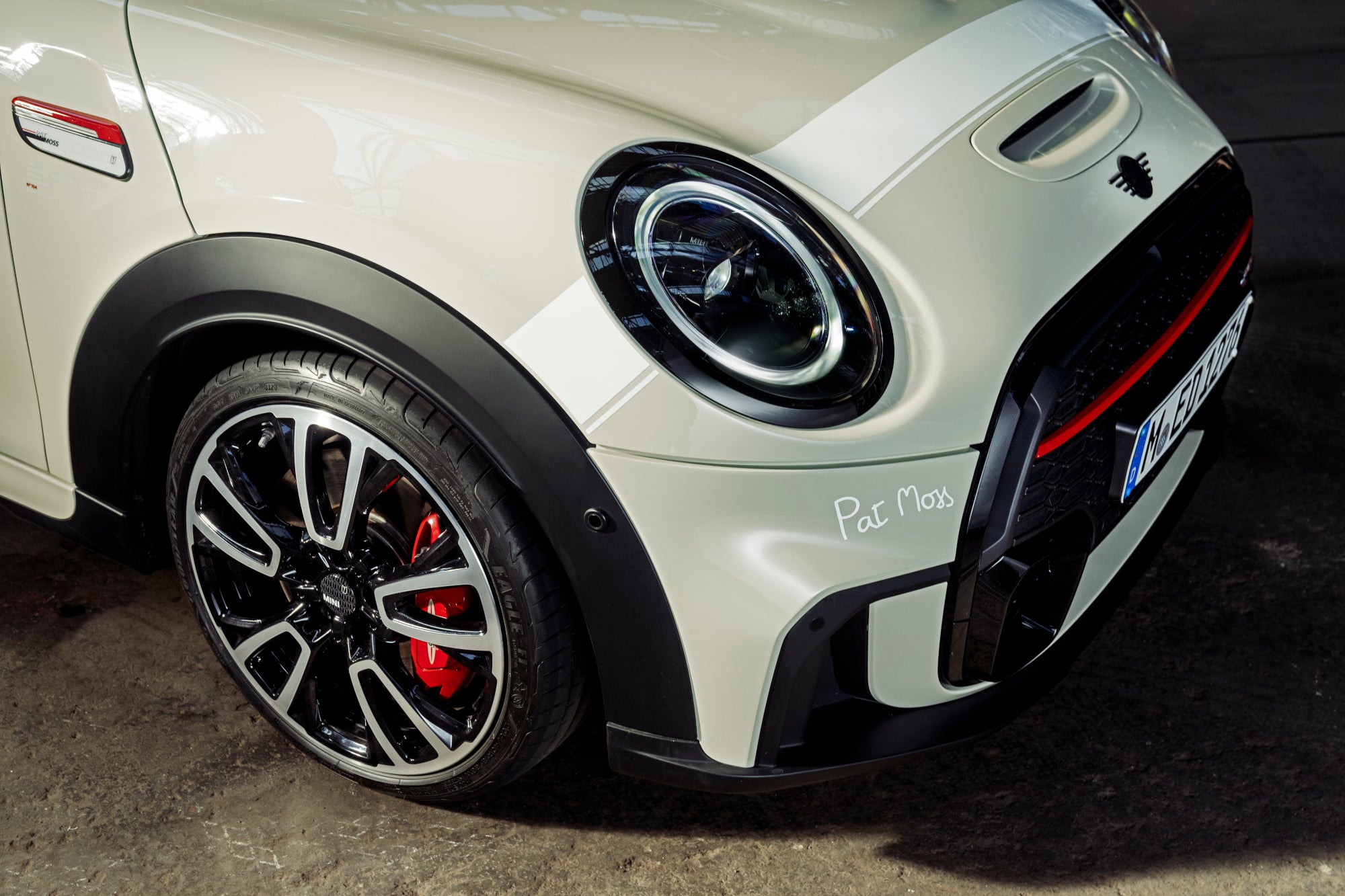 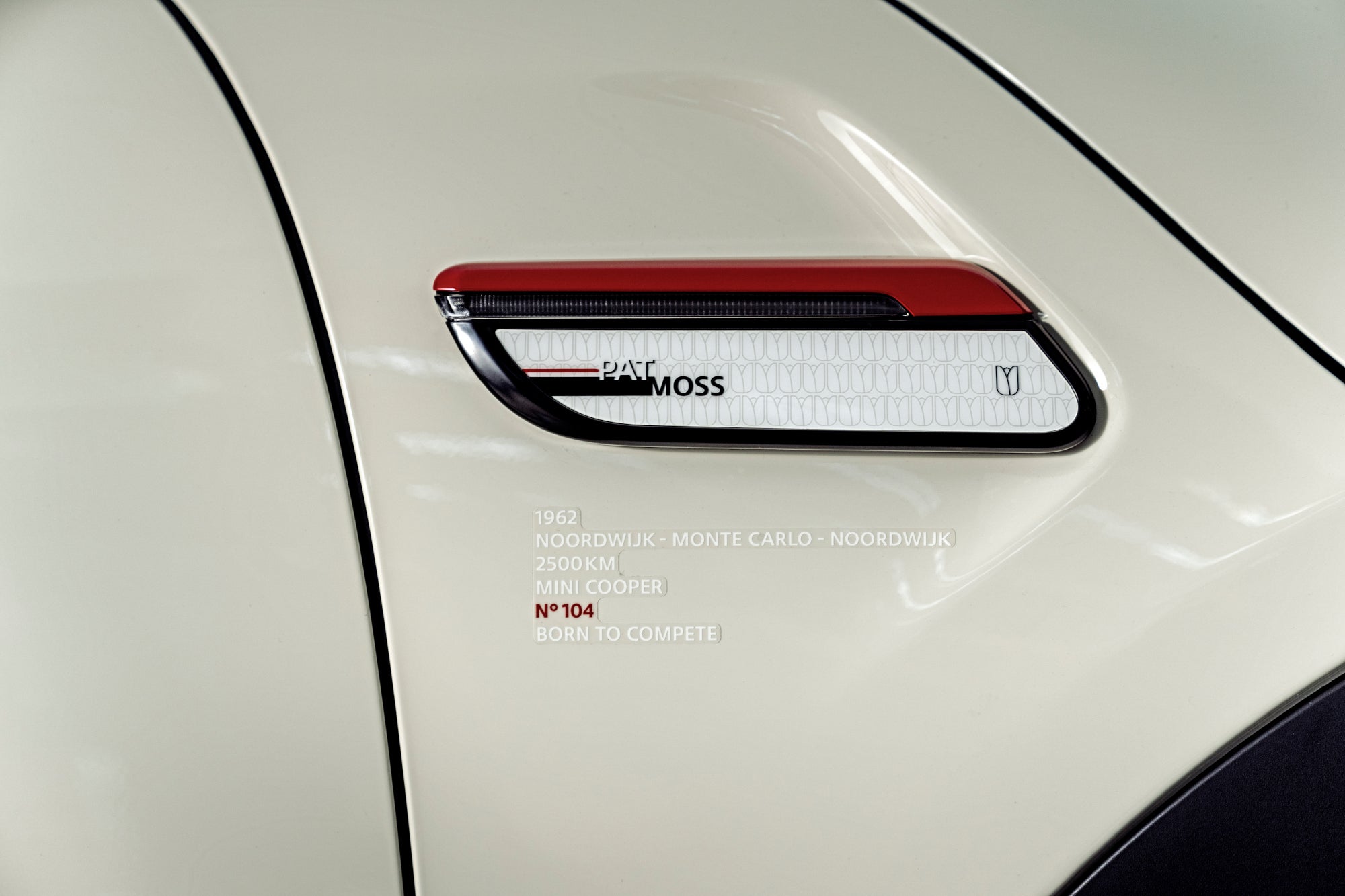 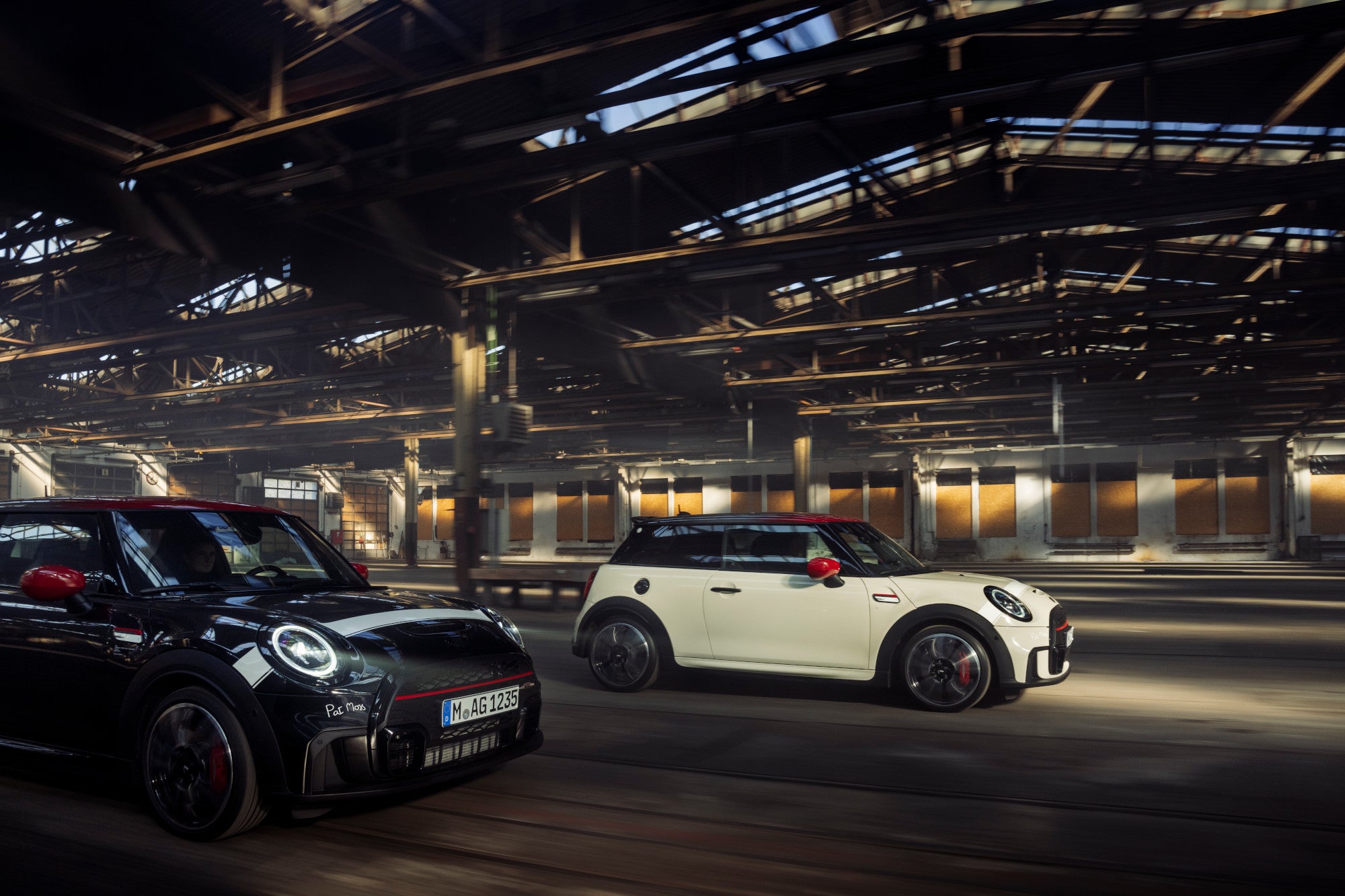 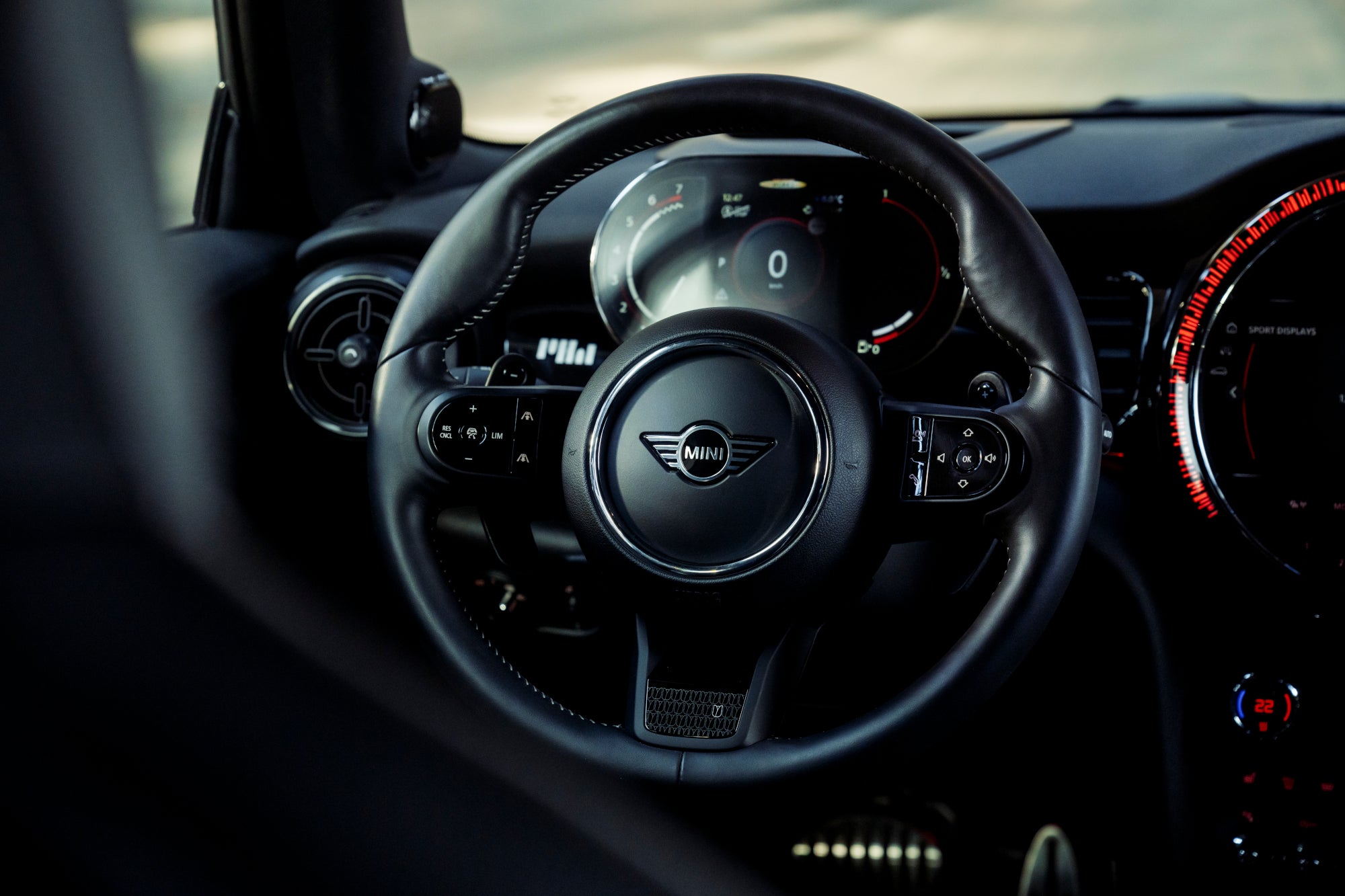 Other graphic touches include the horizontal white bonnet stripe, paired with the “737 ABL” registration number of the Mini that won the 1962 event. There’s also a signature aping the one that Moss wrote on the hood of her own car. Moss’s autograph is also featured in the interior, with tulip graphics adorning the steering wheel and other M and W monographs celebrating the victorious duo throughout. There are multi-color fading roof designs available too, with the production process used having slight deviations that will make each example unique.

It bears noting that Moss’s success wasn’t just limited to the Tulip Rally, either. Her record holds her as one of the most successful female rally drivers of all time, with Moss scoring three victories in international rallies during her career, along with seven podiums. Moss drove for a variety of teams over the years, and also claimed the European Ladies Rally Championship five times between 1958 and 1965. If you think you’ve heard her name before, you may be familiar with her older brother, Formula 1 driver Stirling Moss.

Mini has always been keen to highlight its proud heritage with special edition models over the years, and it’s great to see the legendary duo of Pat Moss and Ann Wisdom getting recognized for their groundbreaking achievements way back when. Those keen on securing a Pat Moss Edition Mini will find them appearing in US dealerships from August 2022. Pricing is to be announced closer to launch.

Got a tip? Let the author know: [email protected]