New Honda Civic-based SUV in the works; debut in end-2022 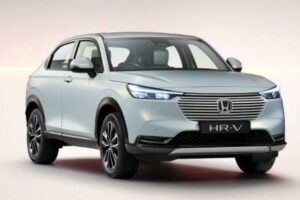 The new Honda SUV will be positioned between the HR-V and the CR-V in the firm’s global lineup.

Honda is said to be developing a brand-new SUV model based on the current-gen Civic sedan. According to a media report, the new Honda SUV will be positioned between the HR-V and the CR-V in the firm’s global lineup.

Being based on the Civic, the new SUV will be underpinned by the same platform as the sedan and could also carry forward the same engine and transmission options. To reiterate, the current-gen Honda Civic is powered by a 1.5-litre turbo-petrol engine producing 182 BHP and is mated to a CVT automatic transmission.

While the details of the new model are scarce, reports do suggest that the Civic-based SUV could feature a rugged and adventurous theme. They also state that the SUV could borrow certain design elements from the recently unveiled RS Concept.

The new Honda SUV is said to make its global debut sometime around September 2022.