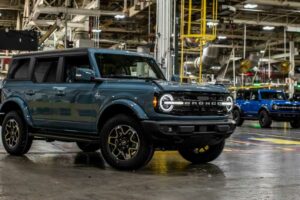 It’s been 25 years between drinks, or, more accurately, that long since the Ford Motor Company last built a four-wheel-drive by the name of Bronco. After numerous setbacks and delays, the new offroader has finally entered production, and 2021 model year vehicles are shipping to dealerships as you’re reading this very article.

It’s been a trying year for the revived nameplate. Production delays have come thick and fast, largely due to the global pandemic. Supplier issues have also played a role, with the automaker facing problems with the modular roof option selected by some customers. Heck, January even saw two pre-production Broncos severely burnt in a trailer fire. Despite the wait, or perhaps because of it, anticipation for the new vehicle has reached fever pitch—unsurprising given that Ford took over 150,000 reservations in just 18 days last July. 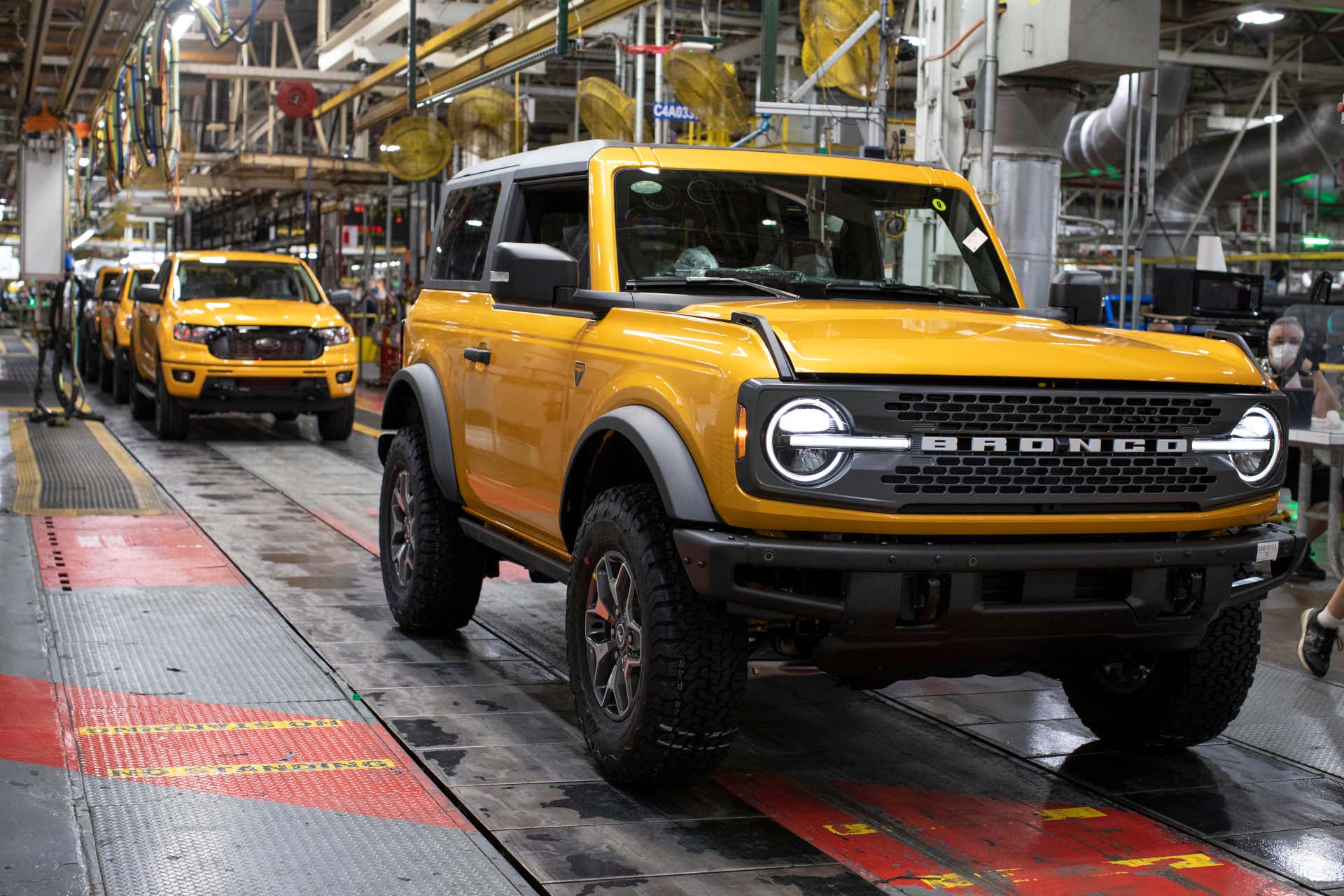 With production lines finally humming along, we’re not just seeing the first Broncos built in 25 years. It also marks the first time there’s ever been a four-door Bronco on sale. It’s a move very much in line with market desires, with competitor Jeep’s four-door Wrangler outselling the traditional two-door model for years now. The base model of the Bronco range starts at just $29,995, with the competitive pricing likely a factor in the 125,000 orders already on the books. 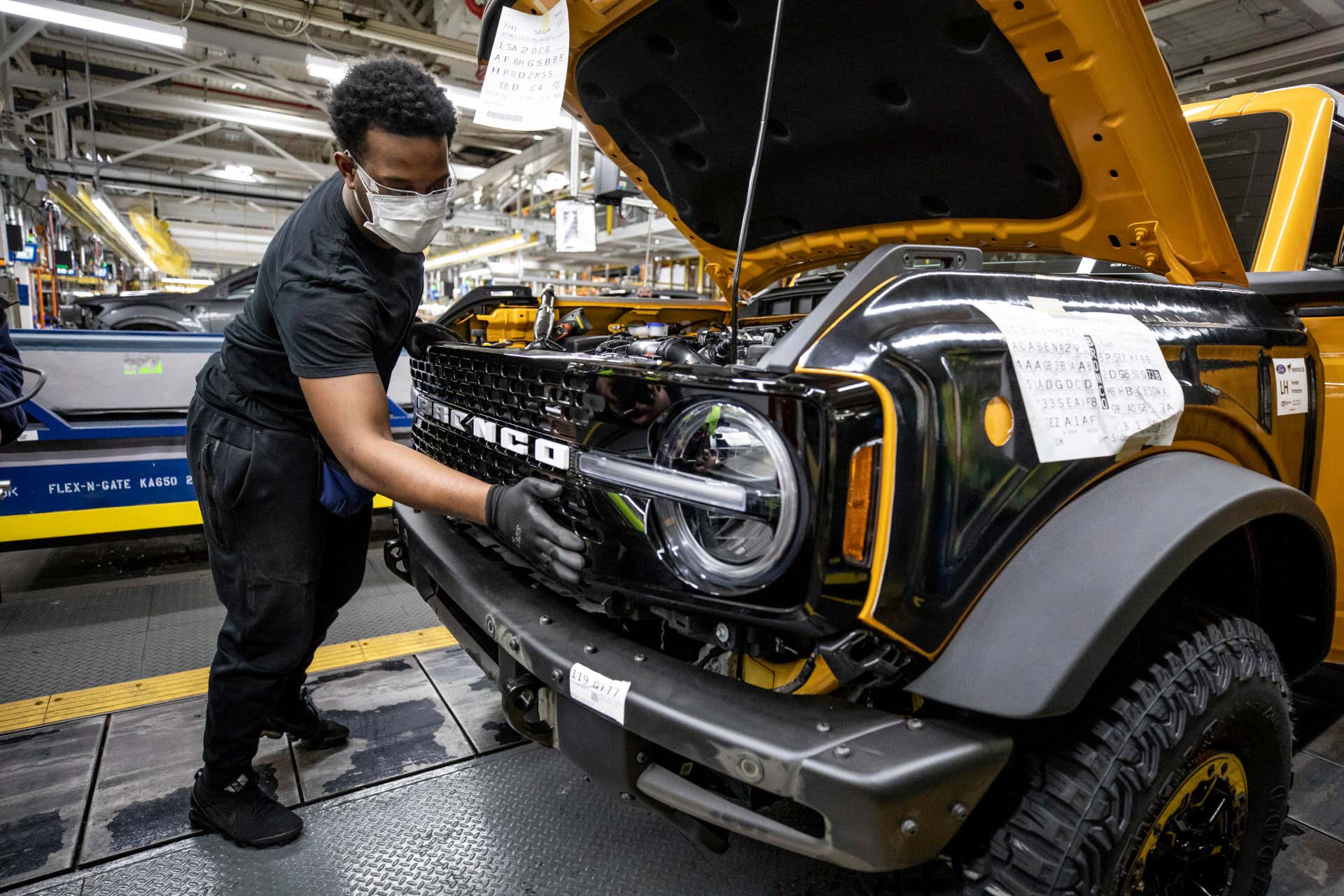 The new Bronco is being built in Ford’s Michigan Assembly Plant, which saw heavy upgrades in the build up to full production. Ford invested in the plant to the tune of $750 million, claiming to have added 2700 jobs in the process. In addition, the former Wayne Assembly Plant next door has been converted into The Modification Center, a 1.7 million square foot facility where workers fit upgrade packages to new Broncos prior to shipment. Accessories like safari bars, roof racks, or sticker packs will be applied at the facility pre-delivery.

Ford is celebrating the milestone with the Bronco Celebration, a behind-the-scenes “launch experience” you can watch here from 10AM Eastern Daylight Time. With strong demand for Broncos and so many already sold, expect to see them on streets near you any day now. If you’re waiting on a Bronco yourself, fret not—you’ll be tearing up the trails in no time.