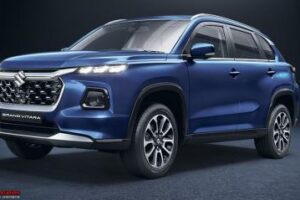 Here is a look at all the important car launches expected to take place in September 2022.

The Citroen C5 Aircross facelift is expected to be launched on September 7, 2022.

The carmaker has now released a teaser showcasing the changes made to the SUV. As part of the update, the C5 Aircross gets a redesigned front fascia with new LED headlamps and LED daytime running lights. The front bumper has also been redesigned and features a chrome lip flanked by fog lamps. The SUV is expected to retain its 2.0-litre diesel engine, paired with an 8-speed automatic transmission.

Hyundai has taken the wraps off the Venue N Line for the Indian market. Dealerships have started accepting bookings and prices will be announced on September 6, 2022.

The Venue N Line is expected to be offered in two variants – N6 and N8.

The Venue N Line will be offered with a 1.0-litre turbo-petrol engine paired with a 7-speed dual-clutch automatic transmission.

The 2022 XUV300 is expected to be launched in the Indian market this festive season.

Mahindra will introduce a new 1.2-litre turbo-petrol engine on the XUV300. The revised engine packs 130 BHP and 230 Nm. The SUV will also be offered with the 1.5-litre diesel engine, which puts out 115 BHP and 300 Nm. Transmission options will include a 6-speed manual and a 6-speed AMT.

Mahindra has released a teaser video of the XUV400 electric SUV ahead of its launch.

Mahindra is yet to announce the technical details of the XUV400. However, rumours suggest that it could be offered with a single electric motor producing 130 BHP and a 40 kWh battery pack.

The Mahindra XUV400 will compete with the Tata Nexon EV, MG ZS EV and the Kona Electric.

Maruti Suzuki has announced that the Grand Vitara will be launched in the Indian market in September.

Dealerships have been accepting bookings since July 11. The SUV is available in six variants: Sigma, Delta, Zeta, Alpha, Zeta+ and Alpha+.

Mercedes-Benz will launch the EQS 580 in India on September 21, 2022. The all-electric luxury sedan will be locally assembled at the brand’s plant in Chakan, Pune.

MG is yet to announce the launch date of its upcoming next-gen Hector SUV. The new model has been officially teased and is expected to come with significant updates, both to its exterior and interiors. However, the next-gen Hector will carry forward the same powertrain options as on the current model.

Toyota unveiled its Urban Cruiser Hyryder SUV in the Indian market back in July 2022. Bookings for the hybrid SUV have also begun, with its launch expected to take place in the coming weeks.

The Toyota Urban Cruiser Hyryder shares its underpinnings with the Maruti Suzuki Grand Vitara. Toyota is expected to launch the Hyryder before the Grand Vitara sometime this month. Both SUVs will compete with the Hyundai Creta, Kia Seltos and the likes.

Toyota is yet to reveal the launch details of the Land Cruiser LC300 in the Indian market. However, ahead of its launch, the SUV has been spotted in the country and its brochure has also been leaked.

As per the brochure, the Indian version will be powered by a 3.3-litre V6 diesel engine. This twin-turbocharged unit belts out 305 BHP and 700 Nm and will be paired with a 10-speed automatic transmission.

Reports state that dealerships have started accepting bookings for the updated XC40, with the promise of delivery in 2 months. This means we can expect the prices to be announced sometime during the festive season.

Kia has announced the launch of the Sonet X-Line. The special edition is available in petrol and diesel versions priced at Rs. 13.39 lakh and Rs. 13.99 lakh (ex-showroom) respectively.

Tata Motors has launched a new special edition of the Nexon, Nexon EV, Harrier and Safari called the Jet Edition.

According to the company, the Jet Editions are inspired by ‘Business Jets’. The SUVs come with a dual-tone exterior in Earthy Bronze and Platinum Silver roof. The cars also get Jet Black alloy wheels and silver skid plates