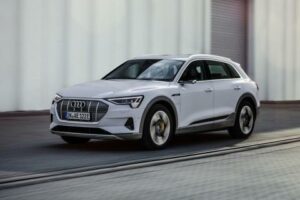 Here is a look at all the important car launches expected to take place in July 2021.

The month of July 2021 is expected to witness a number of new cars being launched in the market. Here are all the important ones.

Audi is all set to introduce its first electric offering in India, in the form of the e-tron SUV and e-tron Sportback. Bookings for both models have already begun, with their launch expected in the coming weeks.

Both, the Audi e-tron SUV & Sportback models come powered by a 95 kWh lithium-ion battery pack, paired with two electric motors – one at each axle. The electric powertrain produces 355 BHP & 561 Nm. This is further boosted to 402 BHP and 664 Nm for 8 seconds in ‘S’ mode. The two electric offerings are also said to offer a maximum range of 359 – 484 km on a single charge (WLTP cycle).

Jaguar is all set to launch the range-topping F-Pace SVR SUV in India later this month. The British carmaker has already commenced official bookings for the SUV.

Based on the updated F-Pace launched earlier this month, the high-performance variant of the SUV is powered by a 5.0-litre supercharged V8. It produces 543 BHP and 700 Nm and can accelerate from 0 – 100 km/h in just 4.0 seconds.

Volkswagen has been working on the Taigun crossover for the Indian market for quite a while now. While there are no official details of its launch, reports do suggest that dealers have started accepting unofficial bookings for the SUV, indicating its launch could take place in the coming weeks.

Once introduced in the market, the Volkswagen Taigun will be offered with a choice of either a 1.0-litre TSI or a 1.5-litre TSI, paired with either a choice of manual or automatic transmission units.

Tata Motors is said to be introducing the ‘Dark Editions’ of its Nexon & Altroz offerings in the coming days. Dealers are already said to have begun accepting unofficial bookings for both models.

Both the Tata Nexon & Altroz ‘Dark Edition’ models will feature a number of cosmetic updates, inside and out. However, they will remain mechanically unchanged, featuring the same set of engine and transmission options as the standard trims.

Mercedes-Benz has confirmed that it will be introducing two new AMG models in the Indian market on July 15, 2021. These include the AMG E 53 and the AMG E 63 S.

Lamborghini has released a new teaser of the Huracan STO supercar for the Indian market. The new V10 supercar will go on sale in the country on July 15, 2021.

The Lamborghini Huracan STO is inspired by the brand’s Huracan GT3 EVO race car. It comes powered by a 5.0-litre naturally-aspirated V10 producing 631 BHP and 565 Nm, paired with a 7-speed DCT transmission. The Huracan STO is said to be capable of accelerating from 0 – 100 km/h in 3 seconds and has a top speed of 310 km/h.