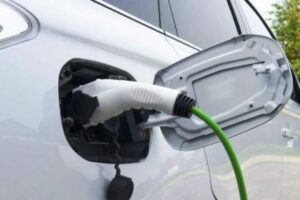 With the rapid adoption of electric mobility, there has been a lot of focus on improving the battery technology in electric vehicles. Most EV manufacturers currently use lithium-ion batteries for their vehicles. However, over the years multiple alternative battery technologies have been researched upon.

Now, a group of researchers at Harvard University’s School for Engineering & Applied Sciences (SEAS) has had a breakthrough with the lithium-metal battery tech.

According to a report, the researchers have managed to stabilise the lithium-metal battery and figure out a way to charge and discharge them over 10,000 times – at a high current density. This new battery technology could increase the lifespan of an electric vehicle, making it equal to or even greater than that of its conventional fuel-powered counterparts.

The researchers claim that the lifespan of EVs could extend to 10 – 15 years, without the need of replacing the batteries. Further to this, the high current density on the lithium-metal batteries could allow electric vehicles to be fully charged in just 15 to 20 minutes.

As per the report, a lithium-metal battery causes the formation of needle-like structures called dendrites, which pierce the barrier between the anode and cathode, resulting in the battery to short or catch fire.

To prevent this, the researchers at Harvard introduced multiple layers of varying stability between the anode and cathode. These multiple layers contain the dendrites, allowing the battery to last for a much longer duration.

The researchers also stated that their proof-of-concept design confirms that solid-state lithium-metal batteries could compete with commercial lithium-ion battery tech. However, there are still a number of practical challenges to overcome, before scaling things up to the level of mass production.